Does anyone work out ways of relating trained networks by symbolic logic?

So "dog AND shirt" would amount to AND'ing the output of two nets (Which I believe is described here).

But this operation AND could be replaced with a more complicated operation. And in principle I could "train" a network to act as one of these operations.

For instance maybe I could figure out the net that describes some changeable output "X" being "on the shirt." This would be sort of like a "functional" in mathematics (in which we are operating are considering the behavior of a network whos input could be any network).

If I can figure out this "functional" then I would be able to use is symbolically and determine queries like "dog on the shirt"? - "cat on the shirt"?

It seems like to me there's a lot of sense to turn specific neural networks into more "abstract" objects - and that there would be a lot of power in doing so.

I think you would be interested in Neural-Symbolic Learning and Reasoning, a recent survey on the intersection between connectionist models (e.g. neural nets) and symbolic reasoning. It's a long paper, but it has a lot in it that is relevant to your question, if you're willing to dig. For example, it talks about learning networks that implement boolean logic. 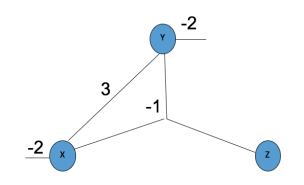 The closest thing I could find to the "functionals" you mentioned was a discussion on learning "relations" with neural networks. For this, it cited Neural-Symbolic Cognitive Reasoning, a book also about the intersection between neural networks and symbolic reasoning. In Chapter 10, it gives the example of teaching a neural network to learn the relation of "grandparent."

I could imagine something like this being done with the example inputs being image features from a CNN. Perhaps then you could start learning functionals like "on the shirt."

4
Is it possible to combine two neural networks trained on different tasks into one that knows both tasks?