I came across these 2 algorithms, but I cannot understand the difference between these 2, both in terms of implementation as well as intuitionally.

So, what difference does the second point in both the slides refer to? 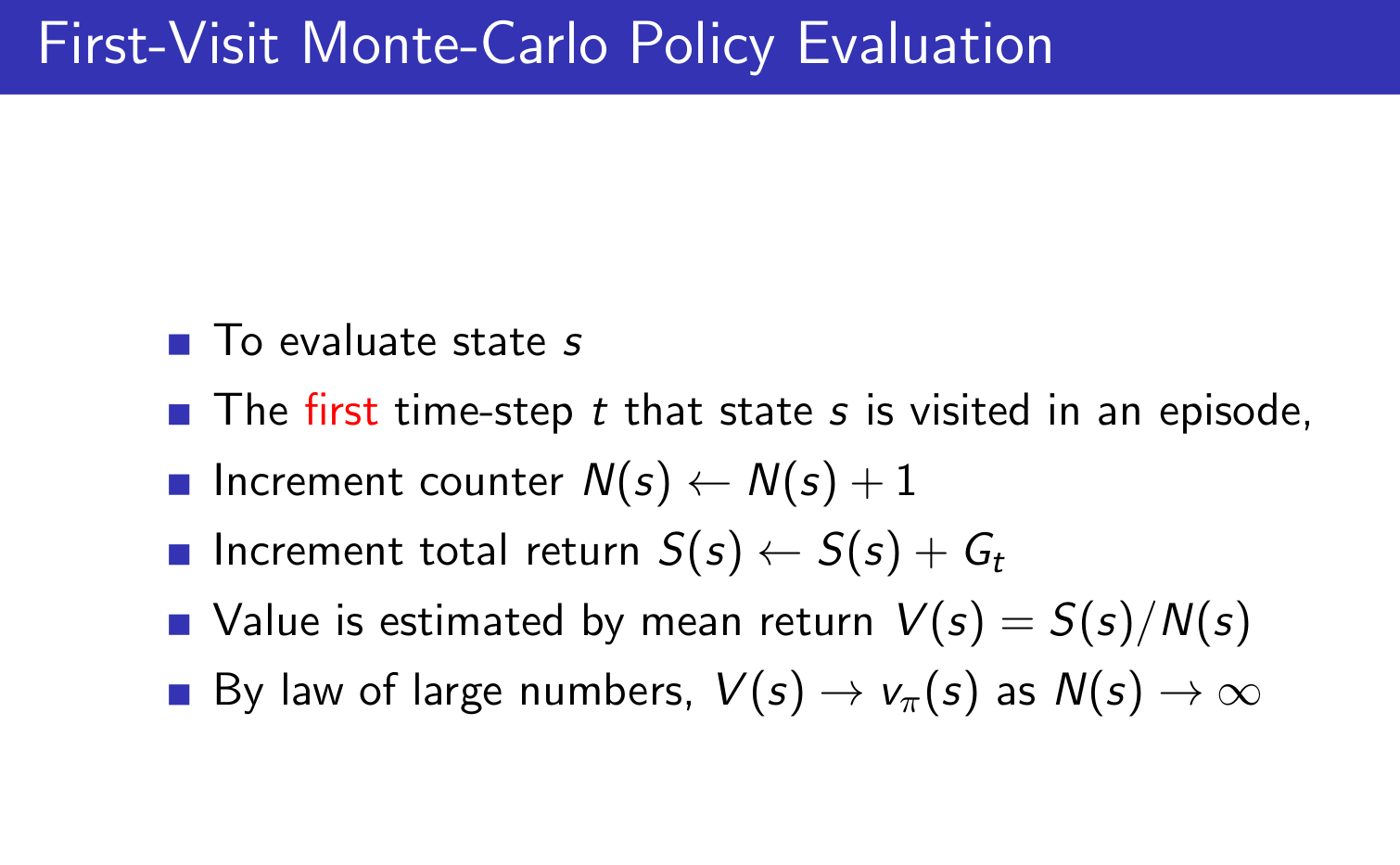 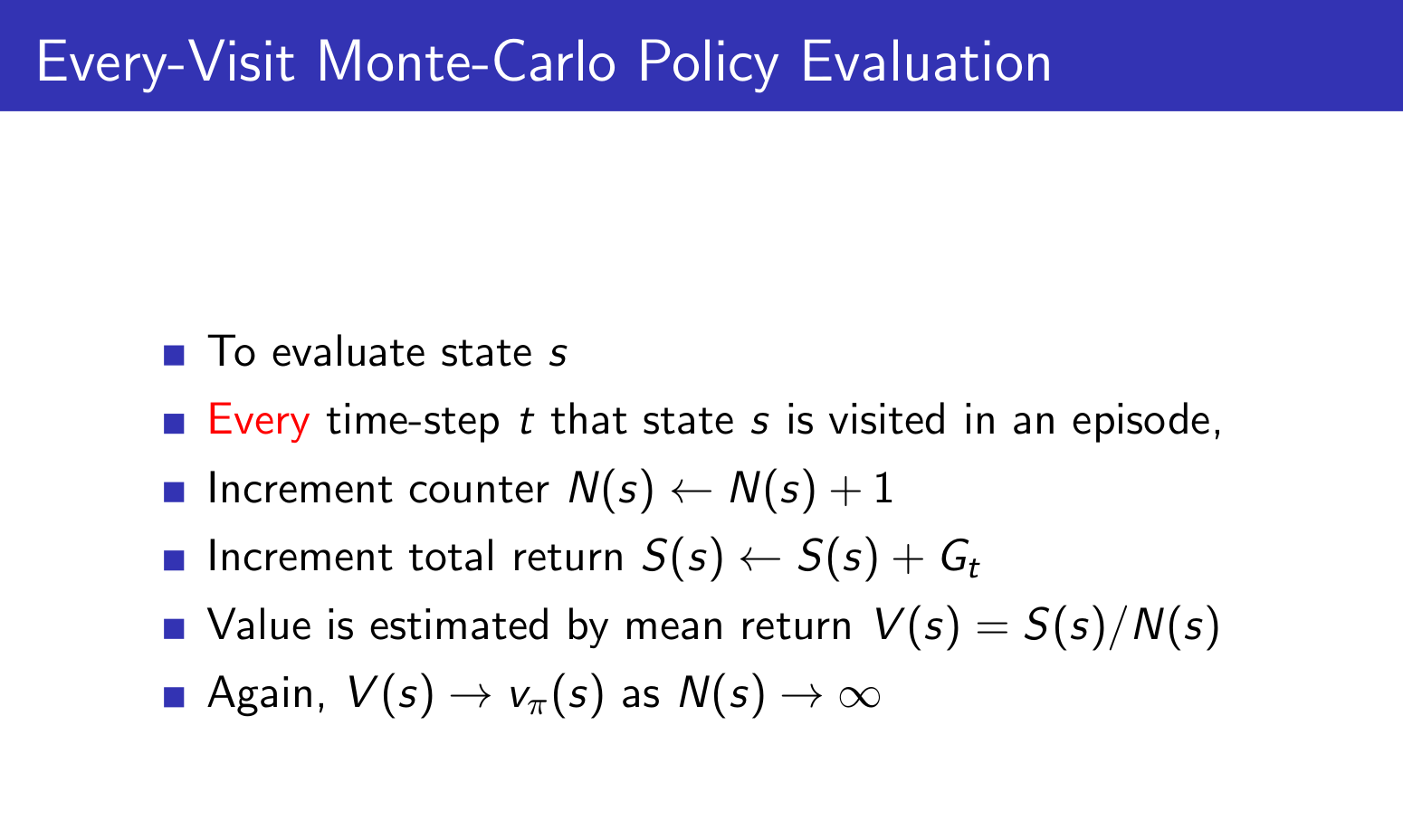 The first-visit and the every-visit Monte-Carlo (MC) algorithms are both used to solve the prediction problem (or, also called, "evaluation problem"), that is, the problem of estimating the value function associated with a given (as input to the algorithms) fixed (that is, it does not change during the execution of the algorithm) policy, denoted by $\pi$. In general, even if we are given the policy $\pi$, we are not necessarily able to find the exact corresponding value function, so these two algorithms are used to estimate the value function associated with $\pi$.

Intuitively, we care about the value function associated with $\pi$ because we might want or need to know "how good it is to be in a certain state", if the agent behaves in the environment according to the policy $\pi$.

In the case of MC algorithms, $G_t$ is often defined as $\sum_{k=0}^T R_{t+k+1}$, where $T \in \mathbb{N}^+$ is the last time step of the episode, that is, the sum goes up to the final time step of the episode, $T$. This is because MC algorithms, in this context, often assume that the problem can be naturally split into episodes and each episode proceeds in a discrete number of time steps (from $t=0$ to $t=T$). 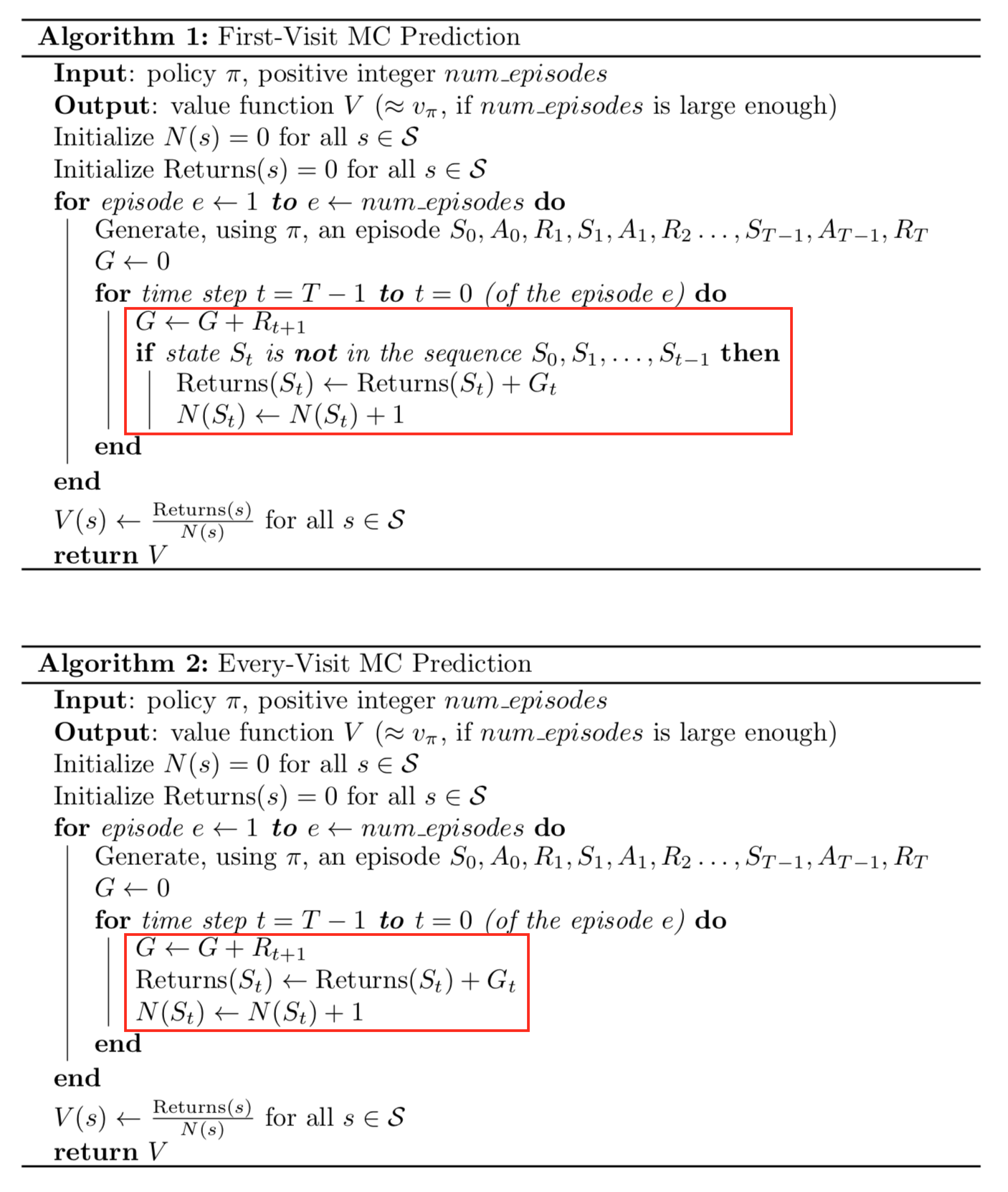 $N(s)$ is a "counter" variable that counts the number of times we visit state $s$ throughout the entire algorithm (i.e. from episode one to $num\_episodes$). $\text{Returns(s)}$ is a list of (undiscounted) returns for state $s$.

I think it is more useful for you to read the pseudocode (which should be easily translatable to actual code) and understand what it does rather than explaining it with words. Anyway, the basic idea (of both algorithms) is to generate trajectories (of states, actions and rewards) at each episode, keep track of the returns (for each state) and number of visits (of each state), and then, at the end of all episodes, average these returns (for all states). This average of returns should be an approximation of the expected return (which is what we wanted to estimate).

Do not get confused by the fact that, within each episode, we proceed from the time step $T-1$ to time step $t = 0$, that is, we process the "episode sequence" backwards. We are doing that only to more conveniently compute the returns (given that the returns are iteratively computed as follows $G \leftarrow G + R_{t+1}$).

For more info regarding these two algorithms (for example, the convergence properties), have a look at section 5.1 (on page 92) of the book "Reinforcement Learning: An Introduction" (2nd edition), by Andrew Barto and Richard S. Sutton.

For anyone coming across this question and wants a very intuitive understanding of first and every visit monte-carlo, look at the answer given in the link provided here.

After looking at that intuition, then you can come back and look at nbroz answer provided above.

Hope this helps anyone struggling with this idea

4
What is the difference between return and expected return?
2
Difficulty understanding Monte Carlo policy evaluation (state-value) for gridworld