The question already has some answer. But I am still finding it quite unclear (also does $\pi(s)$ here mean $q(s,a)$ ?): 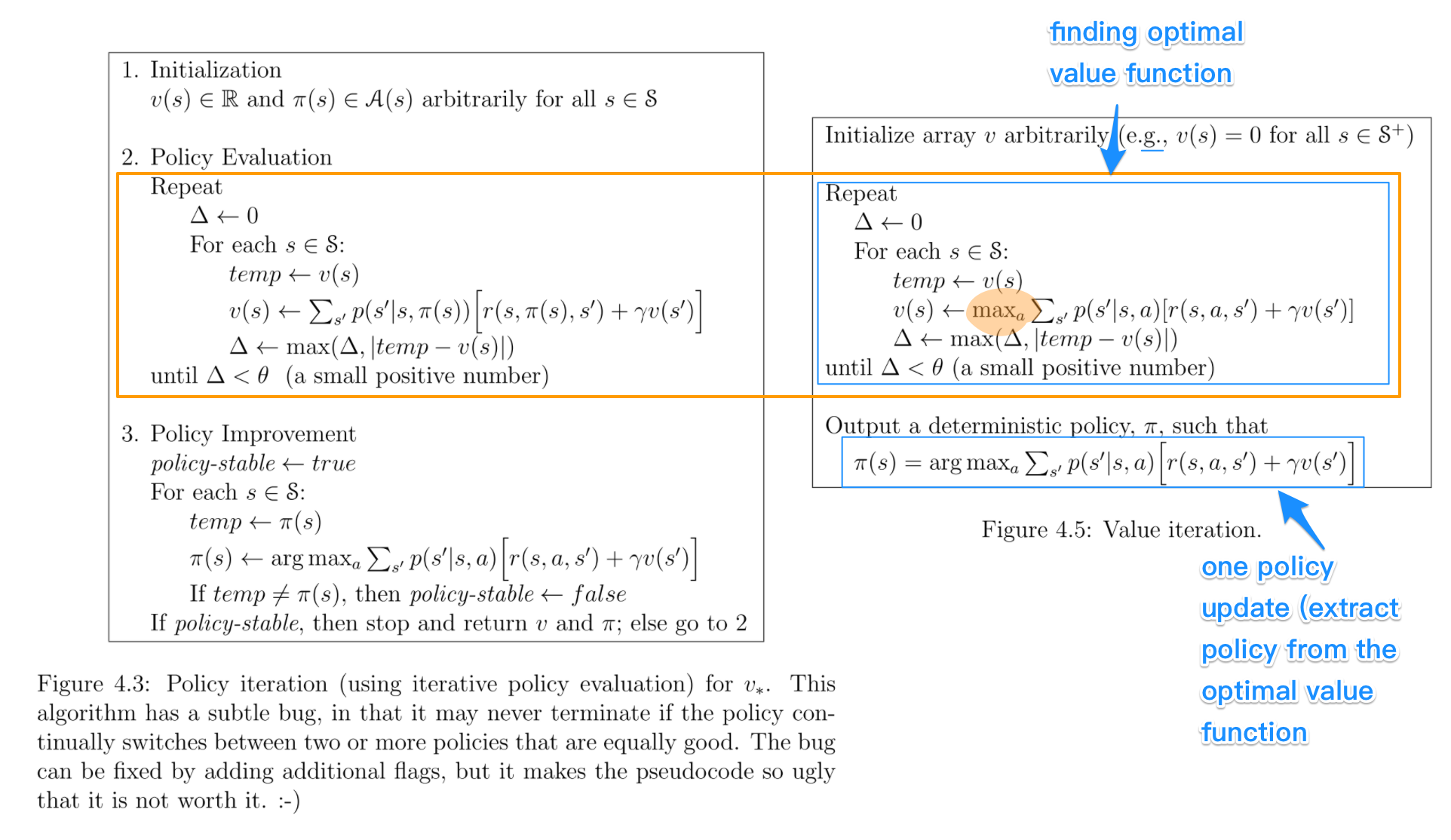 The few things I do not understand are:

NOTE: I have been thinking of all the algorithms in context of Gridworld, but if you think there is a better example to illustrate the difference you are welcome.

$\pi(s)$ does not mean $q(s,a)$ here. $\pi(s)$ is a policy that represents probability distribution over action space for a specific state. $q(s,a)$ is a state-action pair value function that tells us how much reward do we expect to get by taking action $a$ in state $s$ onwards.

For the value iteration on the right side with this update formula:

we have an implicit greedy deterministic policy that updates value of state $s$ based on the greedy action that gives us the biggest expected return. When the value iteration converges to its values based on greedy behaviour after $n$ iterations we can get the explicit optimal policy with:

For the policy evaluation on the left side with this update formula:

we have an explicit policy $\pi$ that is not greedy in general case in the beginning. That policy is usually randomly initialized so the actions that it takes will not be greedy, it means we can start with policy that takes some pretty bad actions. It also does not need to be deterministic but I guess in this case it is. Here we are updating value of state $s$ according to the current policy $\pi$.
After policy evaluation step ran for $n$ iterations we start with the policy improvement step:

1
What is the difference between value iteration and policy iteration?

5
How is the fitted Q-iteration algorithm related to $Q^*(s, a)$, and how can we use function approximation with this algorithm?
3
Can someone please help me validate my MDP?
1
Monte Carlo epsilon-greedy Policy Iteration: monotonic improvement for all cases or for the expected value?
1
Equivalence of the $Q(s,a)$ and $V(s)$ under optimality conditions?
2
What is the difference between terminal state, nonterminal states and normal states?
1
In value iteration, what happens if we try to obtain the greedy policy while looping through the states?