What is an artificial neural network?

It is apparently used to find patterns in data and it is loosely inspired by human neural networks.

An (artificial) neural network (NN) can be described at different levels of detail, but, essentially, an NN is a data structure (or model), which behaves like a function: that is, it can receive one or more inputs and it produces one or more outputs.

The number of nodes and the connections between them defines the architecture of the NN and, intuitively, its "expressivity", that is, the number or type of functions it can approximate. Each node in an NN often computes a "function" of its inputs: for example, it could sum the inputs.

The weights of the edges connecting the nodes can change, during a "learning or training phase", so that the NN produces the desired outputs given certain inputs. For example, we can train an NN to "approximate" the function $f(x) = x$. Thus, an NN is often described as a "function approximator".

There are several algorithms that can be used to "train" an NN to approximate a desired (and often unknown) function. The most common one is based on an optimisation algorithm (like gradient descent) and the back-propagation algorithm. In order to approximate a function, an NN requires data, often in the form of pairs of inputs and outputs, $(x, y)$, where $x$ is the input and $y$ is the output of the function $f$ (that we want to approximate). Intuitively, after the learning phase, an NN that receives an input similar to $x$, denoted by $x'$, will then produce an output similar to $y$, $y'$.

There are a lot of tasks that can be thought of as functions. For example, the task of machine translation can be thought of as a function $f(x) = y$, where the input, $x$, is a sentence in one language (e.g. English) and the output, $y$, is a sentence in another language (e.g. Chinese). In this case, $f$ is unknown (to a lot of people), but an NN can still learn (from the data) an approximation of it. Therefore, NNs have wide applicability and are thus quite useful.

You can find a lot of content regarding the mathematical definitions. Let's take it simpler: It is a universal function approximator. Think about this: 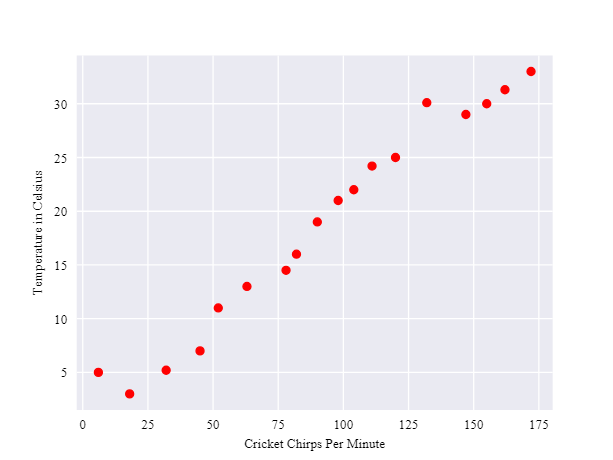 You can approximate this locus with a line, two parameters: slope and offset. That's the simplest you can do, with a straight line.

Now, Think about this: 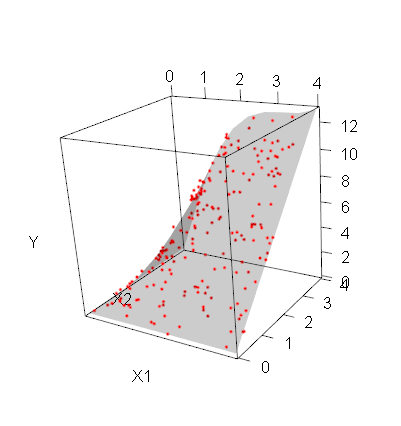 You approximated it with planes and curvatures, didn't you? That's a little gist of what Neural Networks do.

We think it is artificial intelligence, and it has worked out pretty well so far.

The definition of an artificial neural network is a challenge. The most traveled sites on the Internet do not provide any adequate formal definitions and include much misconception. Wikipedia's articles contain some truth but read much like a blog in places, with too much ambiguity and misconception to be considered authoritative.

The question in the body of this question is phrased in the wider field of AI rather than in the narrower sub-field of machine learning, which is excellent.

That's the question to be answered in this particular post.

The answer given in the question is a synopsis of common understanding in a single sentence.

This synopsis sentence is an accurate representation of common understanding, but it that common conception is inaccurate in a few ways.

What Then is an Artificial Network in the Context of AI?

Whatever definition we pick, it must apply to unadorned feed forward networks, CNNs, attention based networks, GRU cell networks, and other designs inspired by the original Perceptrons and CNNs, developed prior to the discovery of usable gradient descent and back-propagation mathematics and corresponding software technique.

Our fitting of artificial networks into the context of AI is limited by the lack of cross-cultural or academic consensus on what intelligence is. Because of that, we cannot yet produce a formal definition on what qualifies as artificial intelligence.

Allan Turing's Imitation Game was intended by him to be a thought experiment to consider what we think of as intelligence when in conversation. He never intended it to be a definition or a test of intelligence, but rather a way to test natural language and perhaps cognitive ability in machines against a human. If the machine could not be differentiated from the human in a double blind experiment, then the machine was, at at least a superficial level, acting human.

Let's consider what is common to all contemporary artificial networks.

Although there are many other characteristics that are common across many artificial network types, such as gradient descent, back-propagation, learning rate strategies, the set of commonly used activation functions, hyper-parameters, batching, data set analytics, approaches to training and use, and libraries used, none of these are absolute requirements on a design that makes it an artificial network. These three sum up the universal requirements.

We can see that components with the above three characteristics have been used effectively in many systems that bear marks of intelligence. Some of the most notable cases can be enumerated.

The question of whether these abilities are examples of intelligence is debated. Artificial networks cannot get honest and explain to some humans why it made a particular game move, how it determined what pixels were what object, or what it had in mind when producing a new living room interior design. Artificial networks are not yet cognitive in the way a cognitive scientist uses that term, although no one has proved that they cannot one day develop cognitive abilities.

Artificial Neural Network (ANN) is a technique or approach to information processing that is inspired by the workings of the biological nervous system, especially on human brain cells in processing information.

Artificial neural networks are one of the main tools used in machine learning. As the “neural” part of their name suggests, they are brain-inspired systems which are intended to replicate the way that we humans learn. Neural networks consist of input and output layers, as well as (in most cases) a hidden layer consisting of units that transform the input into something that the output layer can use. They are excellent tools for finding patterns which are far too complex or numerous for a human programmer to extract and teach the machine to recognize.

While neural networks (also called “perceptrons”) have been around since the 1940s, it is only in the last several decades where they have become a major part of artificial intelligence. This is due to the arrival of a technique called “backpropagation,” which allows networks to adjust their hidden layers of neurons in situations where the outcome doesn’t match what the creator is hoping for — like a network designed to recognize dogs, which misidentifies a cat

Not the answer you're looking for? Browse other questions tagged neural-networks machine-learning ai-basics terminology definitions or ask your own question.