How does Monte Carlo Tree Search UCT exploitation value change based on perspective?

In this blog toward the end, the author writes the following: 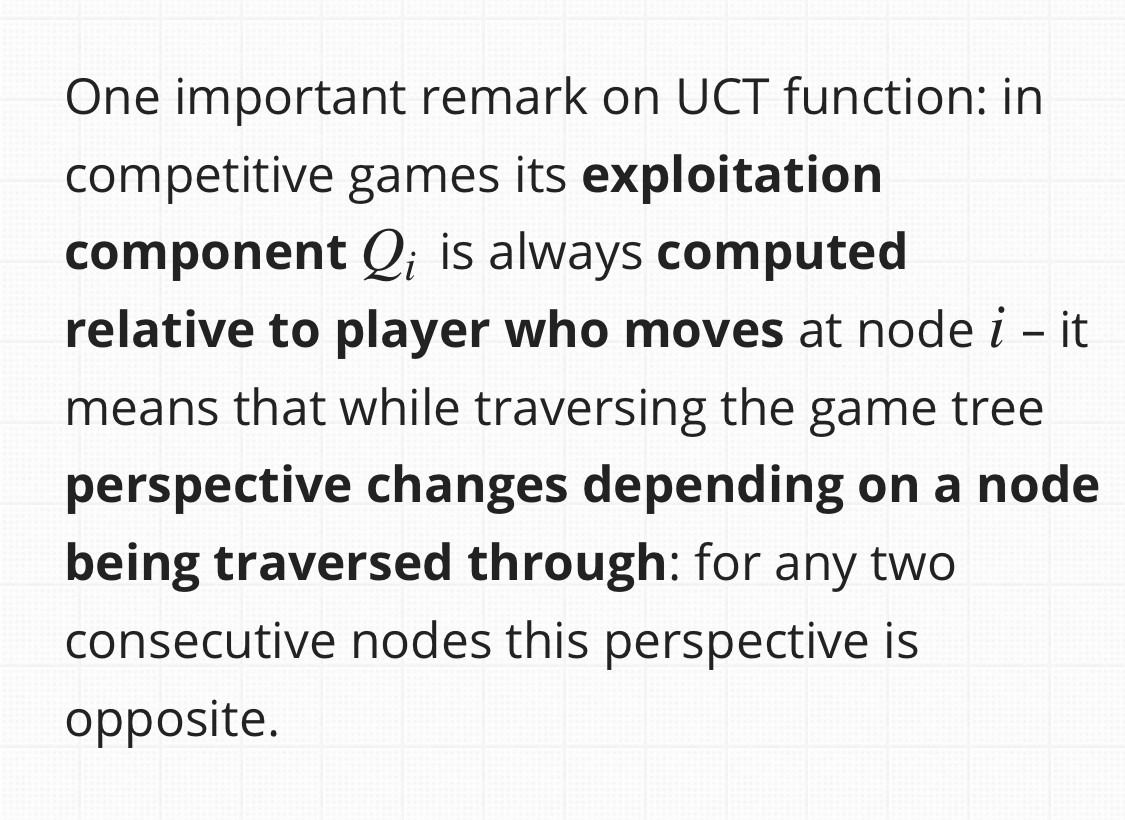 For the sake of my question, let’s assume that a terminal state gives a reward of +1 for a win and -1 for a loss.

When the author says “for any two consecutive nodes this perspective is opposite,” does that mean that if $Q_i$ is positive (for example, 4) for player A at a given node, the same node will have the negative of that value for player B (-4 in my hypothetical)?

Do I need to compute two statistics to store the node value (one for each player) or can I simply store statistics for one player and flip the sign at every consecutive node?

In a tree representation of a 2-player game, each level will represent player A and player B alternately. So you will add 1 to every other node. I don't think it makes sense to add negative values to Qi.

So to answer your question: You only need to store N and Q for each node, where N is the total number of times that node was in the path of a simulated node and Q is the number of times it won, out of those simulations.

I can give you the example of the way I implemented that part, in a board game I saved in the state class a variable which said who the next player was ( 1 or 2). So I would know that in that state (each node is a state) the player who made the last move was the other one (by the formula: player = 3 - next_player), and I would add 1 to the Qi of those nodes.

Not the answer you're looking for? Browse other questions tagged monte-carlo-tree-search implementation or ask your own question.