The problem with the Gambler's Problem in RL

Recently I simulated the Gambler's Problem in RL: 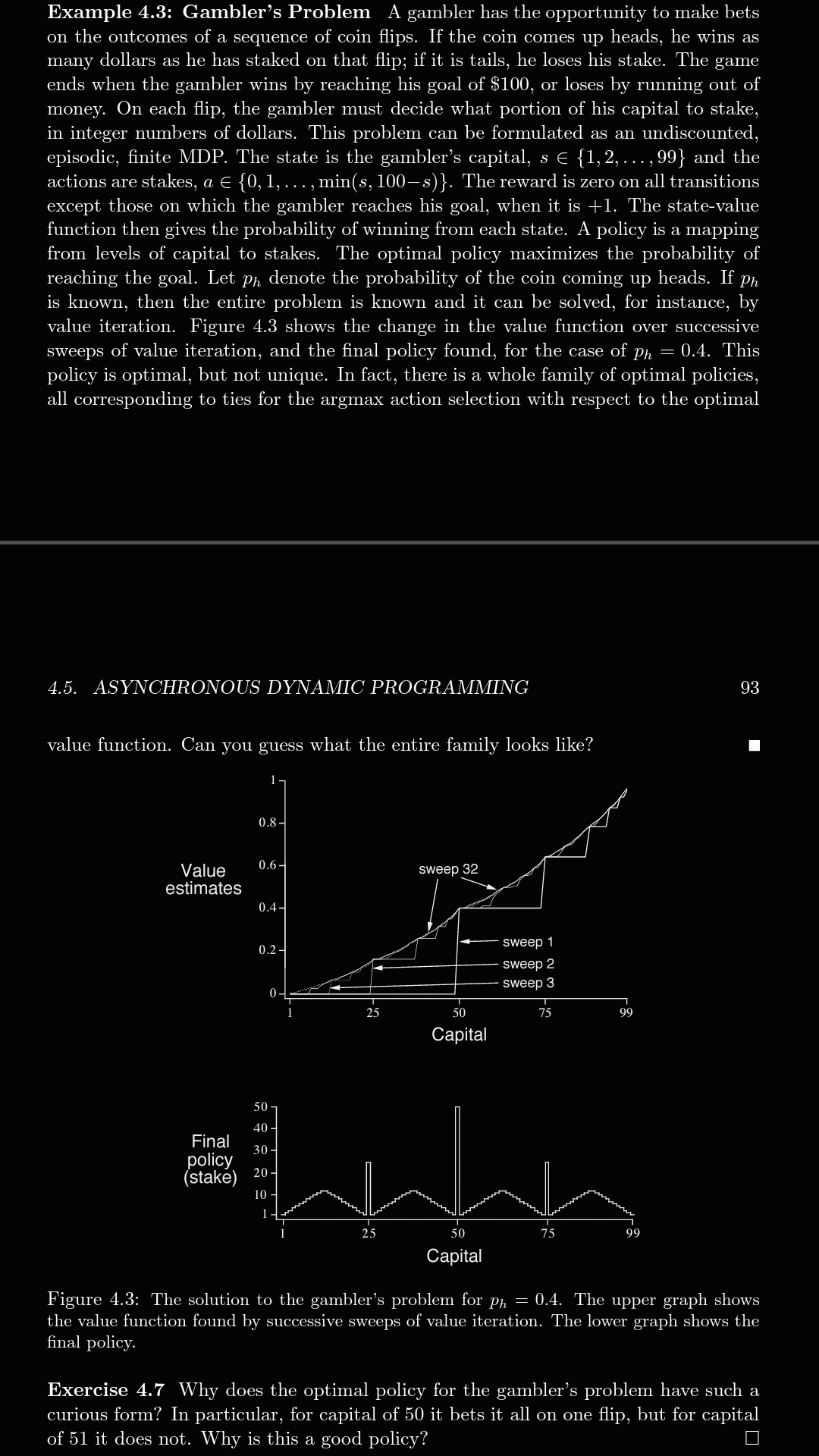 Now, the problem is, the curve does not at all appear the way as given in the book. The "best policy" curve appears a lot more undulating than it is shown based on the following factors:

Also note that if we make the final reward as 101 instead of 100 the curve becomes more uniform. This problem has also been noted in the following thread.

So what is the actual intuitive explanation behind such a behaviour of the solution. Also here is the thread where this problem is discussed.

The intuitive explanation is that there are many equally good "optimal" policies. This is mentioned at the end of the example problem description you posted. My gut says that the family of optimal policies would be any policy from the double/nothing family. So, for example, if you bet 25 on the first bet instead of 50, I think your overall chances of winning should be the same as if you bet 50, it'll just take longer in expectation. The resulting family of policies will look more undulating than the one in the book.

As Neil notes, for low values of $p$, the probability that you win a gamble, it is the case that there is a unique optimal policy.

Not the answer you're looking for? Browse other questions tagged reinforcement-learning probability or ask your own question.

1
Agent in toy environment only learns to act optimally with small discount factors
3
Understanding the update rule for the policy in the policy iteration algorithm
0
How does AlphaZero use its value and policy heads in conjunction?
3
Can someone please help me validate my MDP?
1
Why is the “reward to go” replaced by Q instead of V, when transitioning from PG to actor critic methods?