Reward does not increase for a maze escaping problem with DQN

I am using deep reinforcement learning to solve a classic maze escaping task, similar to the implementation provided here, except the following three key differences:

Regarding the implementation, I basically do not change the agent setup except the above items, and I implemented my env to wrap my customized maze.

But the problem is that, the accumulated reward (first 200 rounds of successful escaping) does not increase: 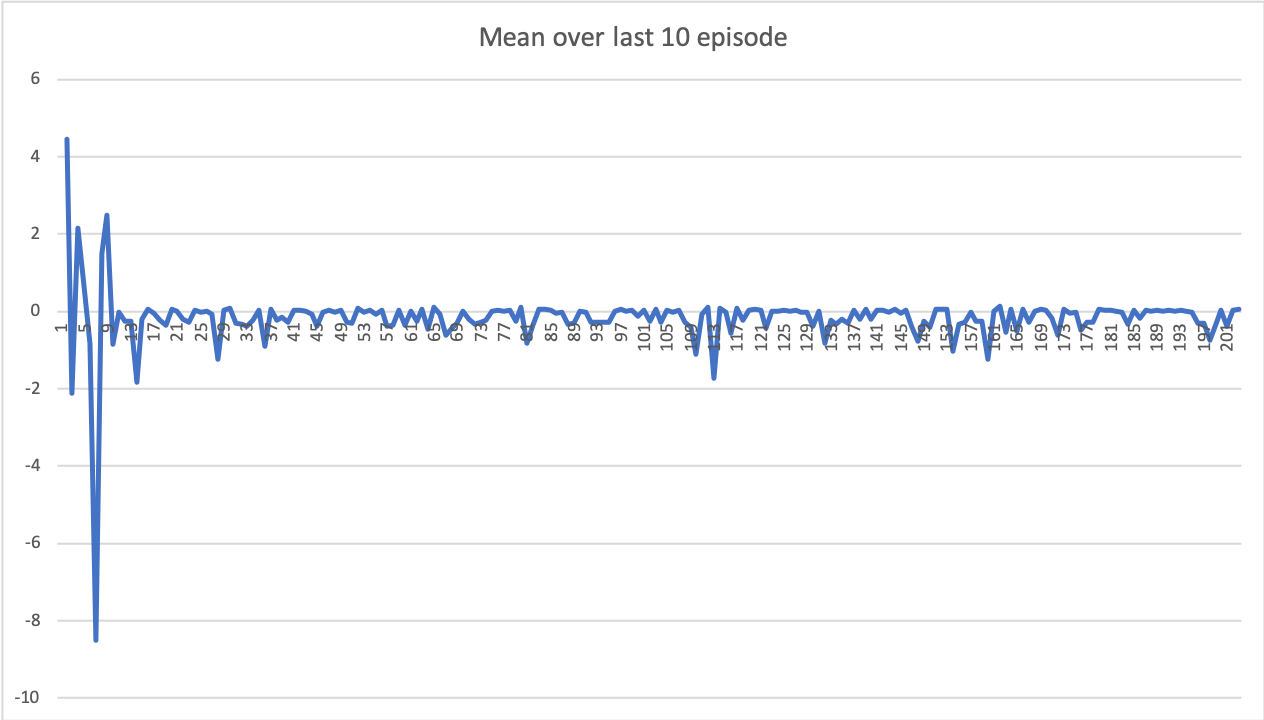 And the number of steps it takes to escape one maze is also stable somewhat:

Here are my question, on which aspect I could start to look at to optimize my problem? Or is it still too early and I will need to train more time?

You should use an algorithm to try doing a solve for the maze optimally, maybe A* algorithm. If the optimal steps is also in the range of your network, your network may have reached it's best. If the optimal step is much less, you can try increasing the step penalty and increasing the reward for reaching the end. Hope you can succeed in this problem.

Not the answer you're looking for? Browse other questions tagged deep-learning reinforcement-learning deep-rl or ask your own question.

3
Experience Replay Not Always Giving Better Results
0
Problem over DQN Algorithm not converging on snake
2
NoisyNet DQN with default parameters not exploring
2
Immediate reward received in Atari game using DQN
1
How does the gradient increase the probabilities of the path with a positive reward in policy gradient?