I came across the $TD(0)$ algorithm from Sutton and Barto: 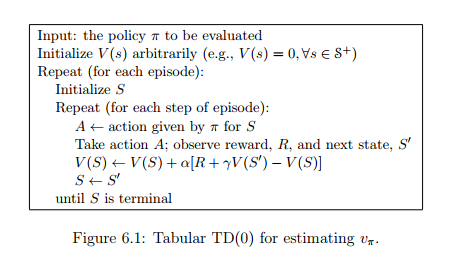 Clearly, the only difference of TD methods with the MC methods is that TD method is not waiting till the end of the episode to update the $V(s)$ or $Q(s,a)$, but according to David Silver's lecture (Lecture 4- ~34:00), 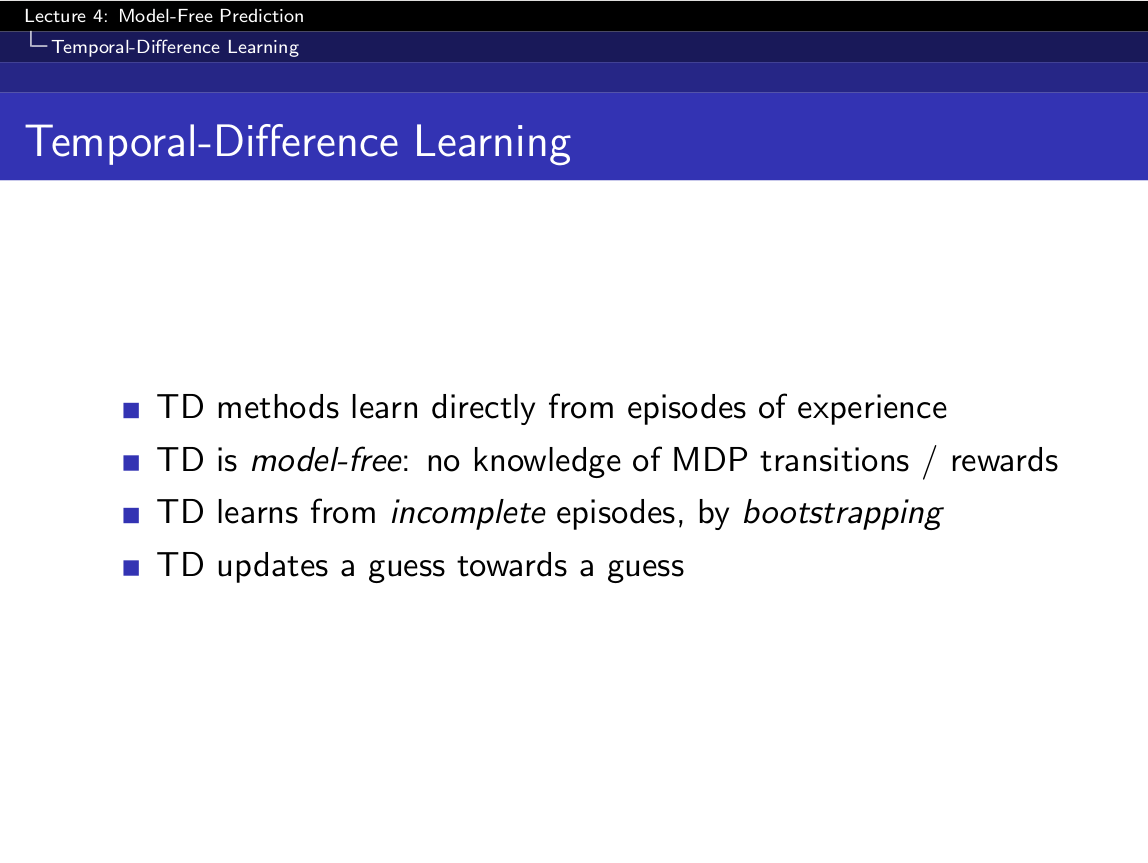 The $TD(0)$ algorithm learns from incomplete episodes, but in the earlier algorithm we can see that the loop repeats until $s$ is terminal which mean completion of episode.

So does David Silver by learning from incomplete episodes, mean learning of $V(s)$ even when the episode is not completed? Or Did I interpret the algorithm wrong? If so what is the correct interpretation?

The $TD(0)$ algorithm learns from incomplete episodes, but in the earlier algorithm we can see that the loop repeats until $s$ is terminal which mean completion of episode.

Apparently, you're confusing two things: the fact that each episode ends in a terminal state and the fact that TD learns from incomplete information. Each episode ends in a terminal state (otherwise it would not be called an episode), but this does not mean that it collects a full rollout before updating $V$. In fact, at each step of the episode, it updates $V$.

The information in the David Slider's slide is consistent with the pseudocode. TD learns from experience because it uses the given policy $\pi$ to behave.

learning from incomplete episodes, mean learning of $V(s)$ even when the episode is not completed

Yes, essentially you're updating the value function during each step of each episode.

6
How to implement exploration function and learning rate in Q Learning
1
SARSA won't work for linear function approximator for MountainCar-v0 in OpenAI environment. What are the possible causes?
2
Are these two definitions of the state-action value function equivalent?
1
Is the distribution of state-action pairs from sample based planning accurate for small experience sets?