Can human intelligence be measured with a stop watch?

According to outdated mainstream psychology, human intelligence is equal to the IQ test result, which is the ability of a human to solve a complex task. The idea is, that human A is able to tackle a problem, while human B is not and so the measured intelligence is different. But there is an alternative technique available which can be used for determine machine intelligence as well. The instrument for doing so isn't the IQ test, but a stop watch. Which means, both humans are able to solve the task, but human A can do so faster. This is equal to a higher intelligence.

If we are converting this idea into the subject of artificial intelligence, than the fastest robot is automatically the brightest one. If the camera is able to perceive the objects with 100 fps, than the system is more powerful to a camera which is restricted to 20 frames per second. And if the robot hand can do 3 picks per seconds, it's better than a robot which can only provide 1 picks per second. Time is money, and time is intelligence. That's the basic idea. 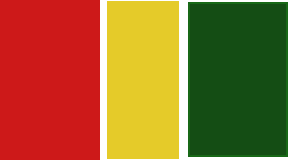 both humans are able to solve the task, but human A can do so faster. This is equal to a higher intelligence.

No. I don't think this follows. As one example, of many, there are plenty of high achievers with dyslexia (Einstein amongst them) - if you had ask them to solve a problem which involved language they may well be out performed by the majority of the population.

With AI speed is probably down to how well the code is written and what its running on - little to do with the actual intelligence of the process. If we imagine two algorithms which have identical output and input but one performs the task quicker we would probably decide that algorithm was more fit for the purpose. Intelligence is about the capability to deal with problems (and variations on those) than the speed at which those are performed.

Not the answer you're looking for? Browse other questions tagged intelligence-testing or ask your own question.