Why is the entire area of a join probability distribution considered when it comes to calculating misclassification?

In the image given below, I do not understand a few things

3) Similarly, why is the blue area a misclassification? Any $x >$ the decision boundary belongs to $C_2$ and is also classified as such... 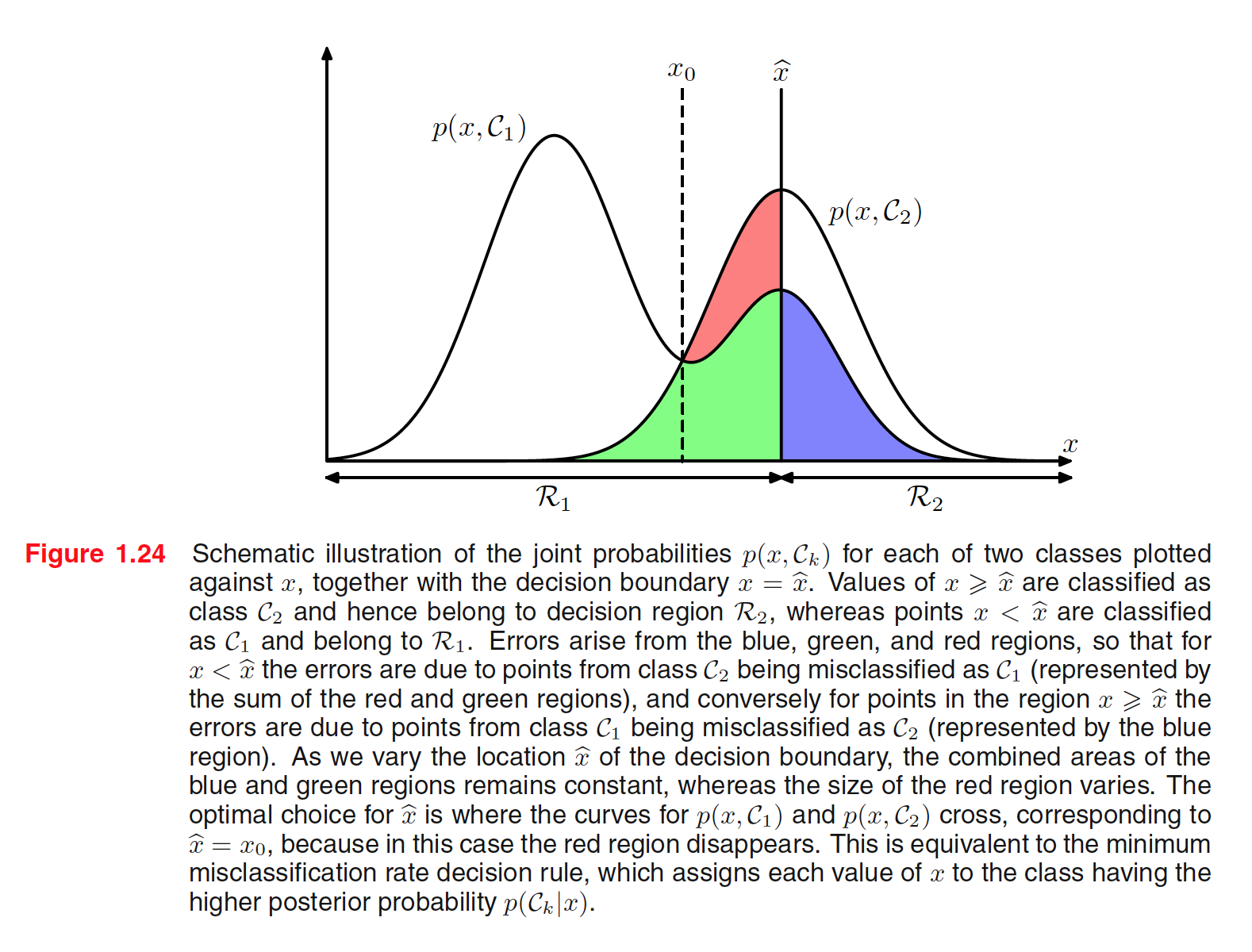 The misclassifications that could arise if $\hat{x}$ is used as decision boundary are:

2) Why is the green area with x < x0 a misclassification?

It's classified as C1 and it is supposed to be C1 right?

The point is not supposed to be from $C_1$, even if the density of the joint prob. distribution of $(x, C_1)$ has higher values. It could well be from $C_2$. And, when one classifies the same data point as being from class $C_1$ and make an error. This is why the whole area under the curve $p(x, C_2)$ has been painted green -- which means that there is some probability that a point could be from the distribution $p(x, C_2)$ and if we blindly label all the points to be from $C_1$ will certainly lead to some misclassifications.

Not the answer you're looking for? Browse other questions tagged machine-learning probability decision-theory probability-distribution .