Is there any board game where a human can still beat an AI?

Significant AI vs human board game matches include:

which demonstrated that AI challenged and defeated professional players.

Are there known board games left where a human can still win against an AI? I mean based on the final outcome of authoritative famous matches, where there is still the same board game where AI cannot beat a world champion of that game.

Current research is switching to tackling games with imperfect information. Deepmind, for example, has said they might approach Starcraft next.

I don't see too much difference between video games and board games, and there are several good reasons to switch to video games for games with imperfect information.

One is that if you want to beat the best human to be a major victory, there needs to be a pyramid of skill that human is atop of--it'll be harder to unseat the top Starcraft champion than the top Warcraft champion, even though the bots might be comparably difficult to code, just because humans have tried harder at Starcraft.

Another is that many games with imperfect information deal with reading faces and concealing information, which an AI would have an unnatural advantage at; for multiplayer video games, players normally interact with each other through a server as an intermediary and so the competition will be more normal.

Not all games (or even board games) are computationally algorithmic. Even the least skilled player is likely to trounce the hottest pattern-matching algorithm in a game of Pictionary (for example). 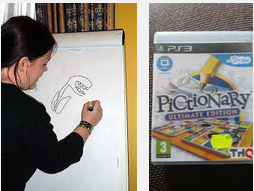 If you want to say that the movement of pieces upon successful completion of a task is only ancelary to the object of the game, than your answer will be largely self-selecting. A sufficiently sophisticated algorithm will brute force a computational problem better than human intuition… eventually.

Not the answer you're looking for? Browse other questions tagged reference-request game-theory history state-of-the-art board-games .

2
Once self-driving cars are perfected, will they replace manually driven cars?

2
Is there any flaw to this solution to the One shot prisoner's dilemma
3
How do I write a good evaluation function for a board game?
11
What are the domains where SVMs are still state-of-the-art?
1
Is there an AI technology that can predict human behaviour?
3
Strategy for playing a board game with Minimax algorithm