What is the difference between success rate and reward when dealing with binary and sparse rewards?

In OpenAI Gym "reward" is defined as:

reward (float): amount of reward achieved by the previous action. The scale varies between environments, but the goal is always to increase your total reward.

I am training Hindsight Experience Replay on Fetch robotics environments, where rewards are sparse and binary indicating whether or not the task is completed. The original paper implementing HER uses success rate as a metric in its plots, like so:

On page 5 of the original paper, it is stated that the reward is binary and sparse. 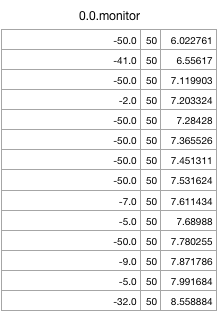 Therefore my question is: What is the reward obtained at each time-step? What does it represent and how is this different from the success rate?

Page 6 of the paper describes the exact reward functions, and why they were used:

Not the answer you're looking for? Browse other questions tagged reinforcement-learning terminology papers reward-functions hindsight-experience-replay .

5
How do we compute the target value when the agent ends up in the terminal state?
5
How to improve the reward signal when the rewards are sparse?