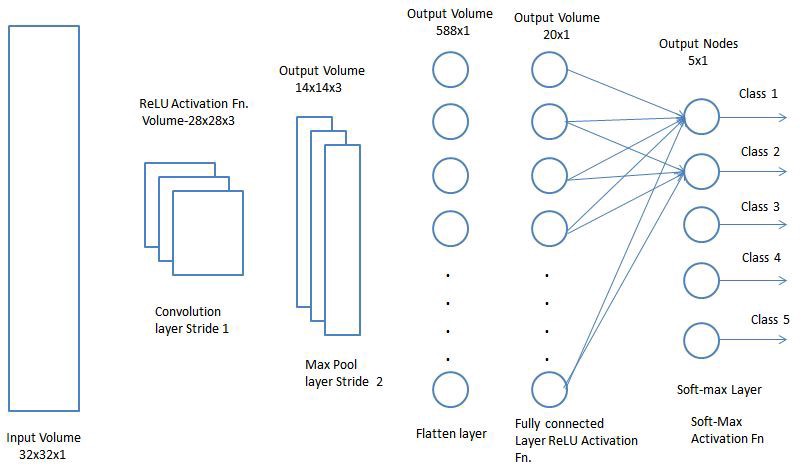 The above model is what really helped me understand the implementation of convolutional neural networks, so based on that, I've got a tricky hypothesis that I want to find more about, since actually testing it would involve developing an entirely new training model if the concept hasn't already been tried elsewhere.

I've been building a machine learning project for image recognition and thought about how at certain stages we flatten the input after convoluting and max pooling, but it occurred to me that by flattening the data, we're fundamentally losing positional information. If you think about how real neurons process information based on clusters, it seems obvious that proximity of the biological neurons is of great significance rather than thinking of them as flat layers, by designing a neural network training model that takes neuron proximity into account in deciding the structure by which to form connections between neurons, so that positional information can be utilized and kept relevant, it seems that it would improve network effectiveness.

Edit, for clarification, I made an image representing the concept I'm asking about: 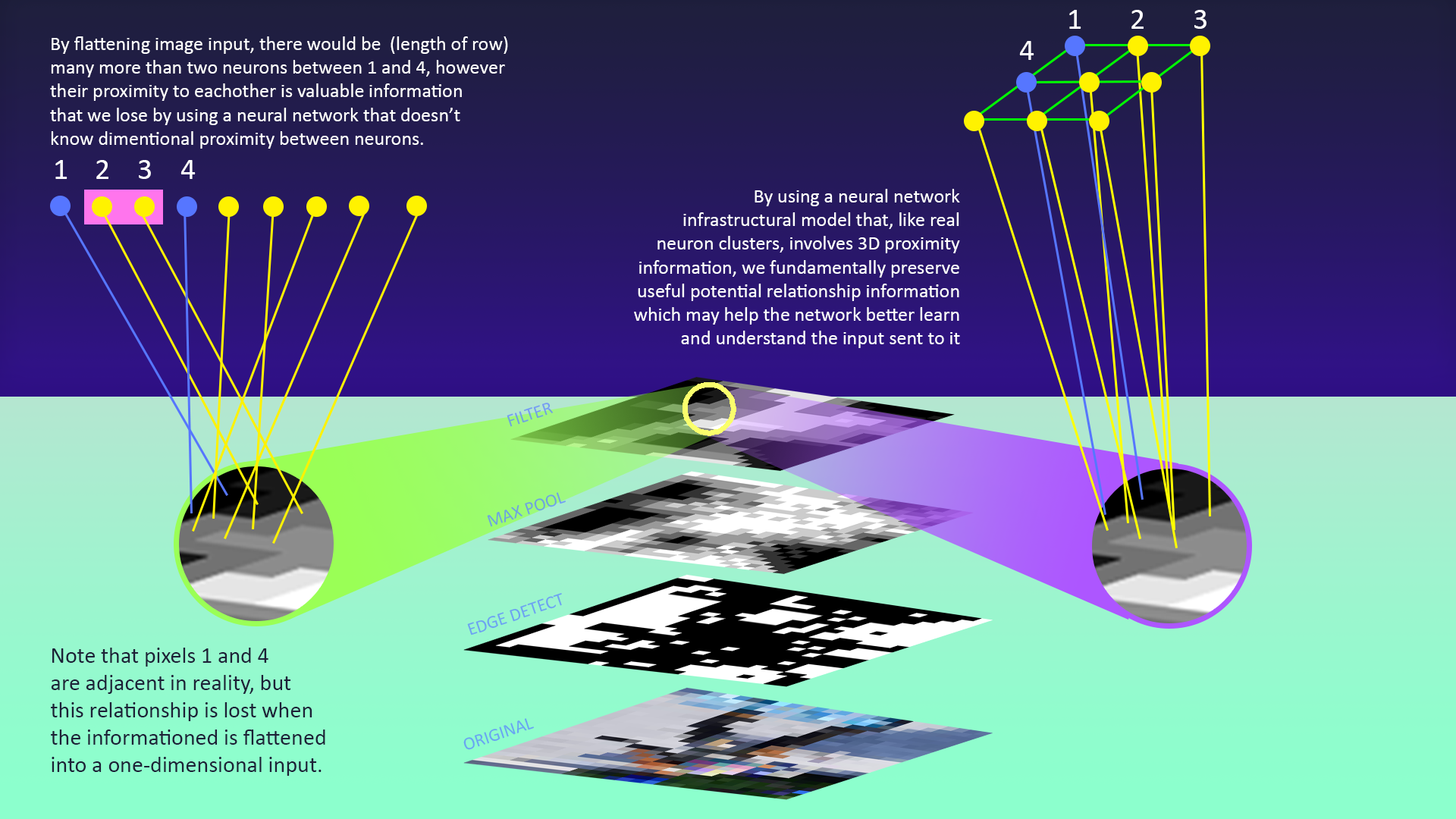 Basically: Pixels 1 and 4 are related to each other and that's very important information. Yes we can train our neural network to know those relationships, but that's 12 unique relationships in just a 3x3 pixel grid that our training process needs to successfully teach the network to value, whereas a model that takes proximity of neurons into consideration, like the real world brain would maintain the importance of those relationships since neurons connect more readily to others in proximity.

My question is: Does anyone know of white papers / experiments closely related to the concept I'm hypothesizing? Why would or would that not be a fundamentally better model?

I have had similar thoughts about neural networks before. Convolution layers are layers of two dimensional nodes effectively passing the spacial data so why don't we use two dimensional hidden layers to receive information out of them.

I'm sure someone has used this type of implementation before. I believe the papers bellow are using this. Part of the point of neural networks is that the weights are trained in order to optimize finding the best solution so regardless of the spacial information it learns to 'focus'/increase weight on locations that are associated with deciding the solution.

Think of the problem where your neural network examines an image and gives true or false. Training images are True if the center is red and one of the corners is blue or if the center is blue and one of the corners are red. Flattening the layers or not should have basically no effect on this model. In other circumstances like object detection or labeling outlines yes I believe not flattening will benefit the model. With that said flattening the data does not erase spacial relationship each layer will still be trained to detect the spacial information that gives a correct answer the flattened layers just won't have the benefit of neighbors when the layers are one dimensional instead of two.

I know I spoke in a lot of abstraction so if any part doesn't make sense, I'll make an edit to clarify.

The idea is quite close to what you describe - preserve spatial locality in the layers. In FCN there is no fully connected layer. Instead there is average pooling on top of last low-resolution/high-channels layer. The effect is like as if you have several fully connected layer centered on different locations and end result produced by weighted voting of them.

Pleasant side effect of FCN is that they work on any spatial image size(bigger then receptive field) - image size is not coded into network.

9
How should I represent the input to a neural network for the games of tic-tac-toe, checkers or chess?
0
How to shape the weights or nodes during gradient training of neural network? Training with constraints?
4
What could be the problem when a neural network with four hidden layers with the sigmoid activation function is not learning?
2
Does it make sense for a logistic regression model to perform better than a neural network on the Iris data set?
3
How can I interpret the way the neural network is producing an output for a given input?
1
Do neural networks, trained with backpropagation algorithm, exploit the concept of synaptic plasticity?