What is the "semantic level"?

In this paper, they use several times the expression "semantic levels". Some examples:

What is the semantic level?

In language theory, there are generally several admitted levels that can be studied in relation with one another or independently. The semantic level is the one dealing with the meaning of the text ("semantic" comes from the greek and means "to signify"). The semantic level is therefore generally independent from the syntax and even the language used to convey the message. Here is an interesting picture I found on the internet to illustrate my point. 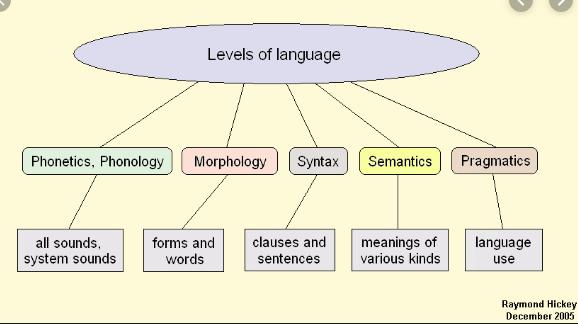 EDIT: I took some time reading the paper. I think "semantic levels" refers here to the different neural networks layers used for the exogenous features.

Here is a modified version of their figure I've drawned to make it clearer: 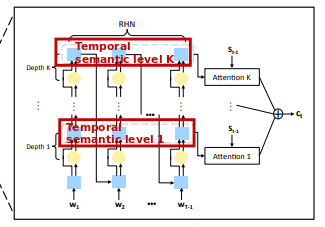 In particular, from what I have understood so far, the attention coefficients apply to the whole semantic level (which I find not really clearly indicated on their figure)

The LHS of their figure would then be better described by this new one: 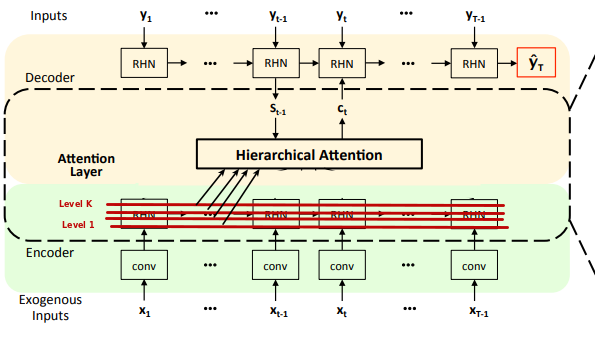 Not the answer you're looking for? Browse other questions tagged neural-networks deep-learning terminology papers time-series .

6
What exactly are the differences between semantic and lexical-semantic networks?
2
How to find the category of a technical text on a surface-semantic-level
2
What does "class-level discriminative feature representation" mean in the paper "Semi-Supervised Deep Learning with Memory"?
1
What is the KWIK framework?
6
What does "semantic gap" mean?