How could an AI detect whether an enemy in a game can be blocked off/trapped?

Imagine a game played on a 10x10 grid system where a player can move up down left or right and imagine there are two players on this grid: An enemy and you. In this game, there are walls on the grid which you can't go through. The objective of this game is to block the enemy in so he can't move around the rest of the board and is effectively "trapped".

I want to write an algorithm that detects which nodes on the board I as a player need to put blocks in, in order to trap the enemy. There are also some other considerations to think about. You have to be able to place the blocks before the enemy place can get out of the box. Also note more thing: You can move AND place a block in the position that you're moving to at the same time.

Here's a picture as an example of the game. 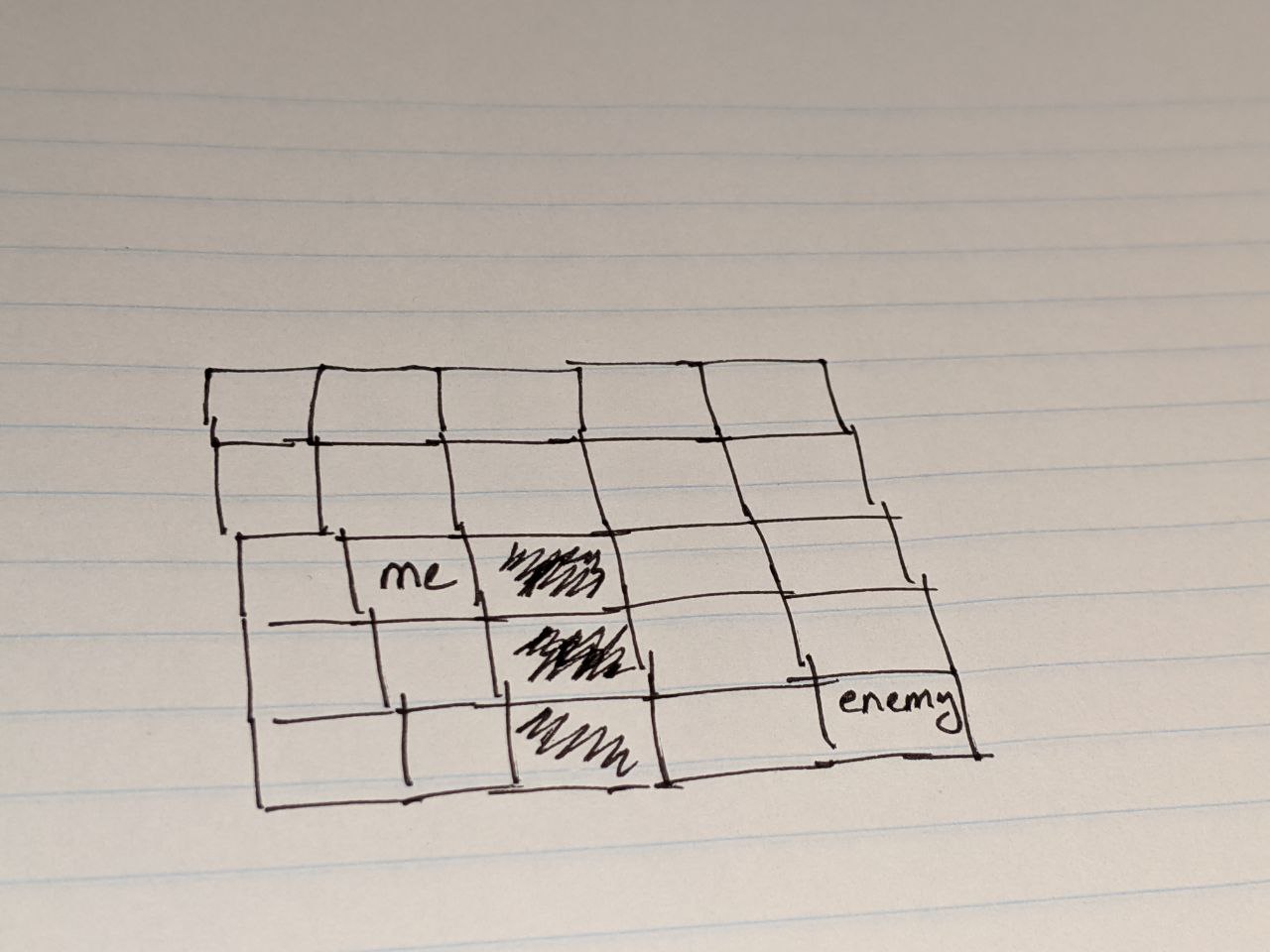 EDIT: note that the board in the picture is 5x5, but that's okay for the purposes of the example

Researching on google couldn't find me anything relevant, although it may have been because I wasn't using relevant search terms. I also thought about using a monte Carlo search tree algorithm for simultaneous games, but I would need to research into that more.

If I've understood the logic correctly, the player tries to build a wall such that the enemy cannot reach the player in any way. This can normally be determined by some path-finding algorithms, Dijkstra Shortest Path algorithm being a reasonable choice for the setting and grid-size. This algorithm explores the possible paths from a starting point to one or multiple end points, and usually returns the shortest path to the point(s). If there is no path to the mentioned point, it will not return anything, and you will know the two points are blocked from reaching each other.

Of course, if I've truly understood the rules correctly, the bigger question is how to avoid having the player just build a wall around themselves to block of the enemy instead, which is likely going to be trivially easy. And additionally rule of requiring the player to be in the "room" with the bigger area after a room has been blocked off (Something which coincidentally also could be done by extending the Dijkstra's algorithm a bit with custom logic)

Not the answer you're looking for? Browse other questions tagged game-ai monte-carlo-tree-search .

12
How to train a neural network for a round based board game?
1
How can an AI make tactical manoeuvres?
1
What kind of AI technique can I use to play the "Lines" game?
3
Strategy for playing a board game with Minimax algorithm
2
How to embed game grid state with walls as an input to neural network
0
Is my single layer perceptron getting biased input some way or the other?
2
Which value to propagate in Monte Carlo Tree Search in a non-zero-sum game?