What is the neuron-level math behind backpropagation for a neural network?

I am quite new in the AI field. I am trying to create a neural network, in a language (Dart) where I couldn't find examples or premade libraries or tutorials. I've tried looking online for a strictly "vanilla" python implementation (without third-party libraries), but I couldn't find any.

I've found a single layer implementation, but it's done only with matrices and it's quite cryptic for a beginner.

I've understood the idea between the feed forwarding, a neuron calculates the sum of its inputs, adds a bias and activates it.

But I couldn't find anything a neuron-level explanation of the math behind backpropagation. (By neuron-level I think of the math down to the single neuron as a sequence of operations instead of multiple neurons treated as matrices).

What is the math behind it? Are there any resources to learn it that are suitable as a beginner?

Backpropagation is actually a lot easier than it is made out to be - if you have a basic understanding of calculus and the chain rule, and the single multi-variable calculus rule that to combine 2 gradient vectors, you simply add them.

This is hands down the best walk through of back prop I've found on the internet. If you are still confused after that, feel free to ask me any further questions. Here is also a quick forward and backward pass example I made for a simple CNN (only a few layers though, and the gradient only goes back to channel 1 of filter 1) 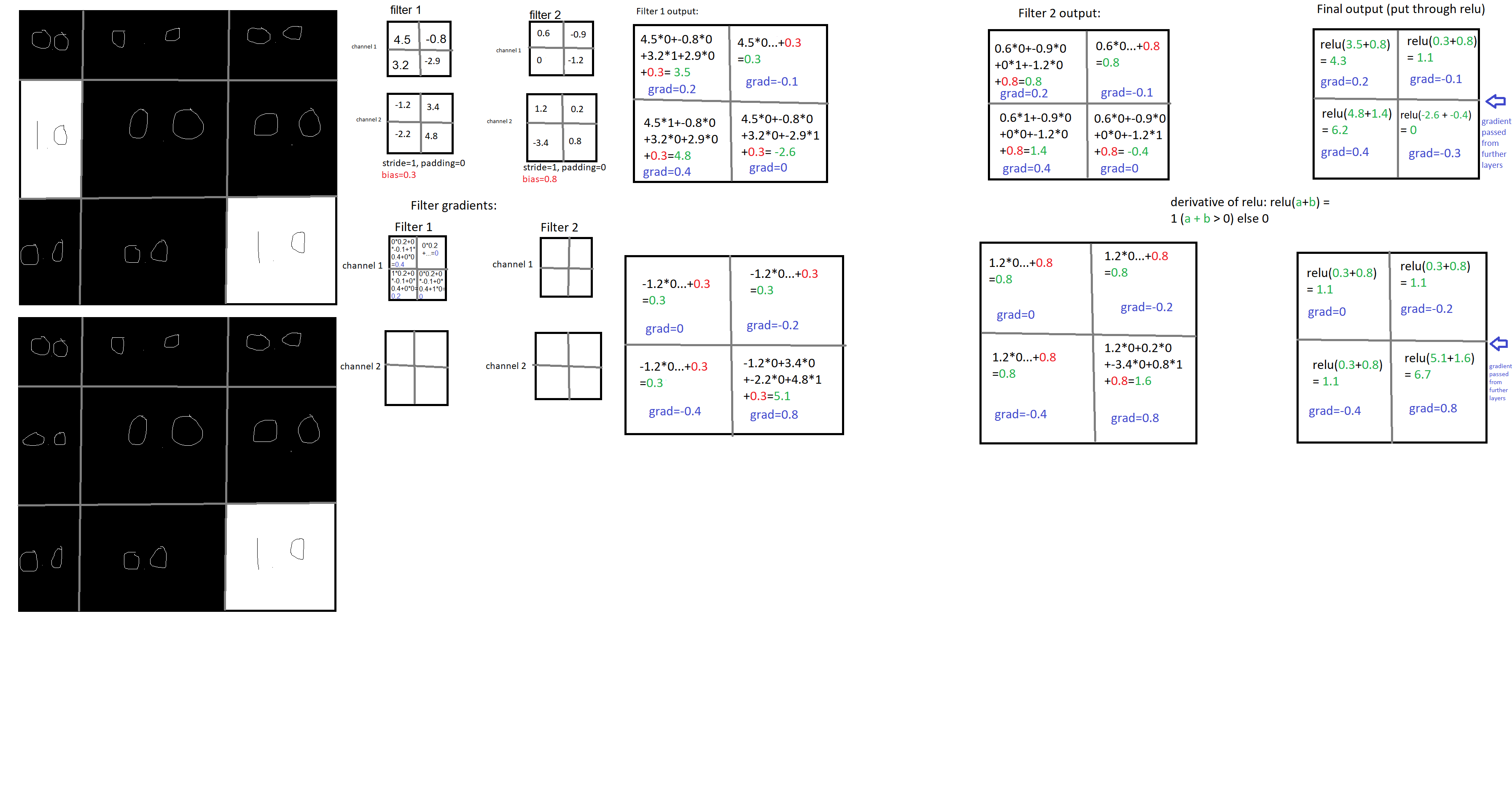 Not the answer you're looking for? Browse other questions tagged backpropagation math resource-request or ask your own question.