How to understand the average l2 loss?

In the snippet below, the highlighted part is the average norm, but since $1/|p_i|$ is outside the summation, it is very confusing to understand. 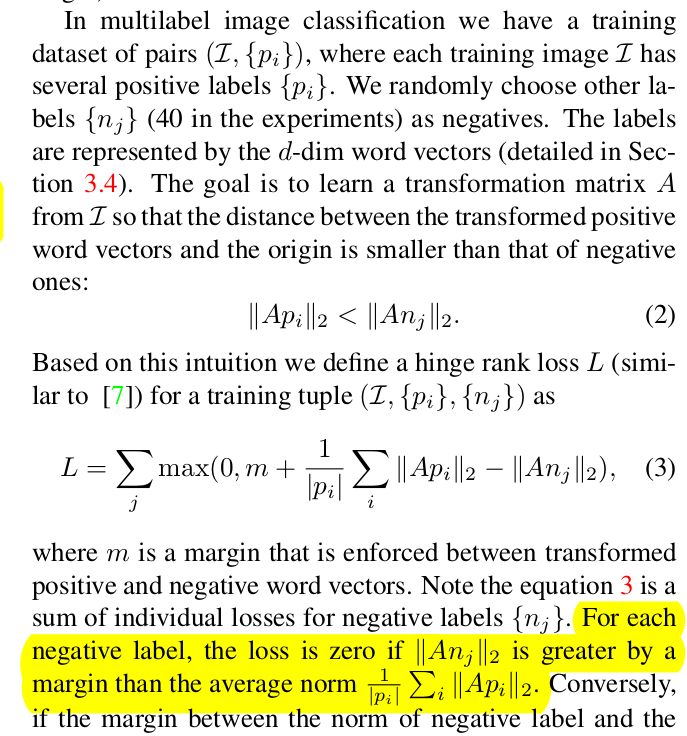 I agree that this notation is unclear. I would interpret it as follows:

Given that the expression is supposed to denote the average norm $|p_i|$ is likely the cardinality of the set $\{p_i\}$.

In that case the expression would just be the sum over all norms divided by the number of norms, resulting in the average norm. The authors likely use this notation because they didn't want to introduce the number $n$ of $p_{i < n}$. $|\{p_i\}|$ would be clearer, but maybe uglier to typeset.

Not the answer you're looking for? Browse other questions tagged machine-learning math loss-functions notation or ask your own question.

0
Machine learning to predict 8*8 matrix values using three independent matrices
2
Can you help me understand how weight normalization works?
2
Why does the number of feature maps increases in the VGG model?
2
What is the use of the $\epsilon$ term in this back-propagation equation?
2
What loss function is appropriate for finding “points of interest” in a array of x,y inputs
3
When should I create a custom loss function?
2
Do I need to denormalise results in linear regression?