What is the difference between LSTM and RNN?

What is the difference between LSTM and RNN? I know that RNN is a layer used in neural networks, but what exactly is an LSTM? Is it also a layer with the same characteristics?

RNNs have recurrent connections and/or layers

In any case, a recurrent neural network is almost always described as a neural network (NN) and not as a layer (this should also be obvious from the name).

LSTM can refer to a unit, layer or neural network

On the other hand, depending on the context, the term "LSTM" alone can refer to an

People may also refer to neural networks with LSTM units as LSTMs (plural version of LSTM).

The main difference between an LSTM unit and a standard RNN unit is that the LSTM unit is more sophisticated. More precisely, it is composed of the so-called gates that supposedly regulate better the flow of information through the unit.

Here's a typical representation (or diagram) of an LSTM (more precisely, an LSTM with a so-called peephole connection). 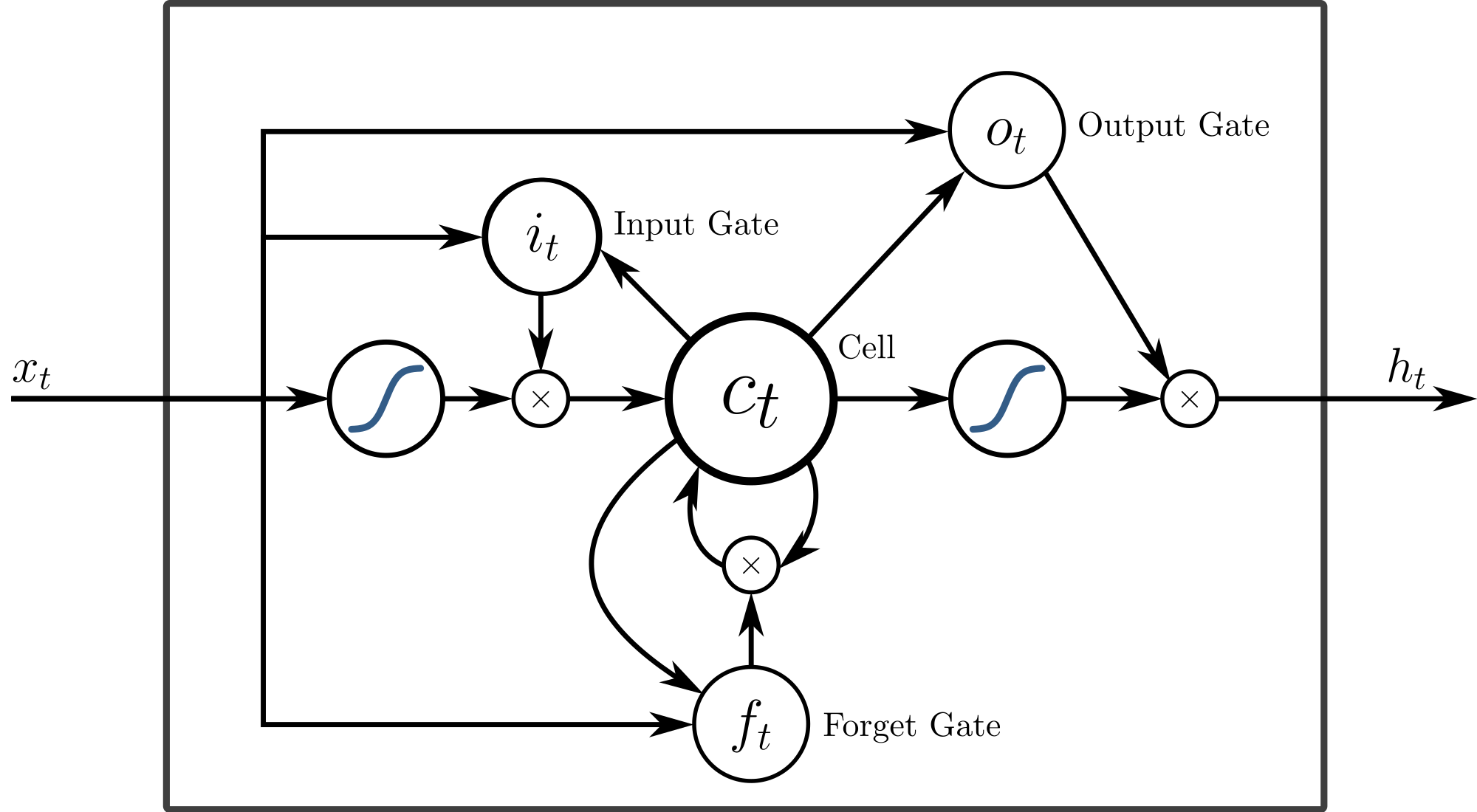 You can see from this diagram that an LSTM unit (or layer) is composed of gates, denoted by

and recurrent connections (e.g. the connection from the cell into the forget gate and vice-versa).

It's also composed of a cell, which is the only thing that a neuron of a "vanilla" RNN contains.

To understand the details (i.e. the purpose of all these components, such as the gates), you could read the paper that originally proposed the LSTM by S. Hochreiter and J. Schmidhuber. However, there may be other more accessible and understandable papers, articles or video lessons on the topic, which you can find on the web.

When should you use RNNs and LSTMs?

RNNs are particularly suited for tasks that involve sequences (thanks to the recurrent connections). For example, they are often used for machine translation, where the sequences are sentences or words. In practice, an LSTM is often used, as opposed to a vanilla (or standard) RNN, because it is more computationally effective. In fact, the LSTM was introduced to solve a problem that standard RNNs suffer from, i.e. the vanishing gradient problem. (Now, for these tasks, there are also the transformers, but the question was not about them).

3
How does the CTC loss work?
0
Is a recurrent layer same as LSTM or single-layered LSTM?