Why is my loss (binary cross entropy) converging on ~0.6? (Task: Natural Language Inference)

I’m trying to debug my neural network (BERT fine-tuning) trained for natural language inference with binary classification of either entailment or contradiction. I've trained it for 80 epochs and its converging on ~0.68. Why isn't it getting any lower? 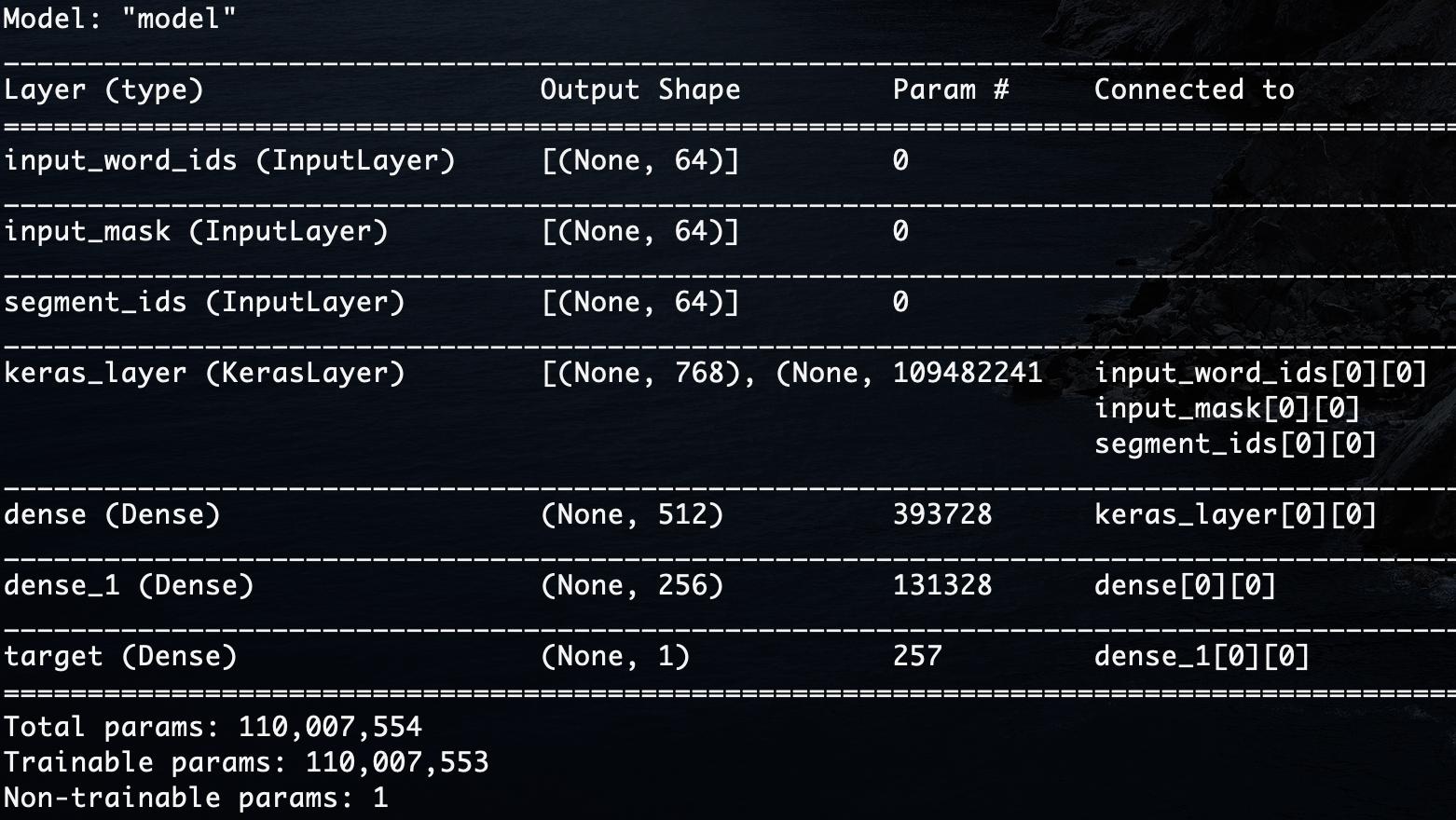 See below for a graph of the training history. (Red = train_loss, Blue = val_loss) 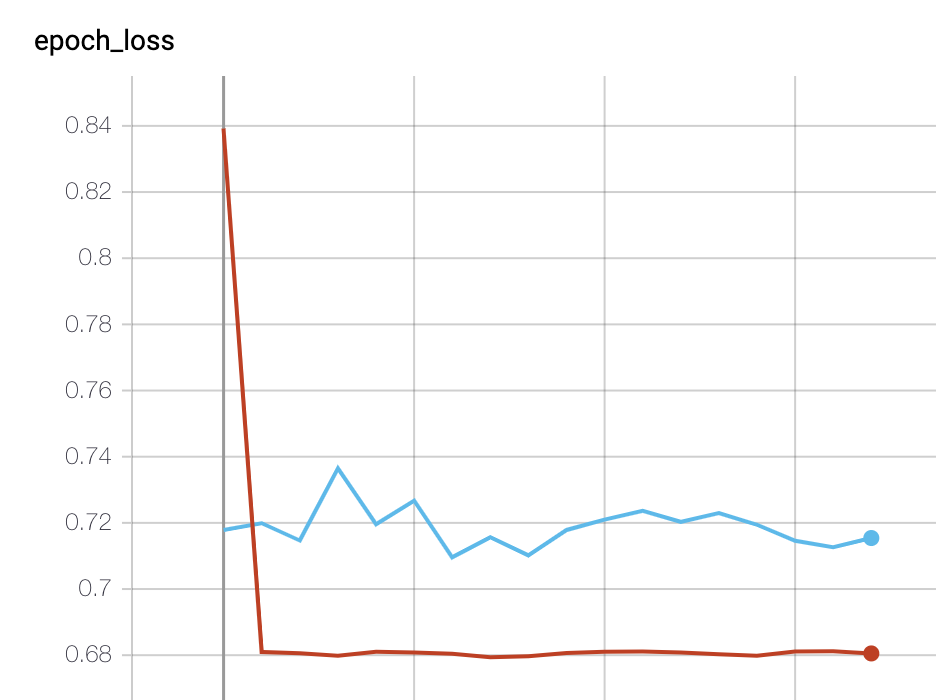 Not the answer you're looking for? Browse other questions tagged deep-learning natural-language-processing tensorflow training bert or ask your own question.

1
Why does PyTorch use a different formula for the cross-entropy?
4
Why is dialogue a hard problem in natural language processing?
1
How to compute the gradient of the cross-entropy loss function with respect to the parameters with softmax activation function?