I'm trying to train a Policy Gradient Agent with Baseline for my RL research. I'm using the in-built RL toolbox from MATLAB (https://www.mathworks.com/help/reinforcement-learning/ug/pg-agents.html) and have created my own Environment. The goal is to train the system to sample an underlying time-series ($x$) given battery constrains ($\epsilon$ is battery cost).

The general setup is as follows:

where $err(\tilde x, x)$ is the RMSE error between the sampled time series $(\tilde x)$, and true time series x.

My current setup is using mostly default RL setups from MALTAB with learning rate of $10^{-4}$ and ADAM optimizer. The training is slow, and shows a lot of Reward oscillation between the two terminal states. MATLAB RL toolbox also outputs a $Q_0$ value which the state is: 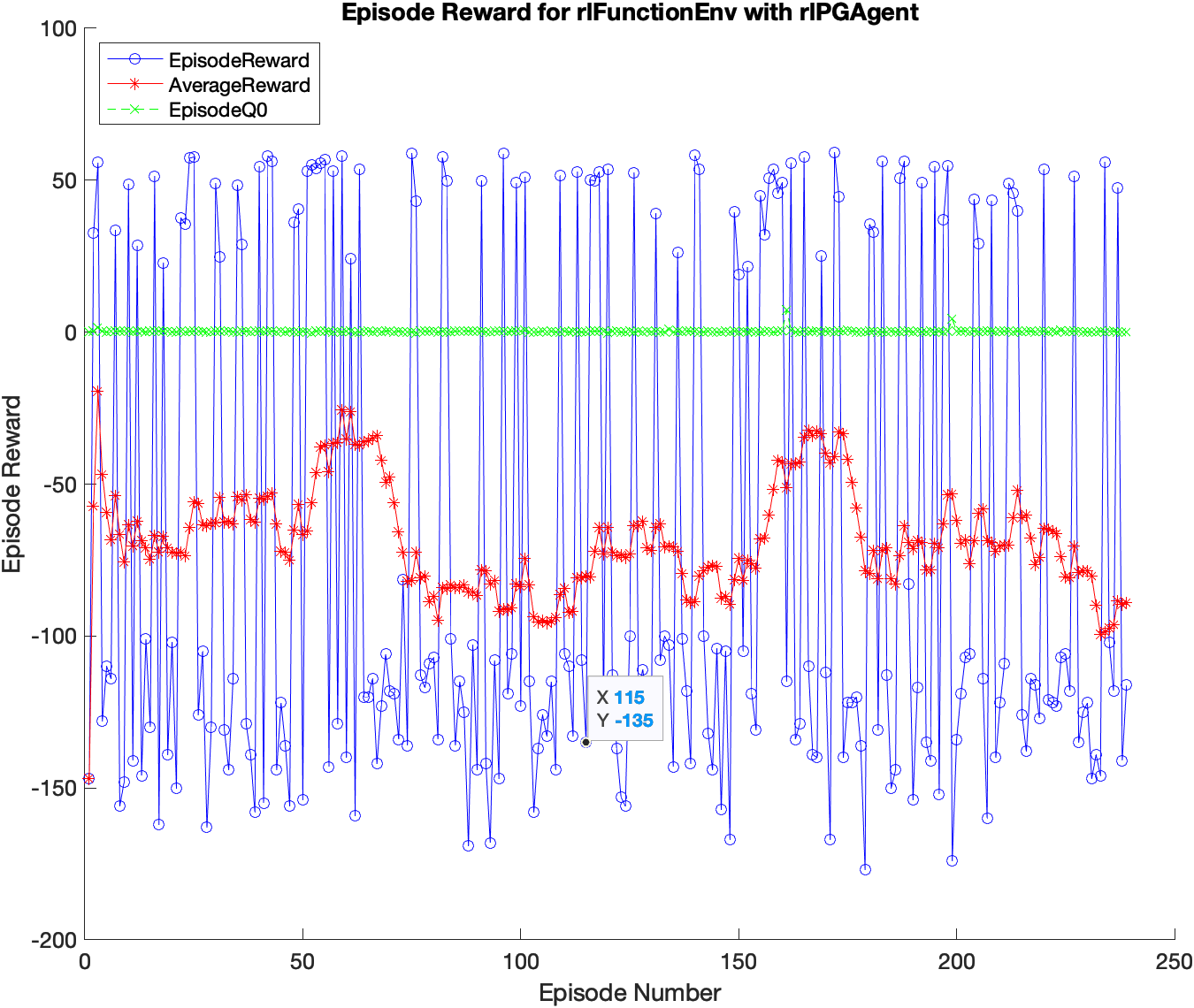 Browse other questions tagged reinforcement-learning policy-gradients matlab or ask your own question.

3
Snake game: snake converges to going in the same direction every time
5
How to deal with episode termination in Advantage Actor-Critic algorithm?
3
DQN stuck at suboptimal policy in Atari Pong task
1
What is happening when a reinforcement learning agent trains itself out of desired behavior?
2
How does the initialization of the value function and definition of the reward function affect the performance of the RL agent?
0
Is it required that taking an action updates the state?
1
Continuous state and continuous action Markov decision process time complexity estimate: backward induction VS policy gradient method (RL)
2
How should I compute the target for updating in a DQN at the terminal state if I have pseudo-episodes?
3
How can I fix jerky movement in a continuous action space