What does the statement with the max do in the recursive best-first search algorithm?

I am reading the book "Artificial Intelligence: A Modern Approach" by Stuart and Norvig. I'm having trouble understanding a step of the recursive best-first search (RBFS) algorithm. 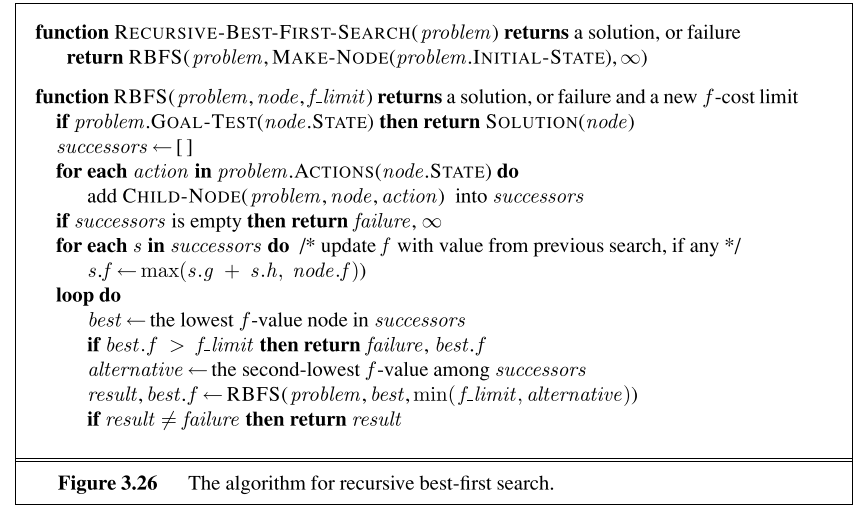 Here's a diagram of the execution of RBFS. 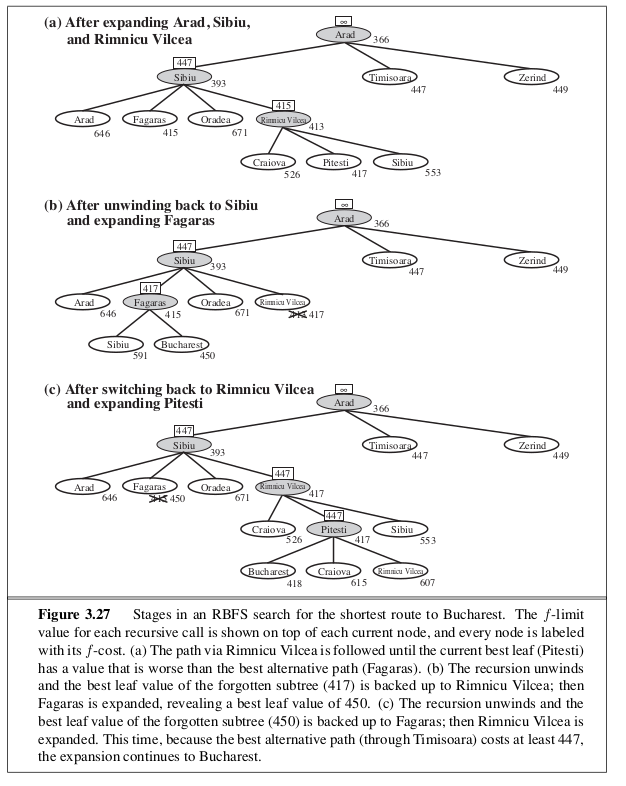 This is probably more easily understood as the collapse/restore macro. The idea is that the previously explored state was collapsed and only the minimum f-cost from the sub-tree was stored. This represents the best unexpanded state in the subtree that was collapsed.

When restoring the portion of the collapsed tree, the f-cost of the restored node could either be the original f-cost (g+h), or it could be the stored f-cost if it is larger. By taking the max, the code ensures that states that are restored maintain at least the cost of the previously best unexpanded state. (If the g+h cost is larger, then we know the state wasn't previously expanded and it wasn't previously the state on the fringe with the minimum edge cost.)

The linked paper gives several examples where similar ideas are used during search.

Not the answer you're looking for? Browse other questions tagged search norvig-russell best-first-search or ask your own question.

1
Which "assumptions" made about the state space are Russell and Norvig referring to in their book?
7
What is the difference between search and planning?
3
A* and uniform-cost search are apparently incomplete
2
Understanding the pseudocode of uniform-cost search from the book "Artificial Intelligence: A Modern Approach"
2
Why is the space-complexity of greedy best-first search is $\mathcal{O}(b^m)$?
9
Why is depth-first search an artificial intelligence algorithm?
2
What is the difference between the uniform-cost search and Dijkstra's algorithm?
1
How do the BFS and DFS search algorithms choose between nodes with the "same priority"?
3
How DFS may expand the same state many times via different paths in an acyclic state space?