How can I understand this statement about RNNs and hidden layers?

In the lecture, there was a statement:

Recurrent neural networks with multiple hidden layers are just a special case that has some of the hidden to hidden connections missing.

I understand recurrent means that can have connections to the previous layer and the same layer as well.

Is there a visualization available to easily understand the above statement?

Let's say we have an Elman recurrent neural network with one input neuron, one output neuron and one hidden layer with two neurons. 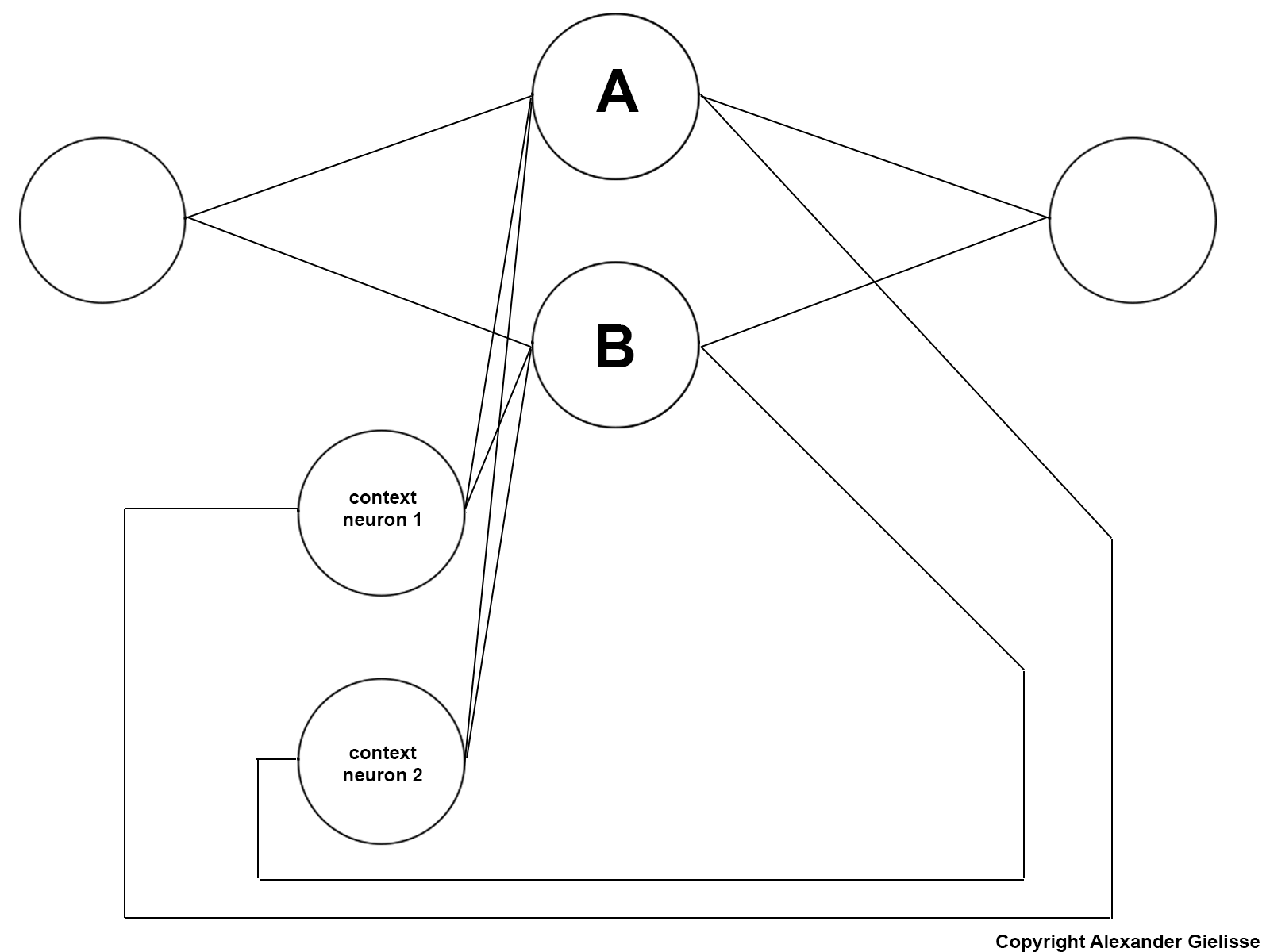 In total there are 10 connections. As the image shows, neuron A receives the combined previous output of both neuron A and B as input. The same goes for neuron B.

This is not the case when we split the neurons up into multiple layers; the context neuron(s) are only used by neurons that are in the same layer. Let say we now use multiple hidden layers and keep the amount of neurons the same. In total there are 7 connections now (image below). That is 3 less than in the first example, which has only one hidden layer. So which connections do we miss? That is shown in the bottom image. (I had to paste these two images together in one image because my reputation only allows me to post 2 links) 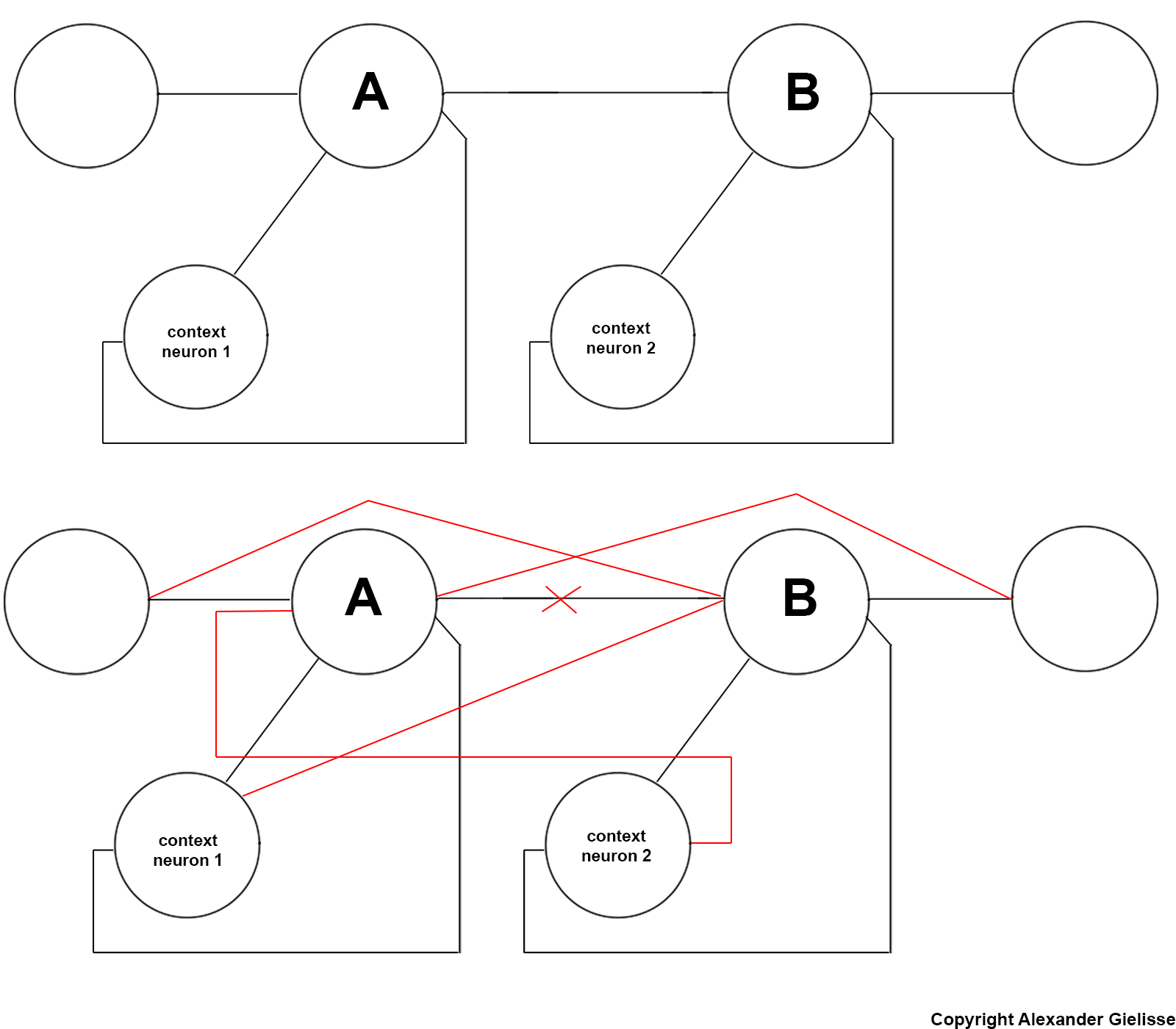 Please note the cross; the connection between neuron A and B is not there in the first image, because it would be some kind of random recurrent connection.

Not the answer you're looking for? Browse other questions tagged recurrent-neural-networks terminology hidden-layers or ask your own question.

3
Are these statements about the performance of neural networks as a function of the number of hidden layers contradictory?
2
How to change the backward pass for an LSTM layer that outputs to another LSTM layer?
1
Do you need to store prevous values of weights and layers on recurrent layer while BPTT?
1
Recommendations or resources for neural network/deep learning for time series application?
1
When are multiple hidden layers necessary?
4
How to graphically represent a RNN architecture implemented in Keras?