Is this a correct visual representation of a recurrent neural network (RNN)? 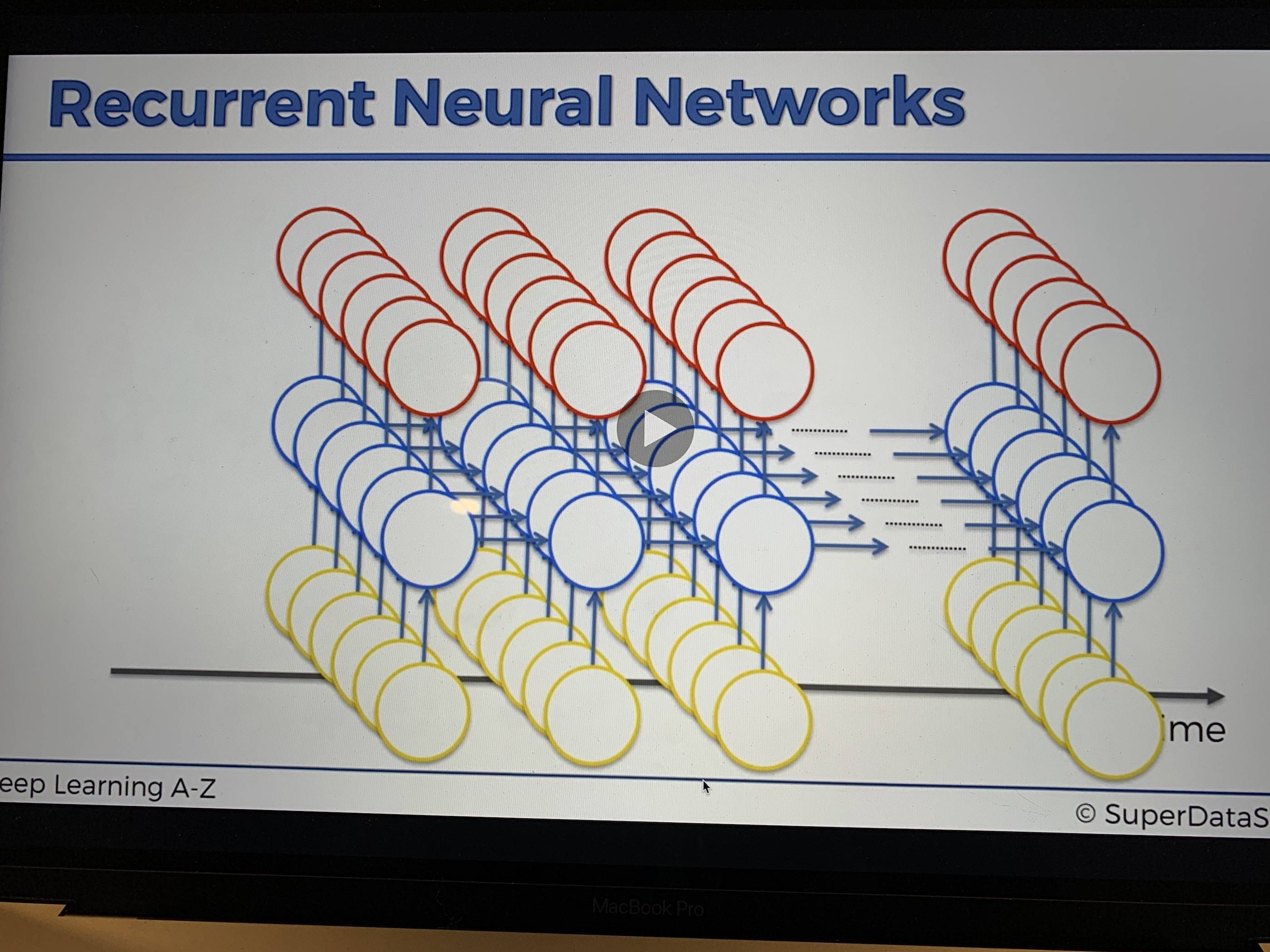 This is a picture of a recurrent neural network (RNN) found on a udemy course (Deep Learning A-Z). The axis at the bottom is "time".

In a time series problem, each yellow row from left to right would represent a sequence of a feature. In this picture, then, there are 6 sequences from 6 different features that are being fed to the network.

I am wondering if the arrows in this picture are completely accurate in an RNN. Shouldn't every yellow node also connect to every other blue node along its depth dimension? By depth dimension here I mean the third dimensional axis of the input tensor.

For example, the yellow node at the bottom left of this picture, which is closest to the viewer, should have an arrow pointing to all the blue nodes in the array of blue nodes that is at the very left, and not just to the blue node directly above it.

I will answer this question, leaving it open to challenge by anyone more knowledgeable.

The equations to update each layer of an RNN are

Of course, that would make for a much uglier/harder picture to make, so I don't blame the authors, although this has given me a few hours of confused research, which I guess still meets their educational goal.