What is a landmark in computer vision?

I guess I understand the concept of face detection, a technique specifies the location of multiple objects in the image, and draws bounding boxes on the target. 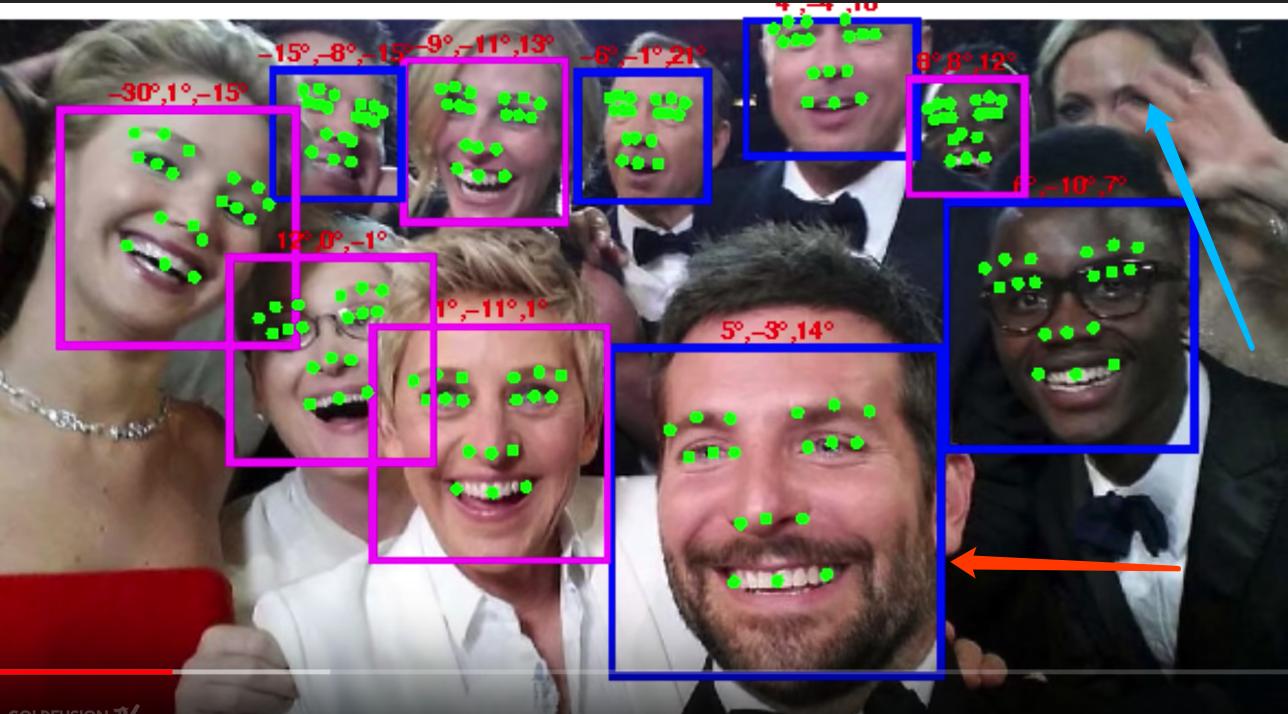 The question is related to the concept of a landmark. For example, the bottom guy in the image above pointed out by the red arrow has 18 green dots on his face. Is anyone of the dots is a landmark?

What is the size of a landmark? What is the acceptable error of its position? For example, the landmark in the middle of his nose has to be in what kind of range?

Could someone please give a hint?

The paper A Brief Introduction to Statistical Shape Analysis (2002) by M. B. Stegmann and D. D. Gomez provides a definition of a landmark in the context of statistical shape analysis, which I will report below.

Definition 1: Shape is all the geometrical information that remains when location, scale and rotational effects are filtered out from an object.

For example, in the following diagram, the shape of a hand, after several transformations (i.e. translation, scaling and rotation), is illustrated. This definition captures the intuitive notion of the shape of an object. In fact, as expected, after these transformations, all of the objects below correspond to a hand. 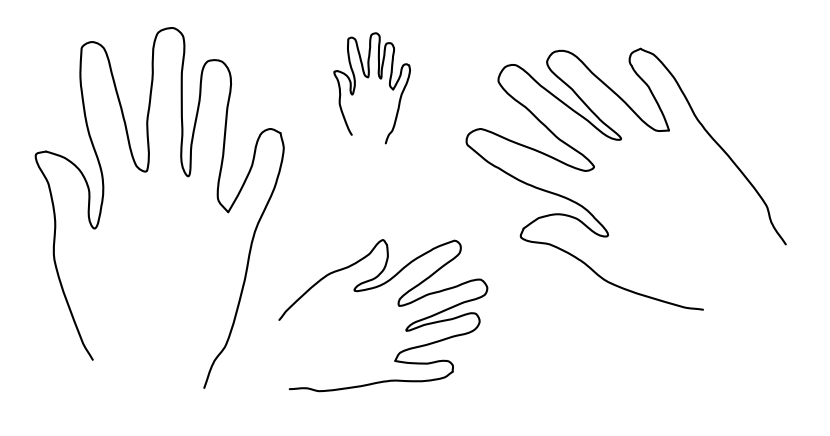 Definition 2: A landmark is a point of correspondence on each object that matches between and within populations.

In your picture, all of the faces (apart from the occluded one) have 18 green points. Each of these points roughly corresponds to the same position in the face. For example, there's a green point on tip of the nose of each face. In your picture, the populations refer to the faces.

You can divide landmark into three groups

The landmarks in your picture could be considered anatomical landmarks, so they might have been assigned by an expert (a human), so this should explain why they do not exactly correspond. Moreover, note that e.g. noses have different shapes across humans, so correspondences are unlikely to be exact in most cases.

What is the size of a landmark?

This is just an educated guess, but a landmark is probably just a point (i.e. a coordinate of a pixel in the image), although in your picture they look bigger, but this is probably to make them more noticeable.

What is the acceptable error of its position?

This is also a guess, but this might depend on the application and the used algorithms, i.e., in certain cases, your algorithms may be very sensitive to the position of the landmarks, in other cases, that might not be a big problem.

Not the answer you're looking for? Browse other questions tagged computer-vision image-recognition terminology or ask your own question.