Is my understanding of the value function, Q function, policy, reward and return correct?

I'm a beginner in the RL field, and I would like to check that my understanding of certain RL concepts.

Value function: How good it is to be in a state S following policy π. 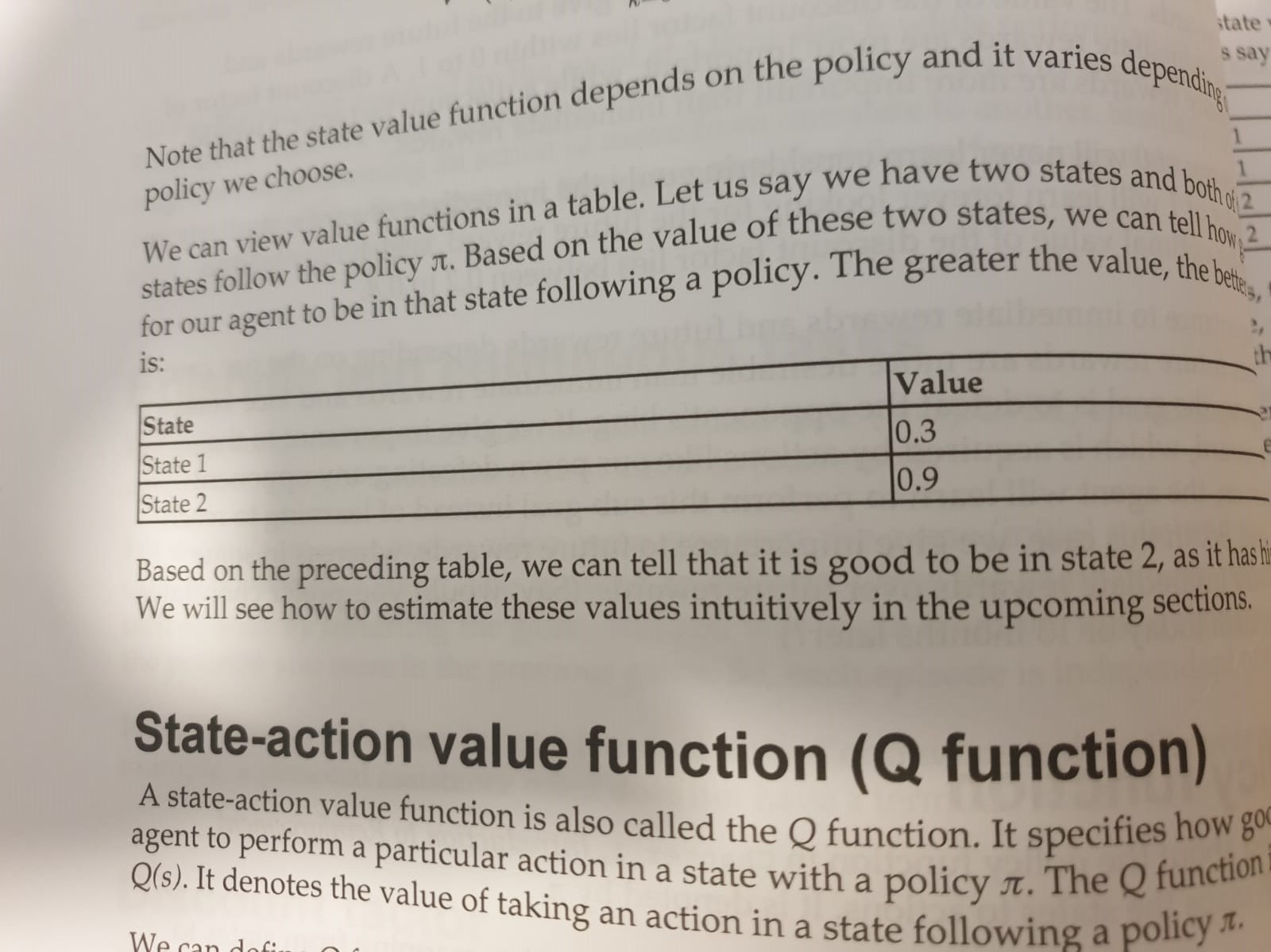 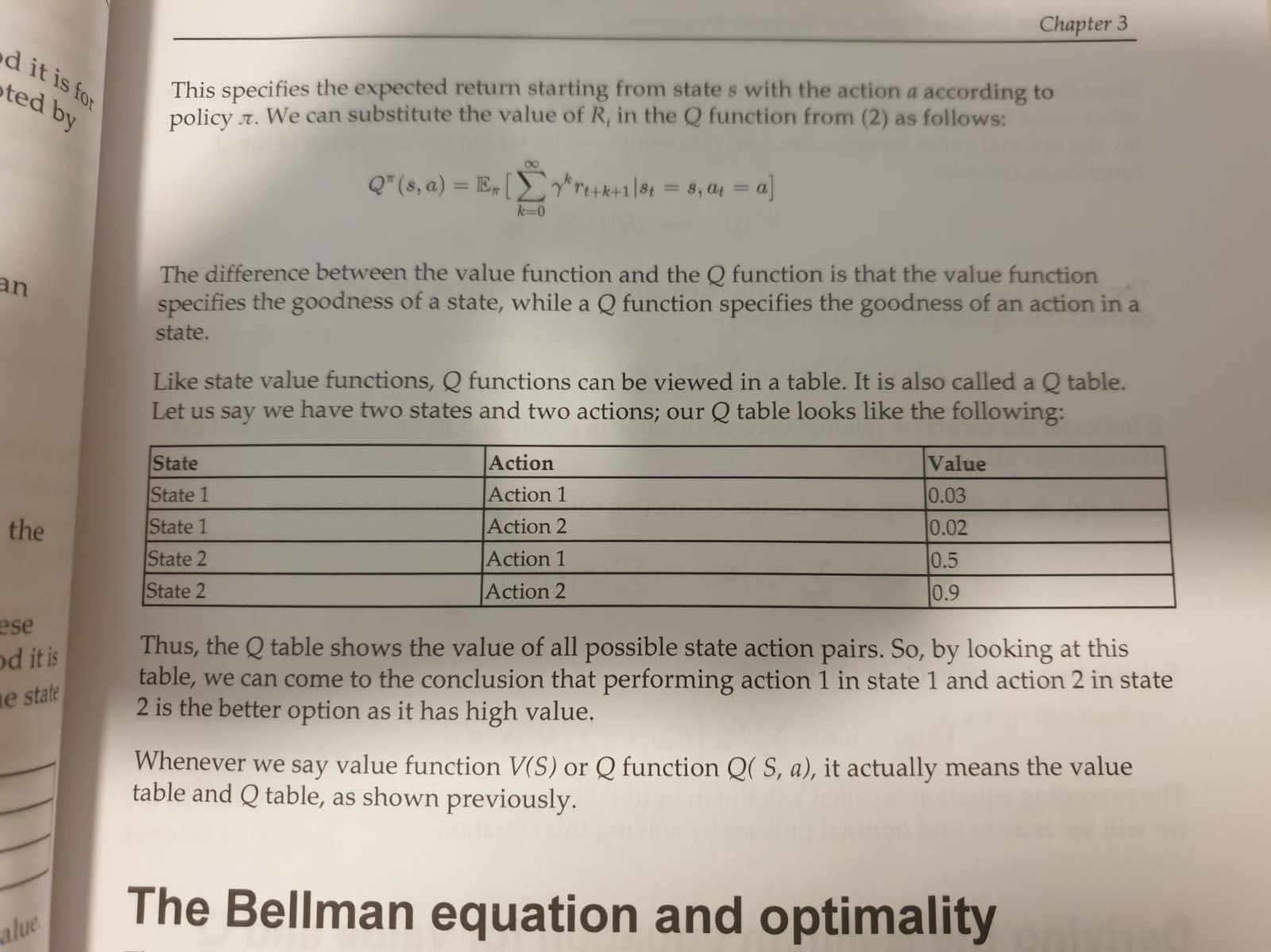 Q value: The overall expected rewards after performing action A in state S, and continuing with policy π until the end of the episode. So, essentially I can only calculate the Q value if I know all the state-action values of the actions I will be taking in the single episode.(Because the Q value takes into account the actions after the current action A, till the end of the episode, following policy π)

Reward: The metric used to tell the agent how good/bad it's action was. It is a constant value. For e.g

Return: The sum of rewards in a single episode

Value function: How good it is to be in a state $s$ following policy $\pi$.

Reward: The metric used to tell the agent how good/bad it's action was. It is a constant value.

This is roughly correct, but the reward doesn't have to be constant and it depends on your problem. Also, there's also the related notion of "reward function", which is the function that assigns rewards to each action. So, when defining your problem as a Markov decision process, you need to define this reward function. Actually, this is probably the most important function in reinforcement learning (because this is the way you teach the agent to behave).

Return: The sum of rewards in a single episode

This is roughly correct. However, note that the sum can also be a "weighted sum".

This is roughly correct, but a policy can also have some randomness in it. For example, if you are in state $s$, your policy could say "always take action $a_i$", but another policy could say "take action $a_i$ with probability $p$ and action $a_j$ with probably $1 - p$. Also, note that the policy is not restricted to an episode. It's a general function that tells the agent how to behave independently of the episode.

I think most of it is correct.

This is a bit off. Q function basically tells you how good it is to be in state S and perform action A, and follow policy $\pi$ from the next state onwards. The action A that you take can be any action from the action space and need not be according to the policy $\pi$.

Also, I think Q-function and Q-value are mostly used interchangeably to mean the same thing.

Not the answer you're looking for? Browse other questions tagged reinforcement-learning q-learning terminology policies return .

10
What is the difference between expected return and value function?
4
What is the difference between return and expected return?
3
How does the initialization of the value function and definition of the reward function affect the performance of the RL agent?
4
Can someone please help me validate my MDP?
0
What is the best measurement for how good an action of a reinforcement learning agent really is?
1
Why does the policy $\pi$ affect the Q value?
3
Do policy independent state and action values exist in reinforcement learning?
1
Can optimizing for immediate reward result in a policy maximizing the return?
2
Why is the expected return in Reinforcement Learning (RL) computed as a sum of cumulative rewards?