Why is diversity of reasoning paths important in recommender systems using knowledge graphs?

This is a continuation of the discussion that originates on this StackExchange post, about recommender systems using knowledge graphs(KGs). For those who might not prefer reading the original post, I am posting a brief background of what we're dealing with here-

The graph has several (finitely many) entities, of which some are user entities and others are item entities. The goal is to recommend items to users, i.e. to find a recommendation set of items for every user such that the user and the corresponding items are connected by one reasoning path. 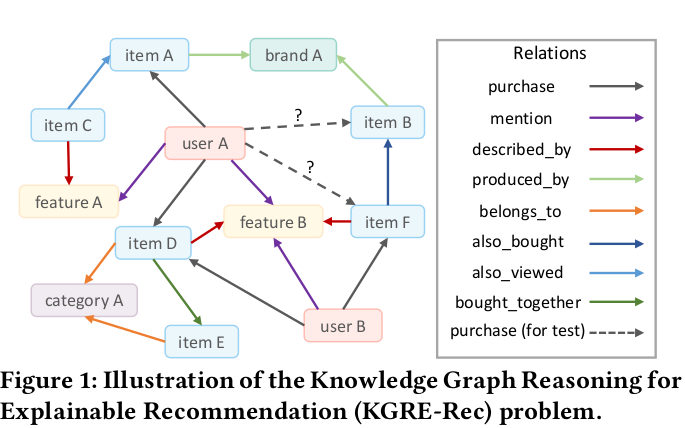 "Third, for every user, the diversity of reasoning paths for recommended items should be guaranteed. It is not reasonable to always stick to a specific type of reasoning path to provide explainable recommendations. One naive solution is post-hoc recommendation, which first generates candidate items according to some similarity measure, followed by a separate path finding procedure from the user to candidate items within the graph. The major downsides of this are that the recommendation process fails to leverage the rich heterogeneous meta-data in the knowledge graph, and that the generated paths are detached from the actual decision-making process adopted by the recommendation algorithm, which remains uninterpretable."

Just why is diversity of reasoning paths required, if the goal is to learn a recommendation set of items for every user such that the user and the corresponding items are connected by one reasoning path. I fail to see the connection. My intuition says that the solution might lie in the explanation of the above excerpt from the paper, which if anyone could do as an answer, would be great!

Also, how does the similarity measure help, in post-hoc recommendation? Are they referring to user-item similarity? Similarity between which two entities?

Browse other questions tagged reinforcement-learning papers recommender-system knowledge-graph or ask your own question.