I'm trying to make a bot to the famous "Icy Tower" game. I rebuilt the game using pygame and I'm trying to build the bot using Python-NEAT.

Every generation a population of 70 characters tries to jump to the next platform and increase their fitness. right now the fitness is the number of platforms they jumped on, each platform gives +10. 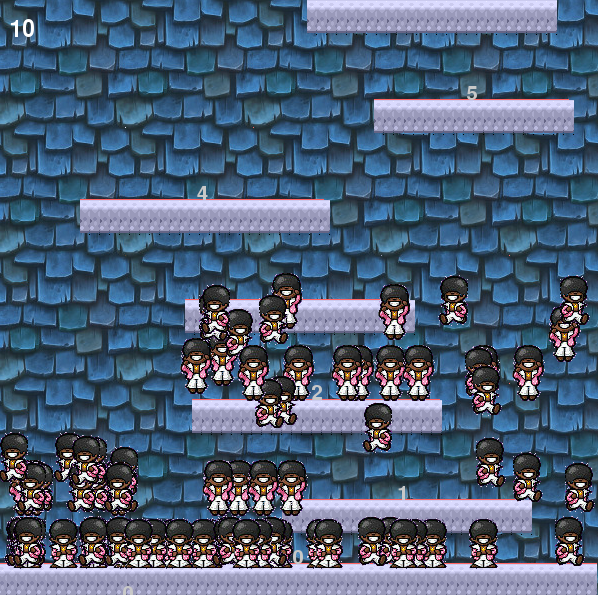 The problem I'm facing is that the bot isn't learning good enough after 1000 generations the best score was around 200 (it can get to 200 even at the first few generations by mistake. 200 means 20 platforms which is not a lot).

when I look at the characters jumping it looks like they just always jump and go left or right and not deliberately aiming to the next platform.

I tried several input configurations to make the bot perform better. but nothing really helped.

these are the inputs I tried to mess around with:

I'm not so proficient with neuroevolution and I'm probably doing something wrong. glad if you could explain what's causing the bot to be so bad or what's not helping him to learn properly.

Although I think that the fitness function and the inputs should be the only problem I'm attaching the python-NEAT config file.

4
How to improve the performance of my model trained with NEAT for a drone to learn how to fly?
3
How does adjusted fitness penalize large species in NEAT?
3
How do I design a fitness function that weighs the importance of eating food?
7
How to create a good fitness function?
2
What are evolutionary algorithms for topology and weights evolving of ANN (TWEANN) other than NEAT?
2
Do I have to crossover my node genes in NEAT, and how?