How does the region proposal method work in Fast R-CNN?

I read so many articles and the Fast R-CNN paper, but I'm still confused about how the region proposal method works in Fast R-CNN.

As you can see in the image below, they say they used a proposal method, but it is not specified how it works.

What confuses me is, for example, in the VGGnet, the output of the last convolution layer is feature maps of shape 14x14x512, but what is the used algorithm to propose the regions and how does it propose them from the feature maps? 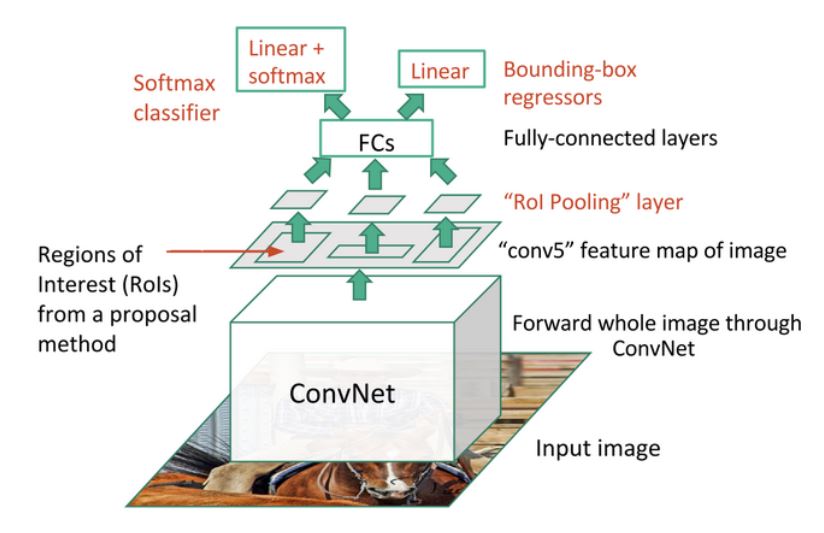 Yes, it is not specified because the region proposal algorithm did not change from R-CNN (the previous version from Fast R-CNN, however, in the next verion, Faster R-CNN, this algorithm is replaced by a CNN).

The region proposal algorithm you are looking for is called selective search. You can find in the R-CNN paper that the algorithm is described in "Selective Search for Object Recognition", I found a copy here. 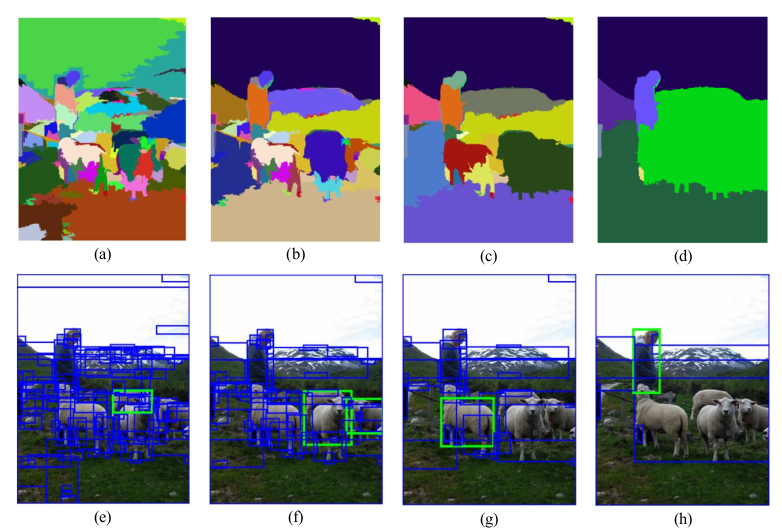 All the algorithm is doing is just iterating over 4 steps:

That is how iteratively you get all the images depicted.

Not the answer you're looking for? Browse other questions tagged computer-vision object-detection r-cnn selective-search faster-r-cnn .

3
Alternative to sliding window neural network (was: Object detect (or) image classification at specific locations in the frame)
1
In Fast R-CNN, how are input RoIs mapped to the respective RoIs in the feature map before RoI pooling?
0
How does the math behind heat map filters work?
1
How does general image background removal AI work?
0
In this paper, if region $R_{2}$ moves in a sliding window manner, won't the saliency map have a smaller size than the original image?