How can I draw a conceptual dependency for the statement "Place all ingredients in a bowl and mix thoroughly"?

I stumbled across a question asking to draw a conceptual dependency for the following statement:

Place all ingredients in a bowl and mix thoroughly

My attempt so far 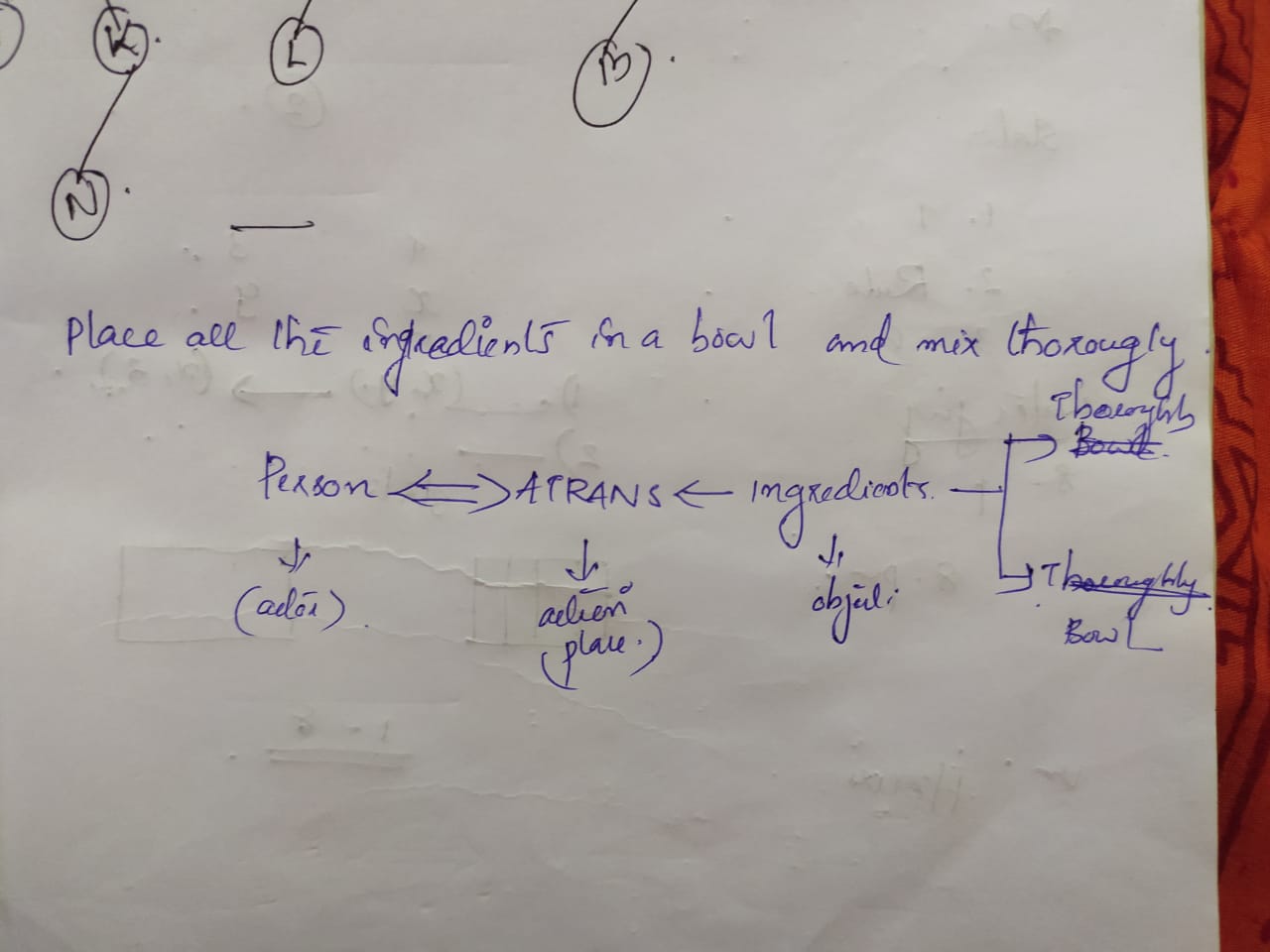 Explanation: Both the sender and recipient are the same, except that the states of their contents are different.

Something feels like it isn't right. I would appreciate if you could correct errors, if any.

As it's two clauses ("place in bowl" and "mix"), I would actually use two separate CD structures. The first one is a PTRANS (not ATRANS, as you don't change ownership, but location); the second one is a bit trickier.

Mix can be paraphrased as stir, or move around. You would typically do this with a spoon or similar implement. I would do it as a PROPEL with the instrument spoon and the object the ingredients. PROPEL, according to Schank (1975) is the "application of a physical force to an object".

So the first one is:

And the second is:

If you draw them in a graphical representation, you can have both ACTs leading off the shared actor '*you*'; or you could have them as separate graphs linked by 'then' or some other indicator of sequentiality.

Not the answer you're looking for? Browse other questions tagged knowledge-representation conceptual-dependency .

0
How do I show the relationship between theories and models using Conceptual Graphs?