My OpenAI CartPole-v0 problem's implementation using basic Q-learning does not learn at all. I am a beginner and have implemented my first ever Q-learning from scratch after learning from tutorials.

Can anyone suggest what is going wrong?

I have seen through testing that the problem may be that most of the states are remain unvisited even after 10,000 runs. Hence, Q-table remains mostly unchanged at the end of all episodes. I have seen other things in the implementation and they all seem fine to me, at least. Any tip where I should start looking at?

The reward is -200 flat, for all the episodes! which suggests that the improvement is NILL/NADDA/NONE!

Some relevant images are given at the end.

The q-learning part of code is given below: 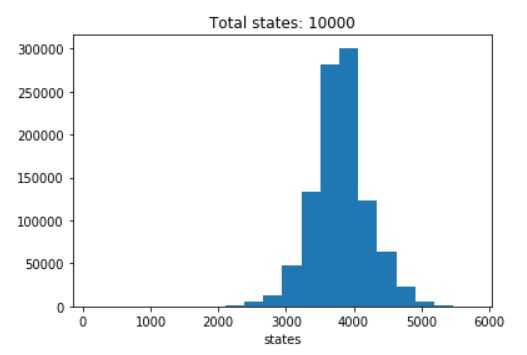 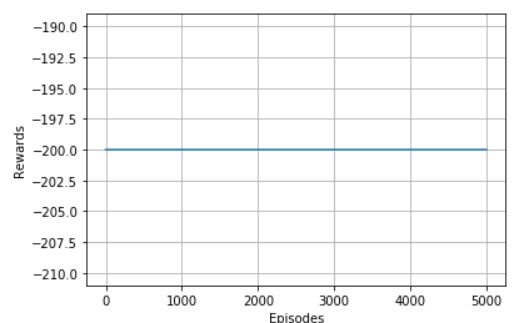