Ask Question
Asked 1 year, 1 month ago
Active 3 months ago
Viewed 270 times
1
$\begingroup$
This post is about a programming issue or bug.

Want to improve this question? Update the question so it's on-topic for Artificial Intelligence Stack Exchange.

I am having a difficult time trying to find out if spacy lists the gender or for that matter the inflection of any word in German. The software was started in Berlin so I find it very difficult to believe that this would not be the case. When you input the word 'gender' into https://spacy.io/ search box, nothing comes back. When you input the search into google 'gender' site:https://spacy.io/

You actually get back the result that several other languages do have something like gender in their algorithm, for example, Spanish has

The most detailed info on German at spacy found here https://spacy.io/models/de is very brief with very little info.

When I parse the sentence:

And I look at the noun 'Vorgänge' I would expect to see something that looks like it is a plural noun and perhaps also nominative but I only see the following in my namespace (of course the namespace is larger than this but you get the idea): 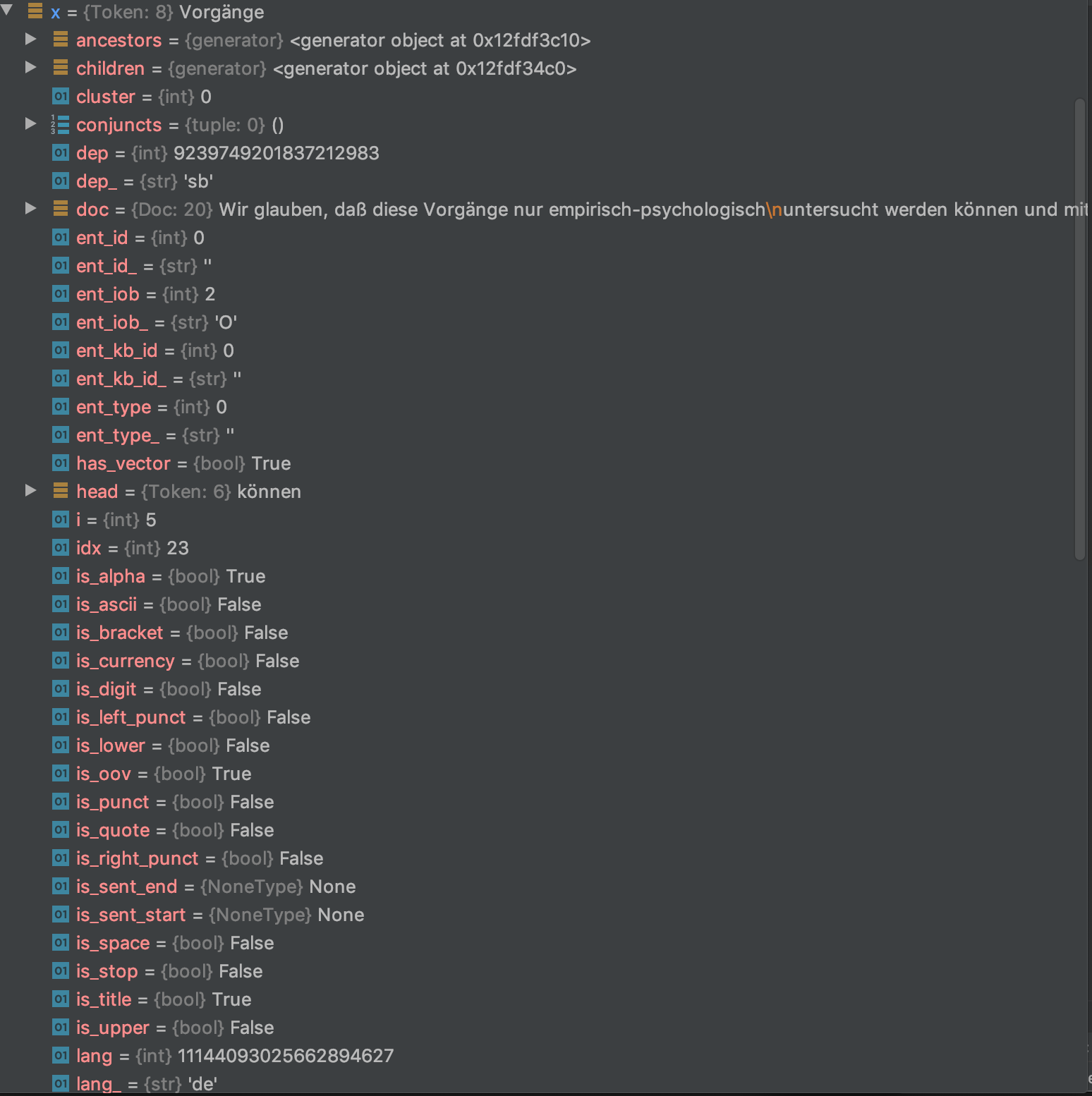 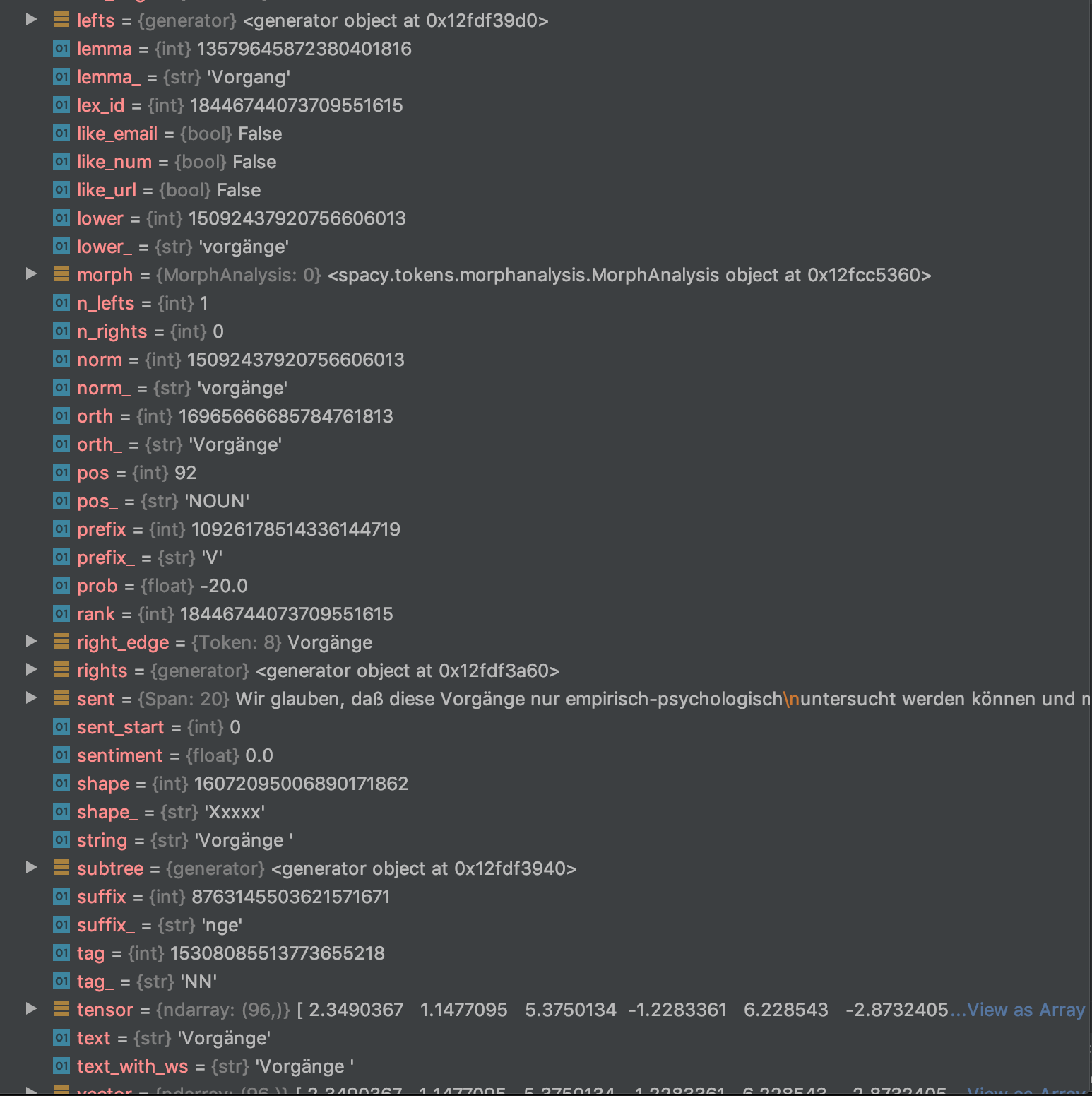 It seems from this old thread German lemmatization and noun gender that they never actually implemented this feature. But in the same thread you can find links to these two GitHub projects that should provide you an alternative:

Not the answer you're looking for? Browse other questions tagged natural-language-processing spacy or ask your own question.

4
How could you generate sentences from lists of facts
5
Where can I find pre-trained language models in English and German?
3
How to find the category of a technical text on a surface-semantic-level
1
Detect named entities inside words using spaCy
2
Can ELMO embeddings be used to find the n most similar sentences?
2
How do you build a language model to predict the contextual similarity between two documents?
2
How would you build an AI to output the primary concept of a paragraph?
1
How to make spacy lemmatization process fast?