Why would DDPG with Hindsight Experience Replay not converge?

I am trying to train a DDPG agent augmented with Hindsight Experience Replay (HER) to solve the KukaGymEnv environment. The actor and critic are simple neural networks with two hidden layers (as in the HER paper).

More precisely, the hyper-parameters I am using are

I trained the agent for 25 episodes with a maximum of 700 time-steps each and got the following reward plot: 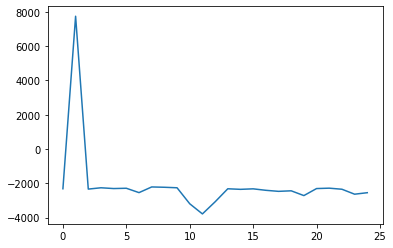 The reward shoots up to a very high value of about 8000 for the second episode and steeply falls to -2000 in the very next time step, never to rise again. What could be the reason for this behavior and how can I get it to converge?

PS : One difference I observed while training this agent from while training a simple DDPG agent is that for simple DDPG, the episode would usually terminate at around 450 time-steps, thus never reaching the maximum specified timesteps. However, here, no episode terminated before the specified 700 maximum time steps. This might have something to do with the performance.

3
How does Hindsight Experience Replay learn from unsuccessful trajectories?
3
Has anyone been able to solve OpenAI's hardcore bipedal walker with their implementation of DDPG?
2
What is the difference between success rate and reward when dealing with binary and sparse rewards?
1
DDPG doesn't converge for MountainCarContinuous-v0 gym environment
2
Can I add expert data to the replay buffer used by the DDPG algorithm in order to make it converge faster?