How to use sigmoid as transfer function when input is not (0,1) range in ANN?

I am building my first ANN from scratch. I know that I need a transfer function and I want to use the sigmoid function as my teacher recommended that. That function can be between 0 and 1, but my input values for the network are between -5 and 20. Someone told me that I need to scale the function so that it is in the range of -5 and 20 instead of 0 and 1. Is this true? Why?

There are several functions that can be denoted as sigmoid functions, such as the logistic function and the hyperbolic tangent, given that they have an $S$-shaped curve. You can find more info about them in the related Wikipedia article.

However, when people use the term sigmoid function, they typically refer to the logistic function, which is a function of the form $$\sigma: \mathbb{R} \rightarrow [0, 1],$$ So, it accepts any real number and produces a number between $0$ and $1$, so you can pass any real number (as input) to the sigmoid.

The standard logistic function $\sigma$ is mathematically defined as follows 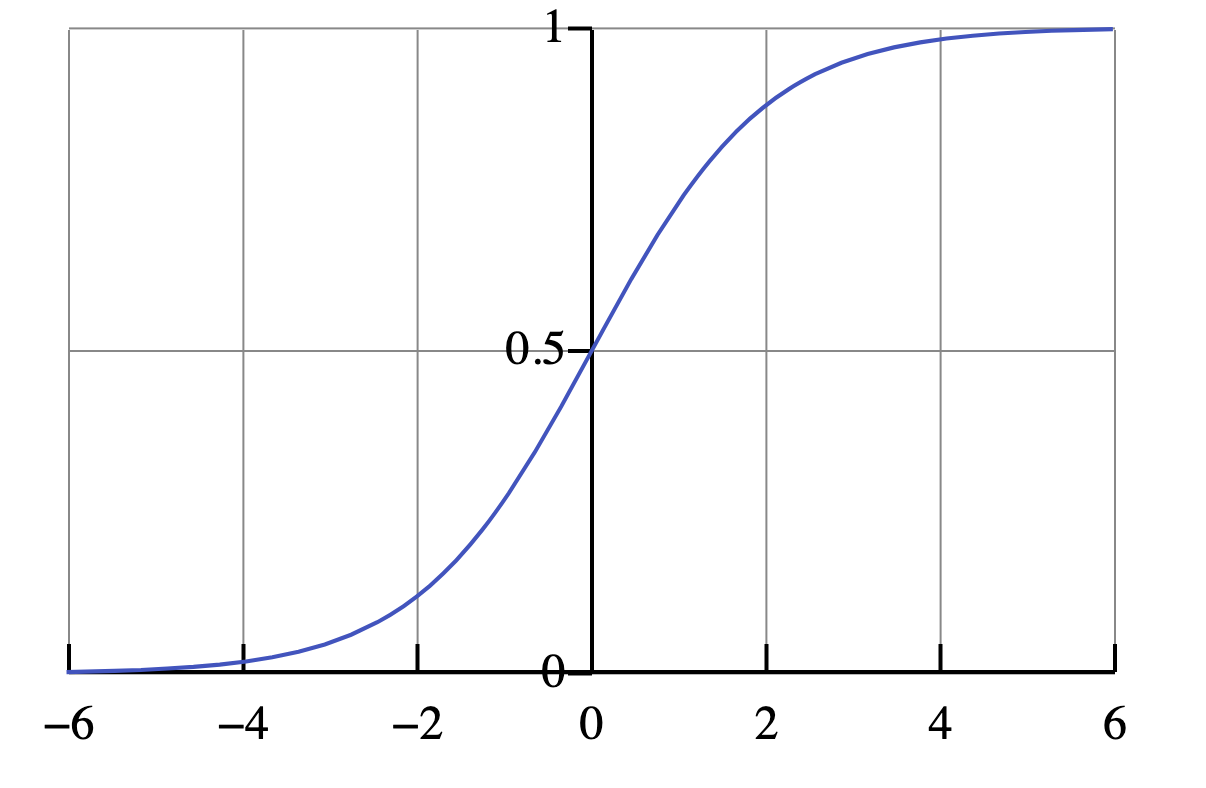 That function can be between 0 and 1 but my input values for the network are between -5 and 20. Someone told me that I need to scale the function so that it is in the range of -5 and 20 instead of 0 and 1. Is this true? Why?

No, in principle, you do not have to scale your inputs, for the reasons I have just explained. However, this does not mean that, in practice, it may not be a good idea to standardize or normalize your inputs before feeding them into the neural network. See the vanishing gradient problem (VGP) in this article (by J. Brownlee), or this one (by M. Nielsen), or in this video (by A. Ng). Moreover, you should probably actually use another activation function, such as the ReLU, which does not suffer from the VGP (which, nevertheless, should not occur, if your neural network does not contain more than a couple of hidden layers).

I presume when you say input you may be referring to the target values (the things you are trying to predict). If not, then some parts of your question might not make sense, like your proposal to apply a scaling.

In any case I would consider what the target distribution is before using a sigmoid and applying a scaling. The thing about a sigmoid is that the model has to be very confident in order to predict a value close to the boundaries. So in your case, the model would have to be really confident about something for it to output a -5, and it would have to be really confident of the opposite to output a +20. I would be surprised if this is what you are really looking for in this case.

Let's say your target distribution is uniform. Then your best bet is to use a linear activation, and maybe use max/min to clip it. Then it would behave a lot like a ReLU.

If I haven't quite nailed it with this answer, can you give more info on what you are predicting?

Not the answer you're looking for? Browse other questions tagged neural-networks activation-function sigmoid or ask your own question.

10
What's the difference between hyperbolic tangent and sigmoid neurons?
8
Are ReLUs incapable of solving certain problems?
22
How to choose an activation function for the hidden layers?
7
How can a neural network approximate all functions when the weights are not allowed to grow exponentially?
0
Target values of 0.1 for 0 and 0.9 for 1 for sigmoid
2
Why do non-linear activation functions not require a specific non-linear relation between its inputs and outputs?
3
How do layers in an artificial neural network transform inputs to outputs?
7
Smallest possible network to approximate the $sin$ function
2
Why is there tanh(x)*sigmoid(x) in a LSTM cell?