How does Google's 2016 GNMT architecture work?

I'm trying to read this paper describing Google's LSTM architecture for machine translation from 2016. However, I'm getting stuck as certain things are described too vaguely for me. 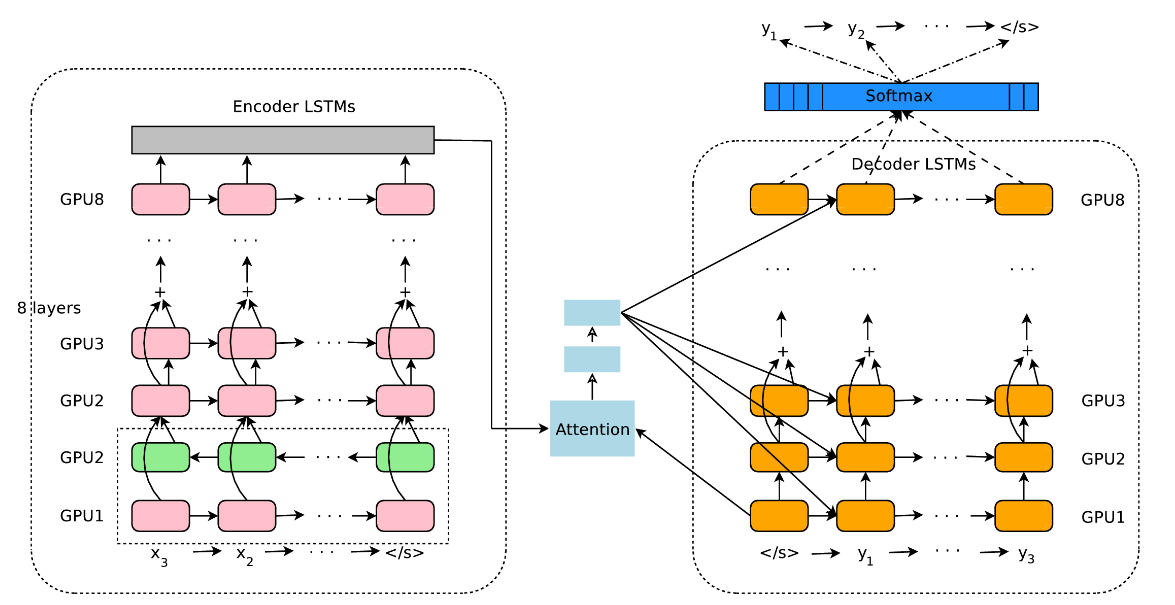 This is a picture of the architecture. I just want to understand the encoder for now (the left block). The pink and green blocks are LSTM cells, I understand.

2
Does this diagram represent several LSTMs, or one through several timesteps?

3
How does Google's self-driving car identify pedestrians?
5
How to create and train (with mutation and selection) a neural network to predict the next state of a board?
6
How does weight normalization work?
6
A mathematical explanation of Attention Mechanism
9
Can the decoder in a transformer model be parallelized like the encoder?
2
How to represent integer values in sequence to sequence prediction task in encoder-decoder LSTM?
1
How should I design this LSTM network to perform stock prediction?
1
Does Google's deep dream project have a specific website for playing with it?
2
Does this diagram represent several LSTMs, or one through several timesteps?