How to obtain the policy in the form of a finite-state controller from the value function vectors over the belief space of the POMDP?

I was reading this paper by Hansen.

It says the following: 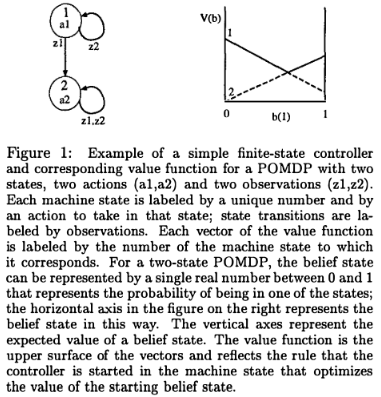 I am unable to guess how the left-side finite-state controller is formed from the right side belief space diagram. Does the above text provide enough explanation for the conversion? If yes, I am not really able to fully get it. Can someone please explain?