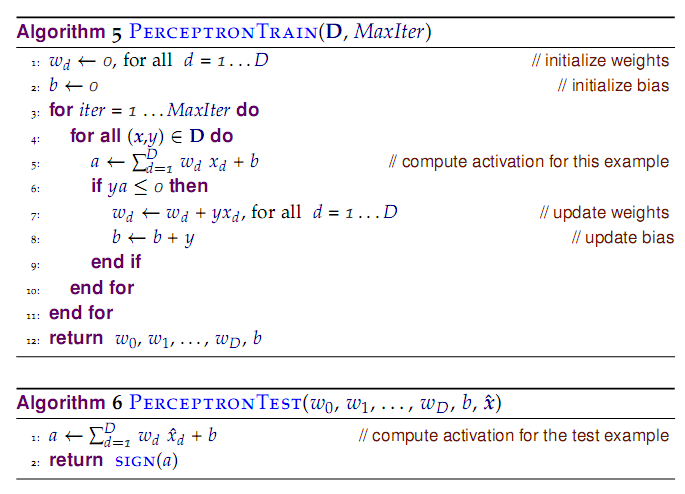 I understand that $D$ is the size of the input vector $x$.

Y is the desired output of the perceptron (often referred to as target) , for the given set of input vectors.

This means Either of the following :

This means the target output is 1 but as the activation is <0 so Perceptron is outputting -1. So we must move the weight vector close to this set of input vector so that the activation can become >0 (angle decreases) and the Perceptron can output the desired output. So : W = W+X Or W=W + YX

Again , Y.a=0 is a boundary case. By now I think you can understand the rationale behind Y.a=0. If any doubt , comment to this answer , I will explain it.