How can I perform the forward pass in a neural network evolved with NEAT, given that some connections may not exist or there may be loopy connections?

I have a problem that arose as part of a NEAT (Neuro Evolution Through Augmenting Topologies) implementation that I am writing. I am wanting it to produce topologies or graphs that describe neural networks, similar to the one below. 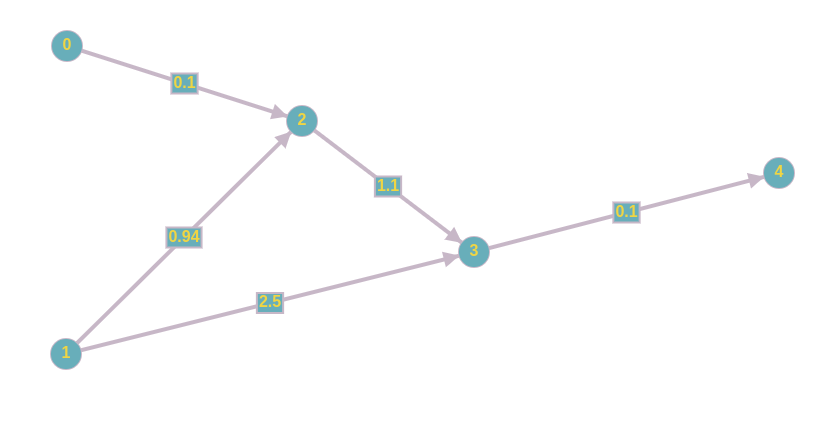 Now, I want to perform the forward pass of this neural network with some data, and, based on how well it performed in that task, I assign it with a fitness value, which is used as part of the NEAT evolutionary algorithm to move towards better architectures and weights.

So, as part of the evolution process, I can have connections that can cause internal loops in the hidden layers and there is the possibility that a skip connection is made. Because of this, I feel the regular matrix-based forward pass (of fully connected MLPs) will not work in order to perform the forward pass of these evolved neural networks, and hence I want to know if an algorithm exists that can solve this problem.

In short, I want this neural network to just take the inputs and provide me outputs - no training involved at all, so I'm not interested in the back-propagation part now.

The only way to solve this that I see is to use something on the lines of a job queue (the queue will consist of the nodes that needs processing in order). I feel this is extremely inefficient and I cannot allocate this simulation method a proper stop condition. Or, even when to take output from the neural network graph and consider it.

Can anybody at least point me in the right direction?

14
How can I automate the choice of the topology of a neural network for an arbitrary problem?
5
What happens if 2 genes have the same connection but a different innovation number?
6
How does mating take place in NEAT?
3
How does adjusted fitness penalize large species in NEAT?
6
How does the NEAT speciation algorithm work?
2
How to choose the activation function in neuroevolution?
3
What is the Preferred Mathematical Representation for a Forward Pass in a Neural Network?