If I train a U-Net model for image segmentation (e.g. medical images) and start training until it converges and then add augmentation - can i expect similar results as if i train with augmentation from the beginning ? 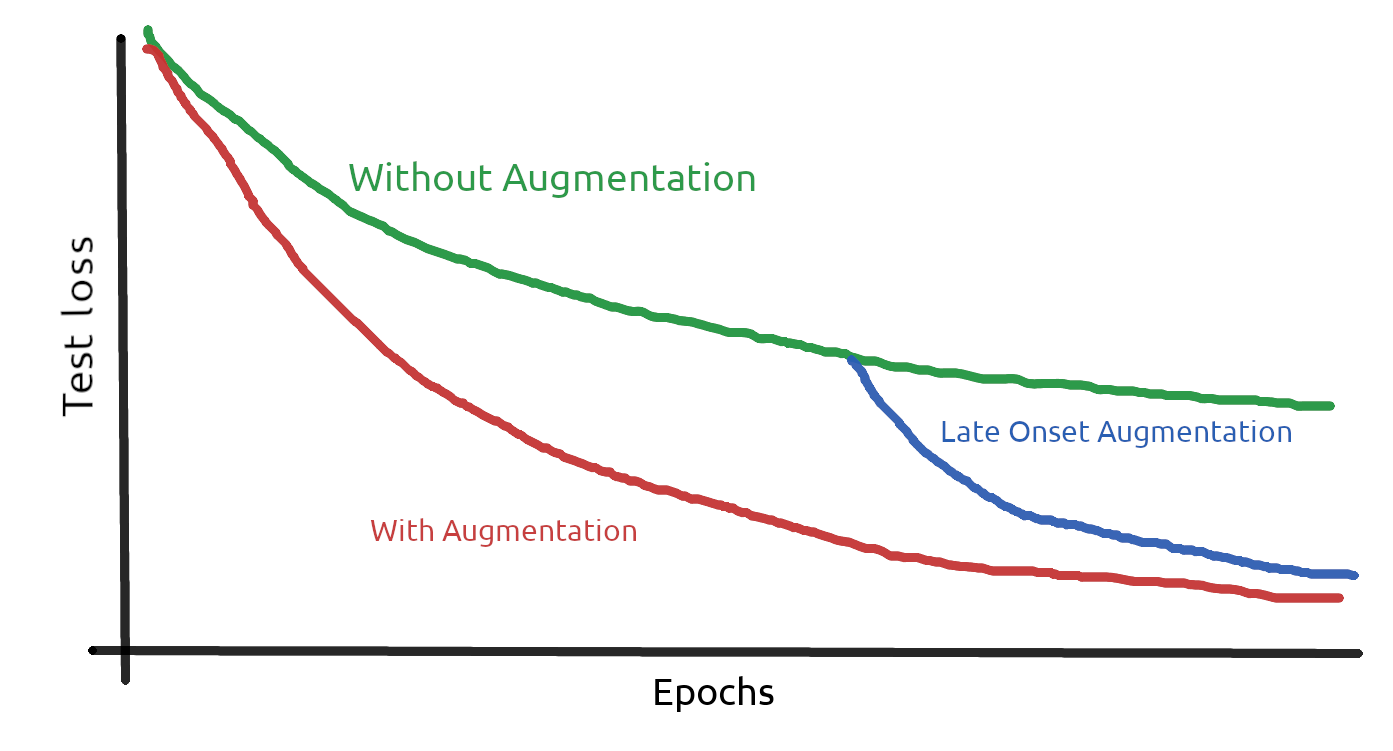 It would be better to run experiments on this. But, here's answer analytically.

The models will be different.

With augmentation, the network starts to learn to combat the noise too.

With late onset augmentation, the network will start to deviate from its original solution to combat noise.

Comparing this to the ball rolling down the hill, in case of augmentation, the ball will roll but will face a bit of friction (the noise due to augmentation). On the other hand, with late onset augmentation, it would be like the ball reached the bottom of hill, and now it has to face an uphill battle to model the noise. The ball will need to go a bit up the hill against gravity and friction due to noise.

I don't think it would be a good thing to do. But, running experiments is the only way we can confirm.

Not the answer you're looking for? Browse other questions tagged u-net generalization data-augmentation or ask your own question.

3
If I trained a model to perform semantic segmentation on images with only one object, would it also work on images with multiple objects?
1
Why does my model not improve when training with mini-batch gradient descent, while it does with Adam?
1
What is the difference between feature extraction with or without data augmentation?
1
Is creating dataset only by augmentation a bad practice?
1
Data augmentation for very small image datasets
1
Train Validation Test Splitting After or Before Data Augmentation?