Can predictions of a neural network using ReLU activation be non-linear (i.e. follow the pattern) outside of the scope of trained data?

Training on a quadratic function 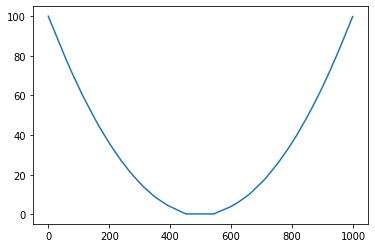 Unfortunately my model's predictions become linear outside of the trained dataset. 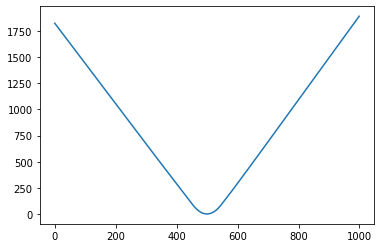 Here is how I define my model:

Here's a link to a google colab for more context.

It isn't too surprising to see behaviour like this, since you're using $\mathrm{ReLU}$ activation.

Here is a simple result which explains the phenomenon for a single-layer neural network. I don't have much time so I haven't checked whether this would extend reasonably to multiple layers; I believe it probably will.

If the result isn't clear, here's an illustration of the idea: 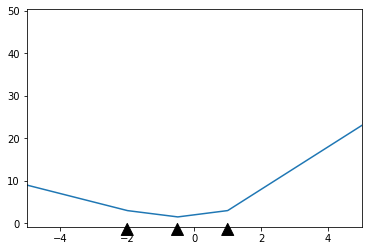 This is a $3$-neuron network, and I've marked the points I denote $r_i$ by the black arrows. Before the first arrow and after the last arrow, the function is just a line with constant gradient: that's what you're seeing, and what the proposition justifies.

Consider a non-linear regression on that dataset. Using a model of degree two, it would fit a quadratic exactly to your perfect data here. But I suppose you're asking about neural networks. You can have neural networks set up that are exactly equivalent to this kind of regression, so even with neural networks, yes you can get this non-linear extrapolation. Of course as you probably realise, you would have to know in advance what kind of behaviour you expect in this extrapolation before really trusting any extrapolated predictions.