I didn't get the line:

Therefore, we backtrack to $NT$, the most recent of these.

PS: Here is the map coloring example the book discusses: 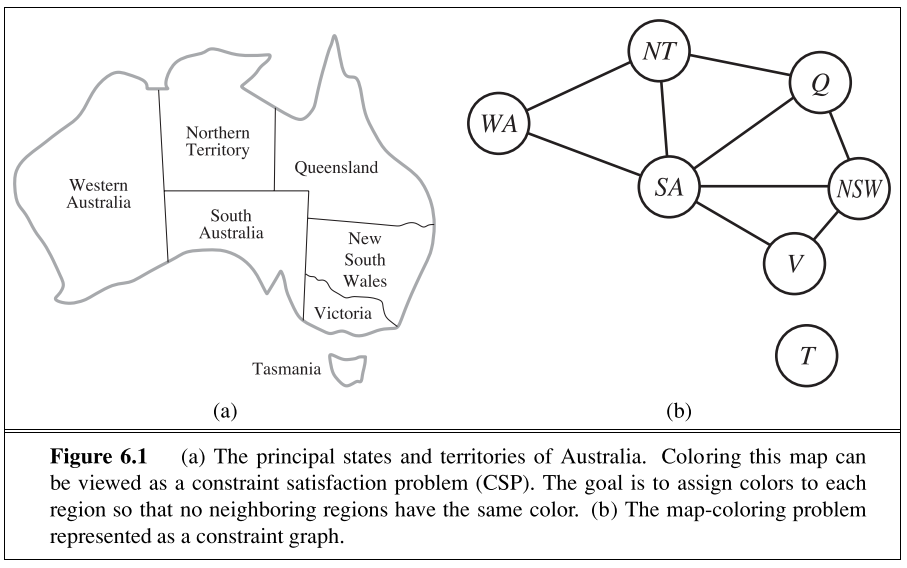 Browse other questions tagged constraint-satisfaction-problems norvig-russell or ask your own question.

2
Have evolutionary algorithms been used for engineering design?
2
Understanding the pseudocode of uniform-cost search from the book "Artificial Intelligence: A Modern Approach"
3
Are Genetic Algorithms suitable for problems like the Knuth problem?