TL;DR: I trained a DQN + HER model using stable-baselines library for a custom environment. I noticed that in most runs, sometimes the TD-Error will spike and then the success rate of my model plummets (which can be seen in the attached tensorboard logs). What is the problem here and what can I do to solve it? 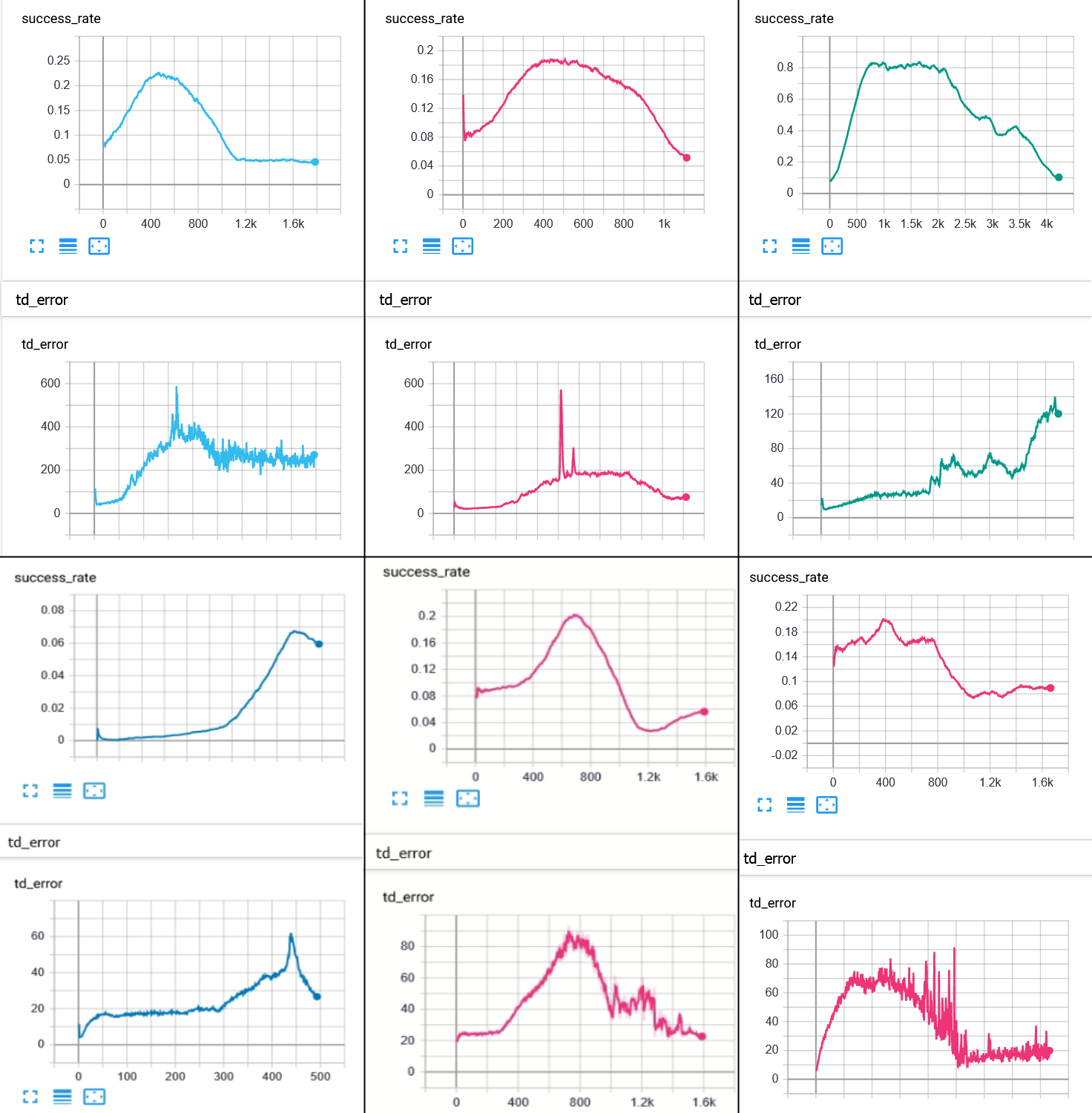 Note: I log the values to tensorboard every 10000 steps for memory reasons, so each point in the graph is an average of those 10000 steps. I cannot log the network loss, but I hope the TD-Error can substitute for that.

Long version: I am currently trying to implement a variant of this paper: PCGRL (Paper TL;DR: they use deep reinforcement learning to perform procedural level generation. They use a game level as state, a command to modify the level as action, and the quality of the level as reward. They use PPO as the algorithm). In their version, the goal of the agent is to produce the most complex level possible (the complexity is calculated using a certain formula). In my version, I make the agent produce a level based on user's specification. For example, the user can now specify how many enemies appear in the map and the minimum distance between the starting position to the level goal. This converts the problem into a multi-goal reinforcement learning (hence the HER + DQN).

Currently, this is my setup:

I have tried to make a toy version of the zelda problem mentioned in the PCGRL paper. In this version, the level only consists of empty and wall tiles. The user specifies the number of wall tiles that the level should have. Basically now it's like a 2D bit flipping environment and you determine the number of on bits.

Does anyone know why this happened? Is there anything that I can do to solve it? I am pretty new to Deep RL so any help is very appreciated.

3
My DQN is stuck and can't see where the problem is
3
What are the differences between the DQN variants?
4
Why does the DQN not converge when the start or goal states can change dynamically?
2
What is the difference between success rate and reward when dealing with binary and sparse rewards?
2
What exactly is the advantage of double DQN over DQN?
1
What is the optimal exploration-exploitation trade-off in Q*bert?
1
Why not use the target network in DQN as the predictor after training