Can you use a graph as input for a neural network?

We want to try and distinguish real voices from (deep)fake voices using the graphs generated by a discrete fourier transform (generated from .wav audio files). We know from each image if it is a real or a fake voice, so it's a supervised classification problem. An image would look like this: 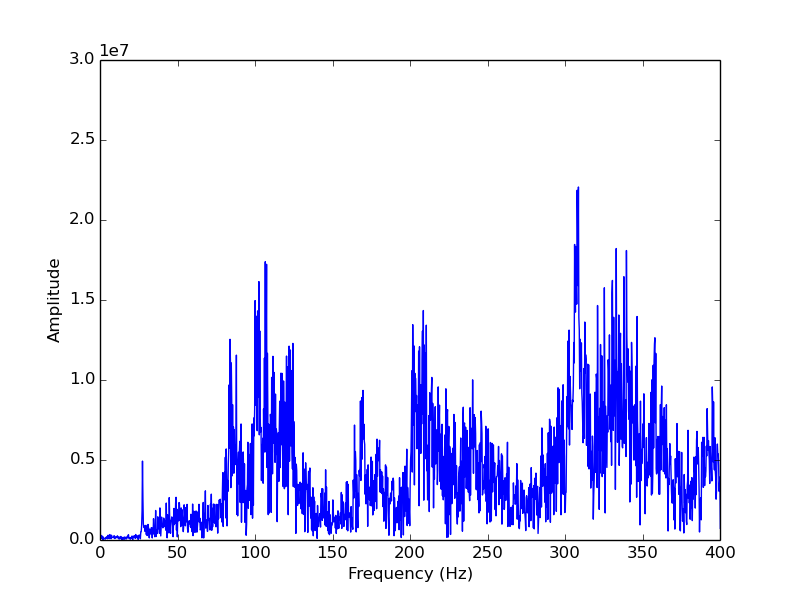 We think that real voices generate a graph with clear spikes, whereas fake voices have more noise resulting in less clear spikes. For this reason, we thought of using a CNN to take such an image as input (with x and y-axes ommited), and classify it as real or fake. Our concern is that it's actually a graph and not an image of an object, so we're not sure if this would be a good approach. We could also use the arrays generated from the fourier transform, but we're not sure how we could use that as input as we want to classify if it's real or fake, and not predict y for each x.

There no problem with the use of the data in form of an array to classify, whether the audio belongs to a real or fake voice. Just use 1d convolutional neural network with downsamplings or some global pooling operations, such that in the final layer the temporal extent of the signal has length 1. This would be the logit for binary classification.

However, as far as I understand, you get rid of phase after the Fourier transform, but it can be useful for the prediction. Probably, a better approach would be to use mel_spectrogram https://en.wikipedia.org/wiki/Mel-frequency_cepstrum for this problem.

Not the answer you're looking for? Browse other questions tagged neural-networks machine-learning or ask your own question.