Does Musk know what gradient descent is? 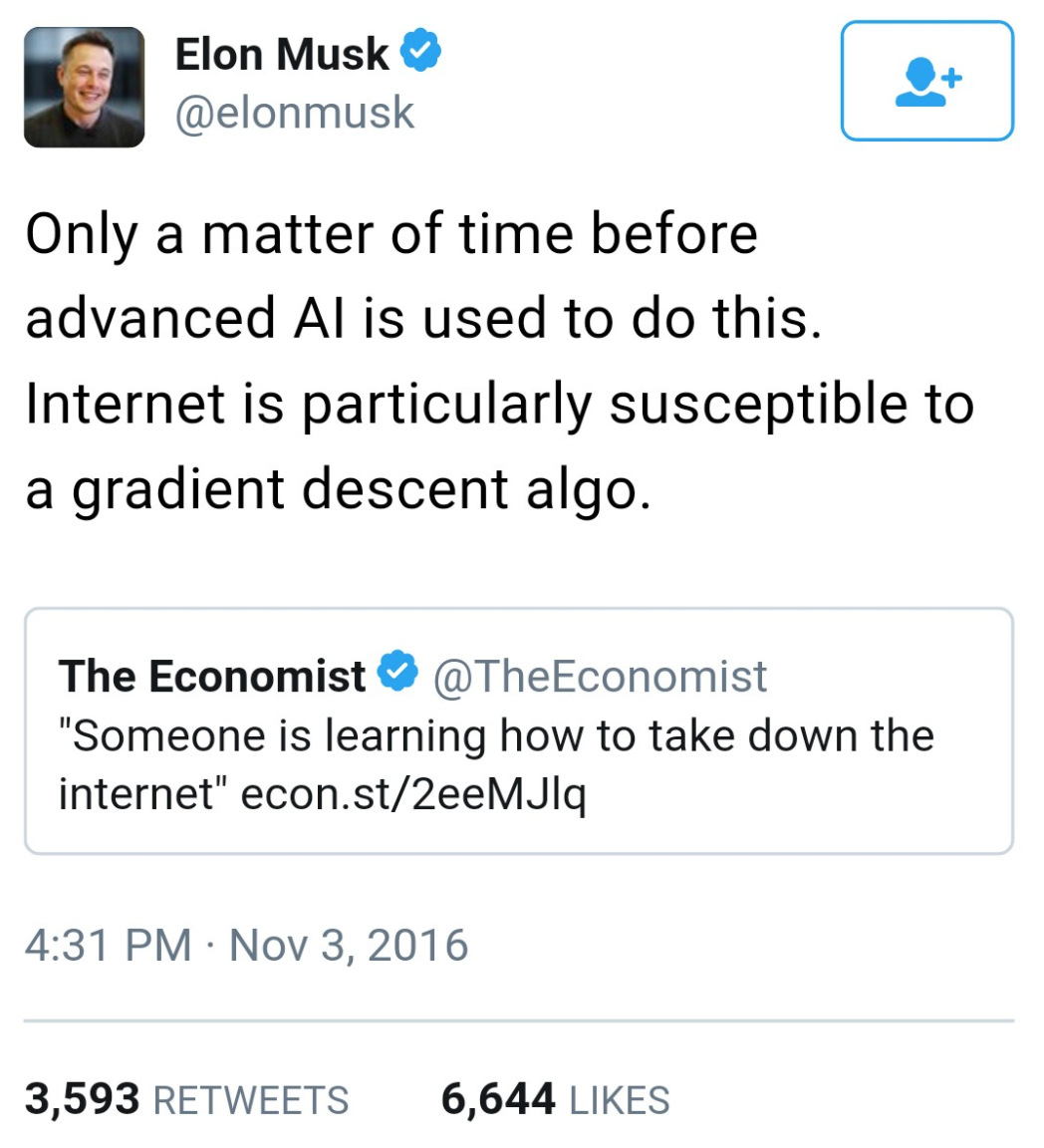 He is an intelligent man, so why would he say something like this? Does Musk know what gradient descent is?

machine-learning gradient-descent
Share
Improve this question
edited May 18 '20 at 14:51

I think Musk was using the terminology correctly though perhaps with hyperbole.

I believe this was tweeted in the context of the botnet attacks on name-resolution services that broke Netflix and a large number of other internet services for a time. He was expressing the idea that you could train a botnet-based system to attack the internet by giving it a toolbox of targets and hacks and using well-known machine-learning techniques to optimize the effectiveness of using the attacks in combination to take down the internet.

Gradient descent itself isn't harmful; it is using gradient descent to train a botnet that could theoretically result in a really devastating attack.

I also don't think he is necessarily implying that there is an actual machine learning system at work; rather that the hackers were training themselves with a methodology analogous to gradient descent.

Not the answer you're looking for? Browse other questions tagged machine-learning gradient-descent or ask your own question.