What is input (and shape) to K/V/Q of self-attention of EACH Decoder block of Language-translation model Transformer's tokens during Inference?

Transformer model of the original Attention paper has a decoder unit that works differently during Inference than Tranining.

I'm trying to understand the shapes used during decoder (both self-attention and enc-dec-attention blocks), but it's very confusing. I'm referring to this link and also the original Attention paper

In Inference, it uses all previous tokens generated until that time step (say kth time-step), as shown in the diagram below and explained at this link. 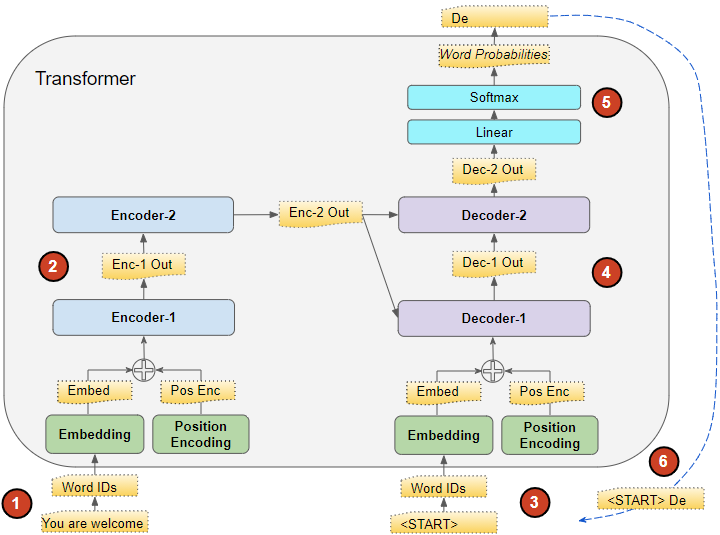 Another diagram that shows self-attention and enc-dec-attention within decoder: 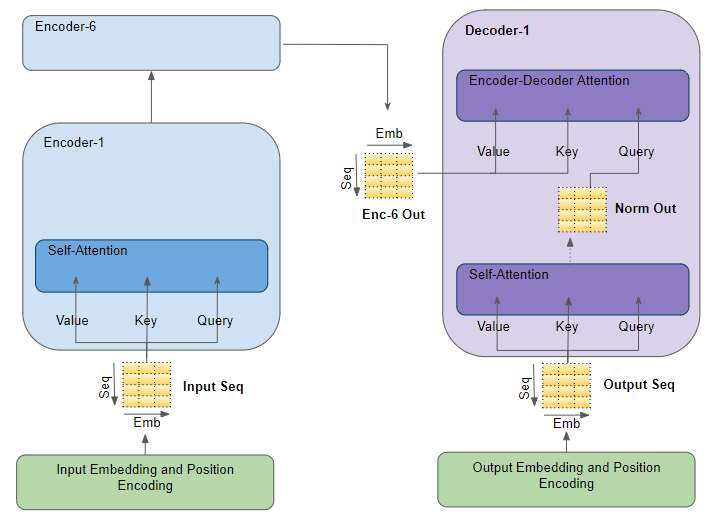 Let's assume 6 deocder blocks one after the other in the decoder stack (which is the base transformer model).

I'm very confused how the shapes for all matrices in the Decoder blocks after decoder-1 of the decoder-stack (more specifically decoder-block-2 decoder-3, decoder-4..., decoder-6 of the decoder stack) self-attention and enc-dec-attention can match up with variable length of input to the decoder during inference. I looked at several online material but couldn't find answer. I see only the BGemms in the decoder's self-attention (not enc-dec-attention) using the variable shapes until all previous k steps, but all other Gemms are fixed size.

OP seems to think value, query and keys are supposed to be different in the original Vaswani multi-head attention. As can be seen in Keras' documentation on their implementation of the multi-headed attention layer, "If query, key, value are the same, then this is self-attention."

One thing missing from the graphics you use are the skip connections in transformers. Look at figure 1 in the original Vaswani et al paper. The skip connections should make it quite obvious what the shape of the outputs have to be like after each layer; After all, you cannot add two tensors that do not have the same shape.

Also, consider the linear algebra involved in the mechanism; The inputs make up a matrix, and attention uses matrix multiplications afterwards. That should tell you everything regarding the shape those values need.

Here's a valuable visual that depicts attention in a slightly different way: 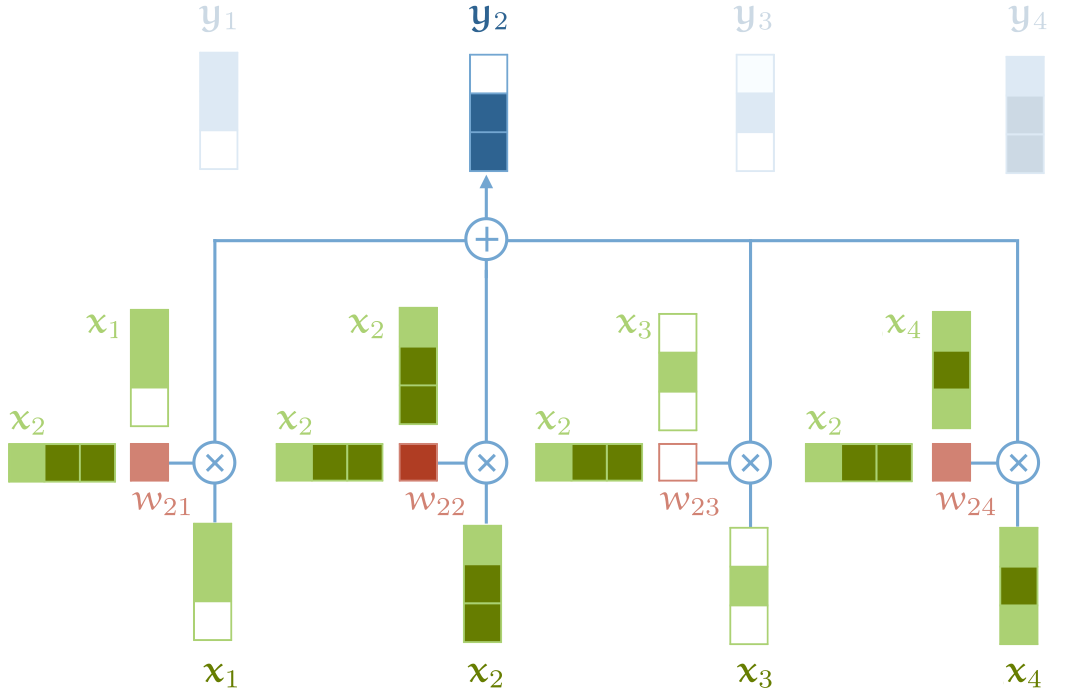 It's from this blog post which explains self-attention in-depth.

Transformers only output one prediction at a time because it is an autoregressive model.

Lets break a transformer during runtime step by step. The decoder gets the output as its input, which is done in the following manner:

So, if you want n outputs, the transformer will have to run n times. If you want to train it to stop by itself after a while, you can introduce an end-of-sequence token which stops inference once it's predicted by the transformer. The sequences that are being fed into the decoders and encoders are always max_length long. That length is preserved using padding.

Not the answer you're looking for? Browse other questions tagged transformer attention machine-translation language-model encoder-decoder or ask your own question.

2
Is the Mask Needed for Masked Self-Attention During Inference with GPT-2
3
What are the keys and values of the attention model for the encoder and decoder in the "Attention Is All You Need" paper?
2
Transformers: how to get the output (keys and values) of the encoder?
3
What's the difference between content-based attention and dot-product attention?
2
Are there any advantages of the local attention against convolutions?
0
Why people always say the Transformer is parallelizable while the self-attention layer still depends on outputs of all time steps to calculate?