Why do terms in the computation of state space size scale exponentially?

The image below is from a Berkeley AI course pdf I found. 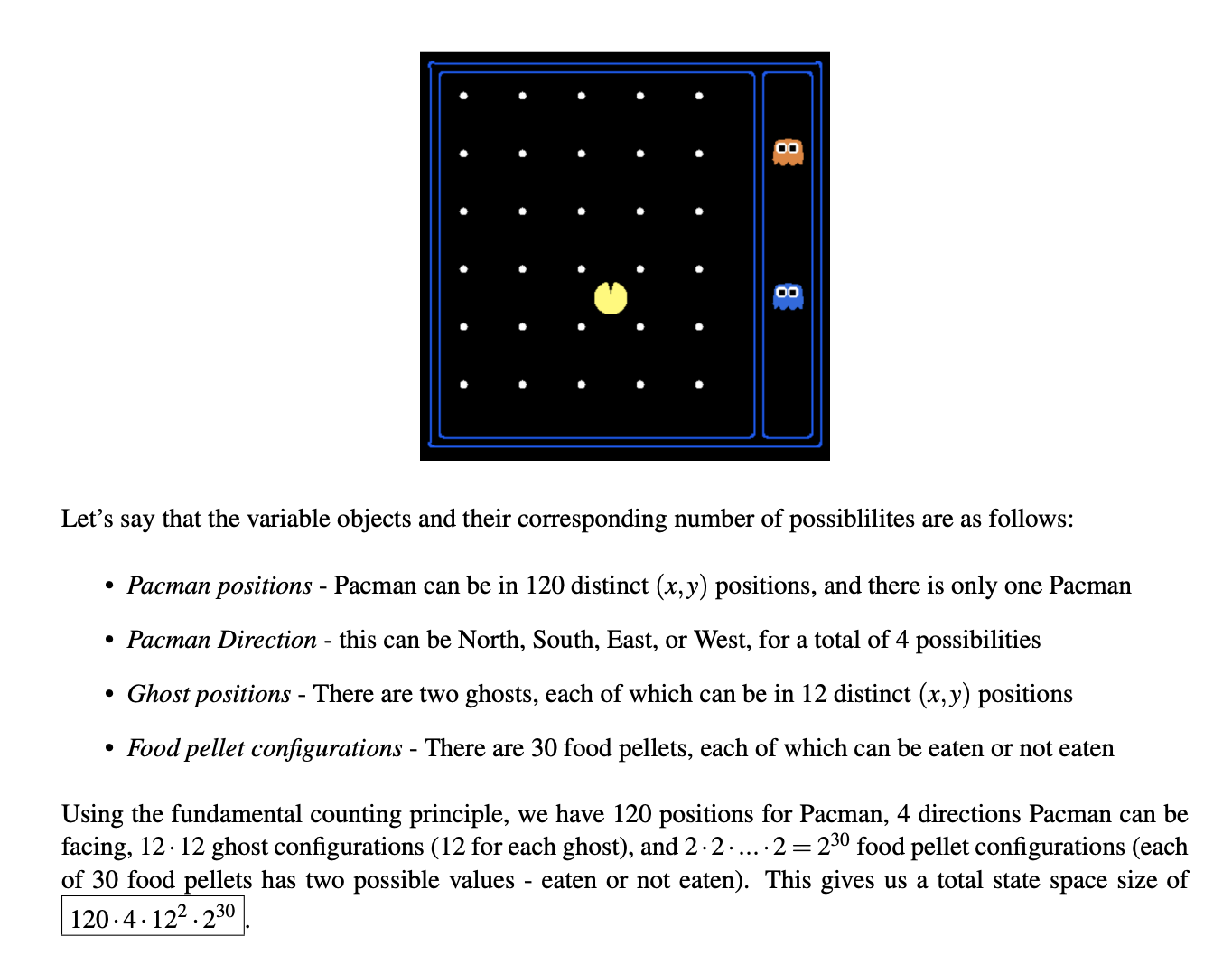 My question is, why do the terms accounting for the ghosts and pellets come in raised to the number of units?

Using * for a pellet, and - for a space, we have the following states:

That's 8 states. The authors are correct.

In this case, intuitively the state is essentially one long 30-bit number - you can replace pellets with 1 and spaces with 0. In general, the rule is that if some component of the state can vary into $n$ different sub-states independently of other components, then the size of the whole state space multiplies by $n$.

There is a slight oversimplification, in that the pacman might not be able eat the pellets arbitrarily (although in the example given it looks like they can). Some states might not be reachable. However, trying to figure out all the reachable states and enumerate them in a useful way so that there is still a simple vector model to learn from would be complicated - possibly more complicated than solving the reinforcement learning problem for the same game. It is easier to simplify the state representation and have a larger overspecified state space.

Not the answer you're looking for? Browse other questions tagged machine-learning reinforcement-learning state-spaces or ask your own question.

2
Why does the number of feature maps increases in the VGG model?
2
What is the time complexity of the value iteration algorithm?
1
Understanding the loss function in deep Q-learning
3
Clarifying representation of Neural Nerwork input for Chess Alpha Zero
1
Compute state space from variables in Q-learning (RL)
0
Understanding "belief states" in Bayesian RL