Does importance sampling really improve sampling efficiency of policy gradient methods such as TRPO or PPO?

while in TRPO it is:

There exists some problems of vanilla policy gradient, such that distance dismatch between parameter space and policy space and suffering poor sample efficiency.

For tackling this problem, where in TRPO, it introduces importance sampling for improving this. However when I compared the pseudocode of two algorithms, I don't see any obvious evidence that aids the point. They all firstly sampled multiple trajectories under current policy, wherein former one then just using the estimated gradient of loss function to update the parameter $\theta$, whereas in the latter one, also using the estimated gradient but under KL constraint to update the parameter $\theta$. It looks like they are almost in the same processure but with some subtle difference of the optimization progress.

And my question is that should it be more accurate to say that importance sampling just increases the stability of the sequential decision making process, or rather, avoid update too aggressively, but not directly improves the sample efficiency?

Is there any suggestion on this problem? Many thanks! 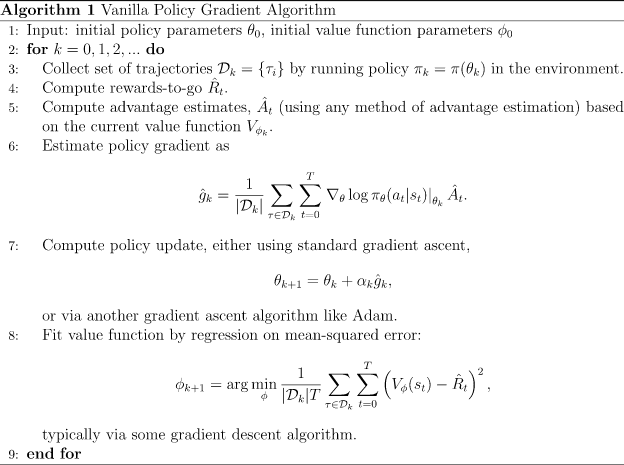 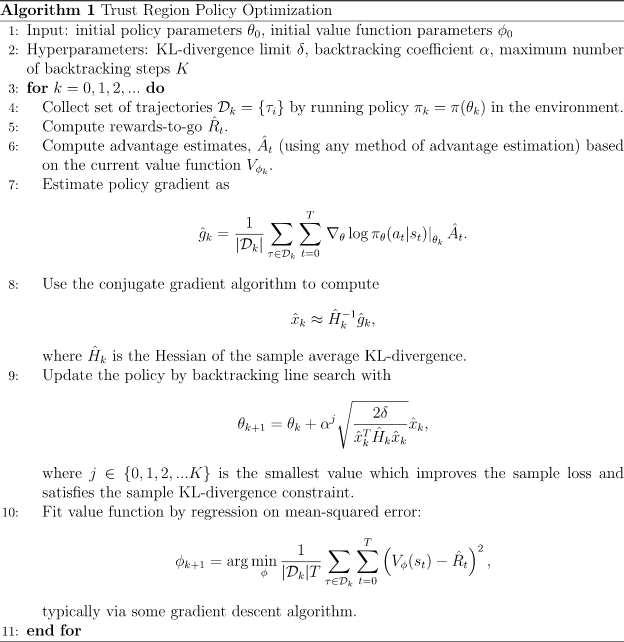 Given pseudocode of two algorithms, source from openai spinning up document.

The point of importance sampling is to use the same episode(s) to do multiple policy gradient updates. It will definitely increase sample efficiency over the strictly on-policy case, simply because in an off-policy algorithm we can use a single transition to do multiple updates, whereas we only get a single update from that same experience in the on-policy case.

6
Why is the log probability replaced with the importance sampling in the loss function?
3
Are these two TRPO objective functions equivalent?
2
Is the negative of the policy loss function in a simple policy gradient algorithm an estimator of expected returns?
2
How long should the state-dependent baseline for policy gradient methods be trained at each iteration?
1
What would be the importance sampling ratio for off-policy TD learning control using Q values?