I am watching the lecture by Abbeel on MDPs and Reinforcement Learning. The setup of the problem is the classic gridworld with optimal policy (and corresponding values of states) pictured below. 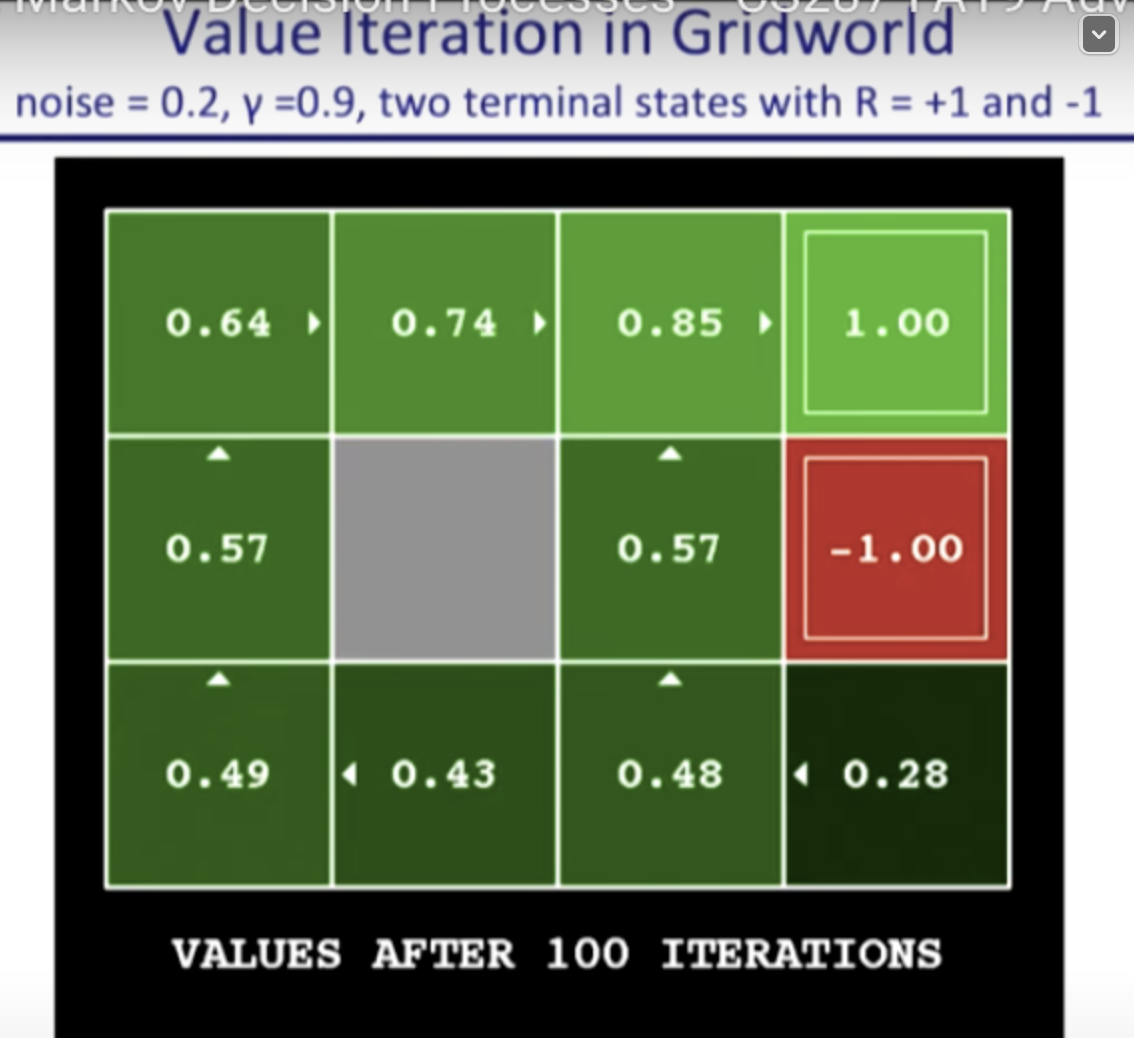 My question is this: Since the problem above shows the optimal policy (having solved/demonstrated the solution via the Value Iteration algorithm), is it possible that I solve for the values of the states manually (analytically), knowing that the optimal policy is give above? I expected that if I setup the (system of) equations, I should be able to recover the values that are printed in the figure above.

I represented the states of the gridworld as follows. $X$ is just a place holder since it is a blocked state.

The actions are already deterministic at this point, so I set $\pi(a|s) = 1$. For simplicity of notation, I just wrote $A$ as the value of state $A$ in the following equations:

There are a total of 9 equations of this form. When I solved for the unknowns $A,B,\cdots,J$, why am I not getting the values placed here in this figure?

Edit: I found an error that made the values way above 1. The error is now fixed. The values are now below 1, which is good. But why am I not getting the values indicated in this figure?

Please give some insights.

In the gridworld setting, you can replicate the lecture's results, by defining the reward function $R_t(s,a) = R(s)$, meaning that the reward function simply aggregates only on the current state and ignores the selected action and the next state, as well. With this modification, the state value of a terminal state always (after the 1st iteration) equals its reward (+1 or -1).

However, this is not very common in MDP implementations (e.g. in gym envs). I think that when this is the case, it should always be highlighted.

3
How does the initialization of the value function and definition of the reward function affect the performance of the RL agent?
5
Why does Q-learning converge under 100% exploration rate?
1
Bellman Expectation Equation leading to results where value iteration would not converge to the optimal policy
0
Converging to a wrong optimal policy if the agent is given more choices