I have a set-up which creates pictures of a grid that is a bit bend towards the ends, and I need some kind of program that can calculate the deviation, resp. it just needs to be some kind of indicator, a stronger deviation (strong bend) leads to higher number and something close to a perfect rectangular grid will lead to a number close to zero. What possibilities do I have to do that? I'm just asking for the Method. I can't use neural networks since I have little data, I can't generate lots of pictures. Is there any other method to implement a solution to that problem?

Here's an example picture of the grid: 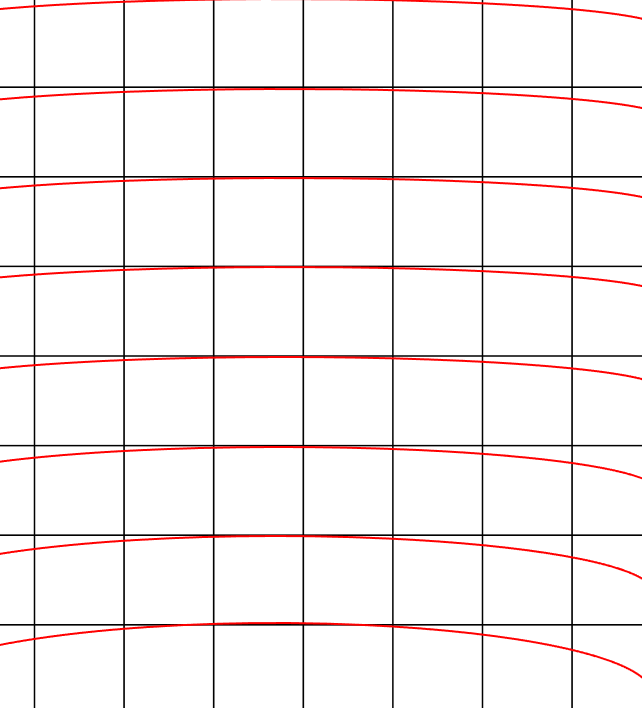 I need a program that calculates the mean deviation of the red lines from the perfect rectangular grid. What methods exists for such kind of problem apart from neural networks?

So, here's an idea, not perfect but it should give you at least a starting point.

I think its possible to refine the methods by getting pairs of left/right points and computing the slope of the line they form, if the slope value is lower than a threshold (close enough to 0) then again we can safely assume the 2 point belongs to the straight grid.

I didn't implement yet this step, but if you find it hard I could try, just don't want to spend too much time on it to then find that is not useful for you

Note also that the same procedure could be then applied not only on the edges bu to all vertical lines of the image. 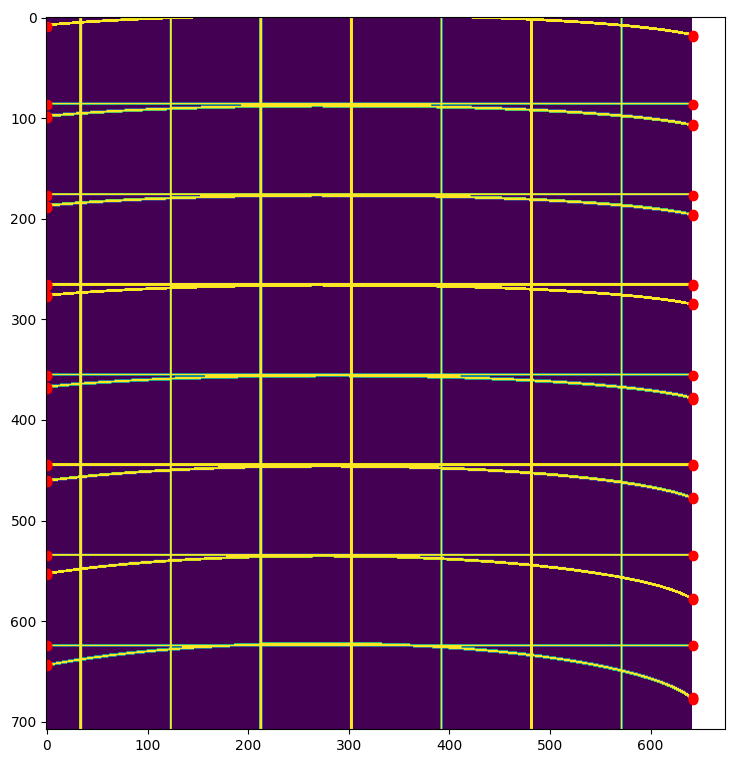 Not the answer you're looking for? Browse other questions tagged image-recognition image-processing .

3
Real time image processing for object recognition using security cameras
4
Optimizing image recognition results for unknown labels
3
How to calculate the size of a 3d object from an image?
1
How to manually collect rectangular training data samples from images?
1
What is the name of the method for the smart extend of image surroundings?