machine-learning terminology comparison
share | improve this question | |
edited May 2 '19 at 16:09

Machine learning has been defined by many people in different ways. One definition says that machine learning (ML) is the field of study that gives computers the ability to learn without being explicitly programmed.

Artificial intelligence has many more aspects, where machines do not get better at tasks by learning from data, but may exhibit intelligence through rules (e.g. expert systems like Mycin), logic or algorithms, e.g. finding paths. 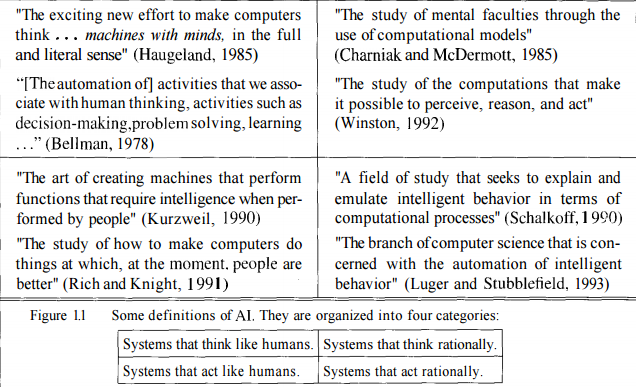 The definition which I like is by John McCarthy, "It is the science and engineering of making intelligent machines, especially intelligent computer programs. It is related to the similar task of using computers to understand human intelligence, but AI does not have to confine itself to methods that are biologically observable."

Machine Learning, on the other hand, is the field of AI which deals with making software to make better predictions for the output without being explicitly programmed. Various algorithms are used over a set of data to predict the future. Machine Learning is data-driven and data-oriented. Machine Learning is evolved from the study of pattern recognition and computational learning theory of AI.

In a nutshell Artificial Intelligence is a field of Computer Science which deals with providing machines the ability to perform rational tasks. Natural Language Processing, Automation, Image Processing, and many others are part of it.
Machine Learning is a subset of AI which is data oriented and deals with predicting. Used in search engines, Youtube recommendation list, etc.

This is also a good time to point out other StackExchange sites, Cross Validated and Data Science, which have quite a bit of overlap with this sit.

How is Artificial Intelligence different from Machine Learning https://www.linkedin.com/pulse/how-artificial-intelligence-different-from-machine-learning-singh 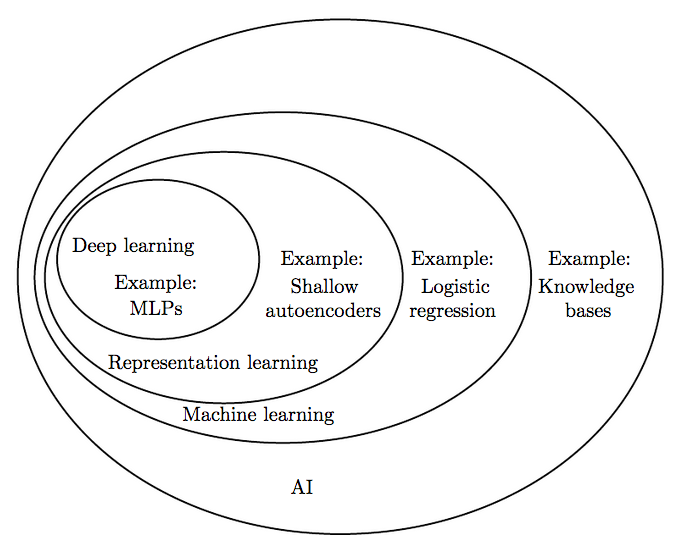 Machine learning is a science that involves development of self-learning algorithms. These algorithms are more generic in nature that it can be applied to various domain related problems.

Artificial Intelligence is a science to develop a system or software to mimic human to respond and behave in a circumference. As field with extremely broad scope, AI has defined its goal into multiple chunks. Later each chuck has become a separate field of study to solve its problem.

Theory-based AI is What led to the development of Machine Learning. Often referred to as a subset of AI, it’s really more accurate to think of it as the current state-of-the-art technology.

Machine Learning is acquiring knowledge about data using some self-learning algorithms and A.I is a field where machine accomplishes tasks without human support based on that knowledge acquired through learning. So this is what ML is the subset of AI mean.

Artificial Inteligence: A property of knowledge in an artificial entity in action.

Machine Learning : How to do a artificial entity to add information (Learn) for his knowledge 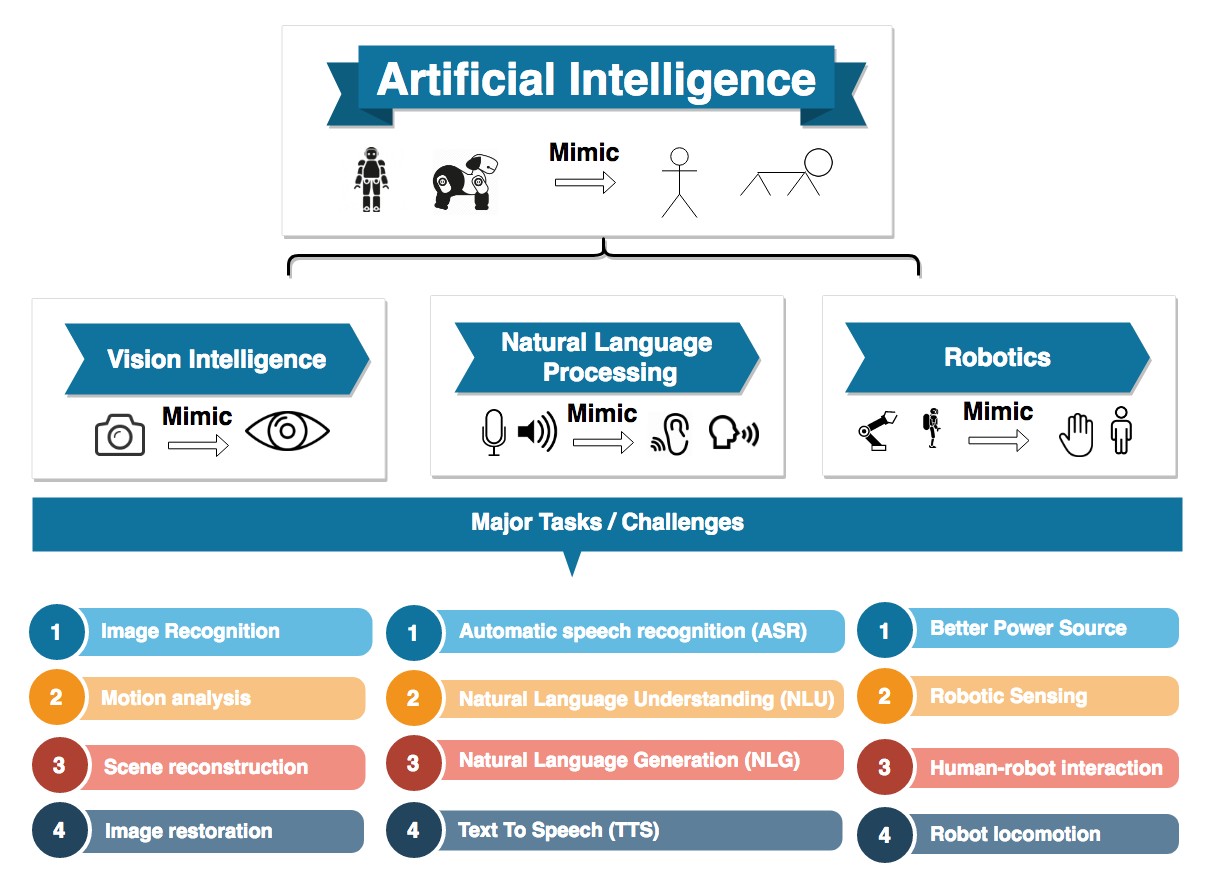 My AI Professor Rolf Pfeifer would have put it that way: (after having a long speach about what intelligence is, how it can be defined, different types of intelligence, etc.). ML is more static and "dumb", unaware of it's fisical environment and not made to interact with it, or only on an abstract basis. AI has a certain awareness of its environment and interacts with it autonomously, making thereby autonomous decisions with feedback loops. From that point of view, Ugnes Answer would be probably the closest. Besides that, off course, ML is a subset of AI.

Machine Learning is not a real intelligence (imho), it's mostly human intelligence reflected in logical algorithms, and as my Business Intelligence Prof would put it: about data and its analysis. Machine Learning has a lot of supervised algorithms which actually do need humans to support the learning process by telling what's right and what's wrong, so they're not independent. And once they're applied, algorithms are mostly static until humans reajust them. In ML you mostly have black boxes designs and the main aspect is data. Data comes in, Data gets analized ("Intelligently"), Data goes out, and Learning in most times applies to a pre-implementation/Learning fase. In most cases ML doesn't care about the environment a machine is in, it's about data.

So a drone which scans fields in a logical scheme for color patterns to find weeds within crops would be more ML. Specially if the data is later analized and verified by humans or the algorithm used is that a static algorithm with built in "intelligence" but not cabable of rearranging or adapting to its environment. A drone which flies autonomosuly, charges itself up when battery's down, scans for weeds, learns to detect unknown ones and rips them out by itself and brings them back for verification, would be AI...

Before getting into difference is important to get clear on what does they mean exactly.

Artificial intelligence is the science and engineering of making computers behave in ways that, to mimic human behavior - Andrew Moore

Not the answer you're looking for? Browse other questions tagged machine-learning terminology comparison or ask your own question.

32
Why is Lisp such a good language for AI?
21
If digital values are mere estimates, why not return to analog for AI?
6
Which problems in AI are not machine learning?