Is plain autoencoder a generative model?

Also from this youtube video: here It says plain auto encoder is not a generative model. See last line from picture. 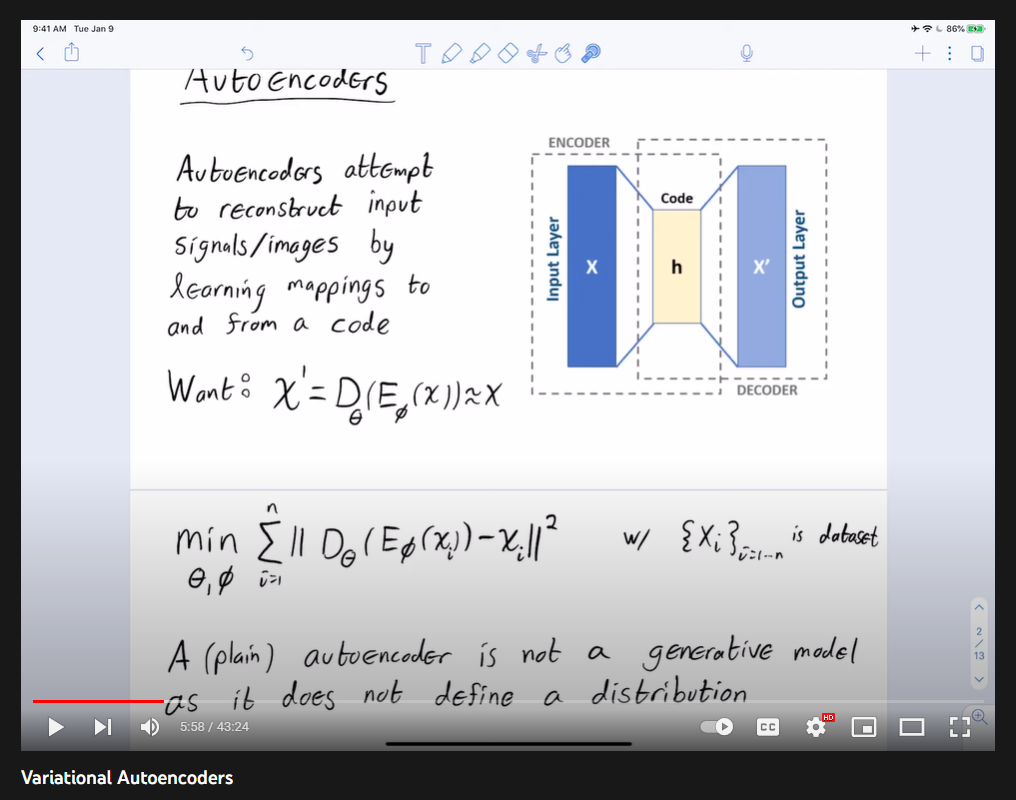 An autoencoder is not considered a generative model, because it only reconstructs the given input. You could use the decoder like a generative model by putting in different vectors. However, the standard autoencoder mostly learns a sparse latent space. This means that you will have distinct clusters in the latent space (see the left image below). The decoder has never learned to reconstruct vectors in between the clusters, so it will produce very abstract things - mostly garbage.

Instead a variational autoencoder (VAE) is considered a generative model. It's basically an autoencoder with a modified bottleneck. This VAE learns a dense latent space (see image on the right), this means you can sample any vector from the latent space, pass it to the model and it will give you a nice result with somewhat interpolated object properties from the dataset.

This article provides a nice overview of the two models. 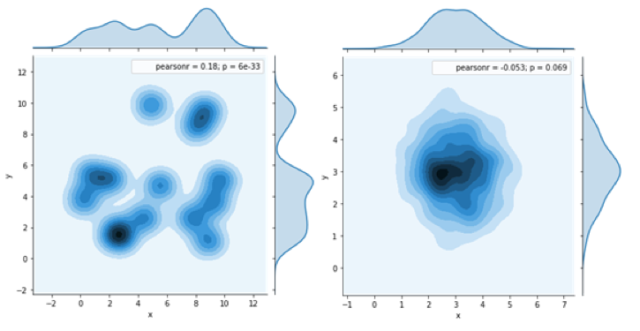 Just as completing, in general, the autoencoders are an unsupervised learning technique in which we use neural networks for the task of representation learning. Specifically, we'll design a neural network architecture to impose a network bottleneck, forcing a compressed knowledge representation of the original input. In this case, we dont generate any new data and just compress them. In the case of VQ-VAE or VAE, we generate new data because the architecture encodes all data in latent space and samples from that (continuous in VAE and discrete in VQ-VAE). Therefore, although the decoder will generate similar outputs (if regulated well), the input data is not just a compressed version.For better understanding, in VAE, the mean and variance of encoded data are used for generation.

Not the answer you're looking for? Browse other questions tagged deep-learning autoencoders generative-model .